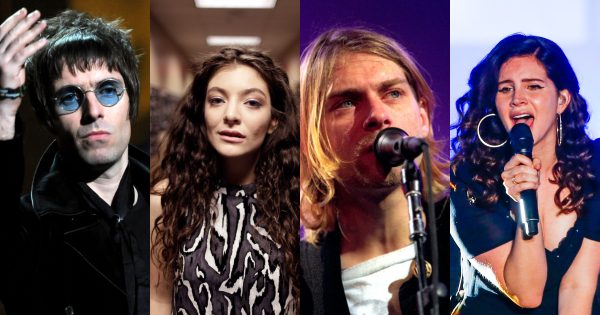 For many fans, there are certain songs that are their favorites, however, there are some that are not. for the same artists or bands that sang or composed them. This due to different reasons, such as be uncomfortable singing them again, after a while they are ashamed of their creation, or they just don’t like it anymore.

Next, we leave you a fine selection of great and iconic hits whose artists or bands now they hate.

In an interview with Rolling StoneKurt Cobain resented what is the flagship song of Nirvana, which at times refused to sing it live.

“Everyone has been very focused on that song. The reason it has such a great reception is that people have seen it on MTV a million times. Has been hit in their brains. But I think there are so many other songs I’ve written that are just as good, if not better than that song, like “Drain You.” It’s definitely as good as “Teen Spirit.” I love the lyrics and I never get tired of playing it. Maybe if it was as big as ‘Teen Spirit’, I wouldn’t like it that much, “he said.

The song also began to annoy the band, causing them to refuse to play it at some of their shows as well.

“It seemed like we lived the same four and a half minutes of our lives over and over again. It was incredibly brutalizing, ”Johnny Greenwood once said, recalling that audience members left after it was played.

Even Thom Yorke also yelled at the audience at one point: “Fuck it, we’re tired.”

In an interview with Pitchfork, Lana Del Rey referred to the part of the lyrics where she says “he hit me and it felt like a kiss.”

“Dislike. No longer. I don’t sing it. I sing “Ultraviolence,” but I no longer sing that line. Having someone aggressive in a relationship was the only relationship I knew of. I’m not going to say that that (letter) was 100% true, but I feel comfortable saying that I was used to a difficult and tumultuous relationship, and that it wasn’t because of me. It did not come from my side, “he explained.

In an interview with Pop Justice, Lady Gaga opened up emotionally about how she felt about her big hit in collaboration with Beyoncé.

“I hate ‘Telephone.’ Is it terrible to say? It’s the hardest song for me to listen to, “he said.” In the end, the mixing and finishing the production process was very stressful for me. So when I say it’s my worst song, it has nothing to do with the song, just my emotional connection to it, “he added.

Liam Gallagher dislikes what is Oasis’ most popular song, especially because of its international success.

I can’t stand that damn song. Every time I have to sing it, it makes me want to vomit. The problem is, it was a great tune for us. You go to America and they say, ‘Are you Mr. Wonderwall?’ It makes you want to hate them, “he said.

While she doesn’t hate her song, Lorde believes it doesn’t represent her best work as an artist.

“I understand why it worked and why it was kind of a success, I can see those qualities in her, but at the same time there is a part of me that is like… ‘These melodies are just not as good as others’ (…)’ definitely I wouldn’t have written this lyrics that way if I had written it now. ‘It definitely feels like an heirloom,’ he told the magazine. Seventeen.

The pop princess made fun of this song during her Onyx Hotel Tour in 2004, as she took the stage. “I have to go? I haven’t even sung “Sometimes” yet! Oh God! I never liked that song anyway! ”He said.

John Lennon was notoriously having creative differences with his bandmate, Paul McCartney, and even called his friend’s style “granny music.”

Regarding Let It Be, Lennon recalled: “I don’t know what you think when you write ‘Let It Be’. That’s Paul. What can you say? Nothing to do with The Beatles. It could have been Wings (McCartney’s band). I think it was inspired by “Bridge Over Troubled Waters (sic)” (by Simon & Garfunkel). That’s how I feel, even though I have nothing to do. I know I wanted to write a Bridge over Troubled Waters ”.

Why? 10 popular songs whose artists or bands later hated