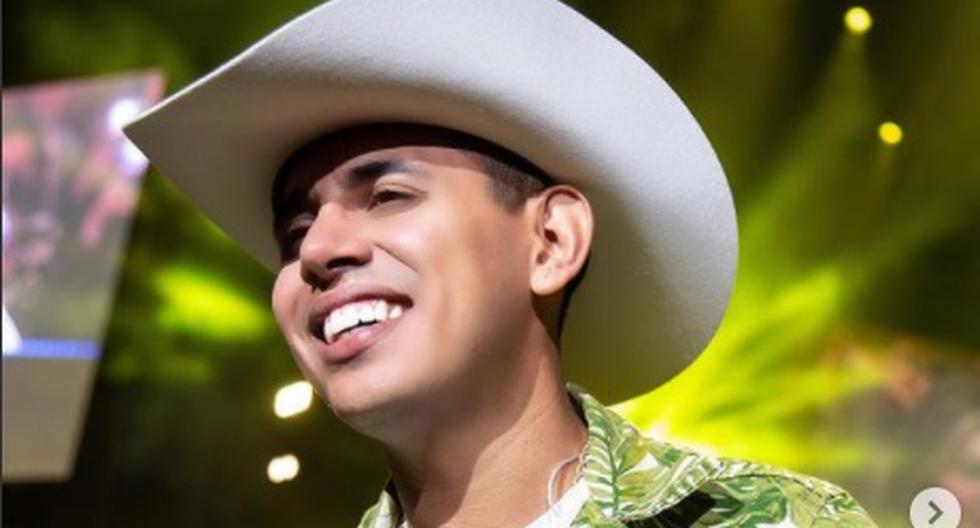 Firm Group It is the Mexican regional music group of the moment, especially after winning the Latin Grammy 2021 for the best band music album for “We have fun achieving the impossible”, of which songs like ‘Ya no’ and ‘When you had me’ are part.

MORE INFORMATION: Who is who in Grupo Firme?

Thanks to the success of the Mexican band, its members Eduin Cazares (Voice), Christian Téllez (Electric Bass), Joaquín Ruiz (Electric Bass), Dylan Camacho (Accordion), Fito Rubio (Drum), Oscar Limon (Maracas) and Jhonny Caz are very popular and their fans are aware of everything related to them.

It is because of that Jhonny Caz has given something to talk about when starring in a romantic moment: her boyfriend Jonathan Bencomo he proposed marriage. This happened last Friday, November 19, during a concert by Firm Group, when the young man took a microphone while the band interpreted “The world at your feet” to make the romantic proposal. But who is Jonathan Bencomo? Here we tell you.

WHO IS JONATHAN BENCOMO, THE BOYFRIEND OF JHONNY CAZ FROM GRUPO FIRME?

Jonathan Bencomo is the boyfriend of Jhonny Caz, member of “Grupo Firme”. The couple have already exceeded five years of relationship and are about to get married soon.

As can be seen on his Instagram profile, Jonathan Bencomo is an Engineer and works as a dancer. The young man and Jhonny Caz, from “Grupo Firme”, have openly shown their love and have made it clear that they are not afraid of third-party comments.

Jhonny Caz is the third voice in Grupo Firme and is Eduin’s brother. Now, he and his boyfriend will take a step further in their relationship and will marry soon.

Last Friday, November 19, Jonathan Bencomo interrupted a Grupo Firme concert to propose to Jhonny Caz. The young man took a microphone while the band performed “The world at your feet”, one of the most romantic in their repertoire.

“However tonight, fears and nerves are not as strong as the love I feel for you,” Jonathan said before kneeling down and offering an engagement ring to Jhonny Caz. Excited and very smiling, Jhonny Caz accepted and the couple melted into a hug.

After having such an emotional and romantic moment, Grupo Firme resumed the song that had started. “I would give you a whole life if I am born again. And if I could, I would put the whole world at your feet ”, Eduin Cázares was heard performing El mundo a tu pies, the group’s musical success released in 2019.

Jhonny Caz and Jonathan Bencomo have more than five years of relationship. However, the Grupo Firme member spoke openly about his sexual orientation at the end of 2020.

During a video available on YouTube, the third voice of the group declared his homosexuality in an interview with his brother.

“Yes, I’m gay (…) it’s something that I’m not ashamed of and it’s natural,” said Jhonny Caz during a live on the subject.

Regarding their relationship, it is known that they began dating some time ago. Jhonny Caz’s first appearance on Jonathan’s social networks was in 2019. Although on that occasion he referred to him as “a brother”.

The couple constantly show their love on social media and celebrate some of the most important holidays of the year together, such as the recent Day of the Dead and Halloween.

For this occasion, the bride and groom dressed up together. Jhonny was “Two-Face” while her now fiancé was the iconic “Joker.”

MORE INFORMATION: The house and the luxuries of Eduin Caz, the leader of Grupo Firme

HOW MUCH MONEY DOES GRUPO FIRME EARN PER TOUR?

“Firm Group” is a Mexican group of ranchera music. He has received nominations for a variety of programs including: Premios Juventud and Premio Lo Nuestro, winning the latter in 2021 with five distinctions.

Following your success, Firm Group has been featured in Pollstar magazine’s Top 10 Highest Paid Groups. This is one of the world’s leading trade publications for the concert and live music industry, and it is also one of the most successful consultancies internationally in this industry.

In its most recent evaluation of the music industry, Pollstar revealed that Billy Joel, Bruno Mars and Grupo Firme are the artists with the highest income so far this year in the United States, this according to information from Bandamax.

Specifically, it was revealed that “Grupo Firme” has an estimated income of $ 3 million per tour, ranking third on this list.

Who is Jonathan Bencomo, the boyfriend of Jhonny Caz from Grupo Firme