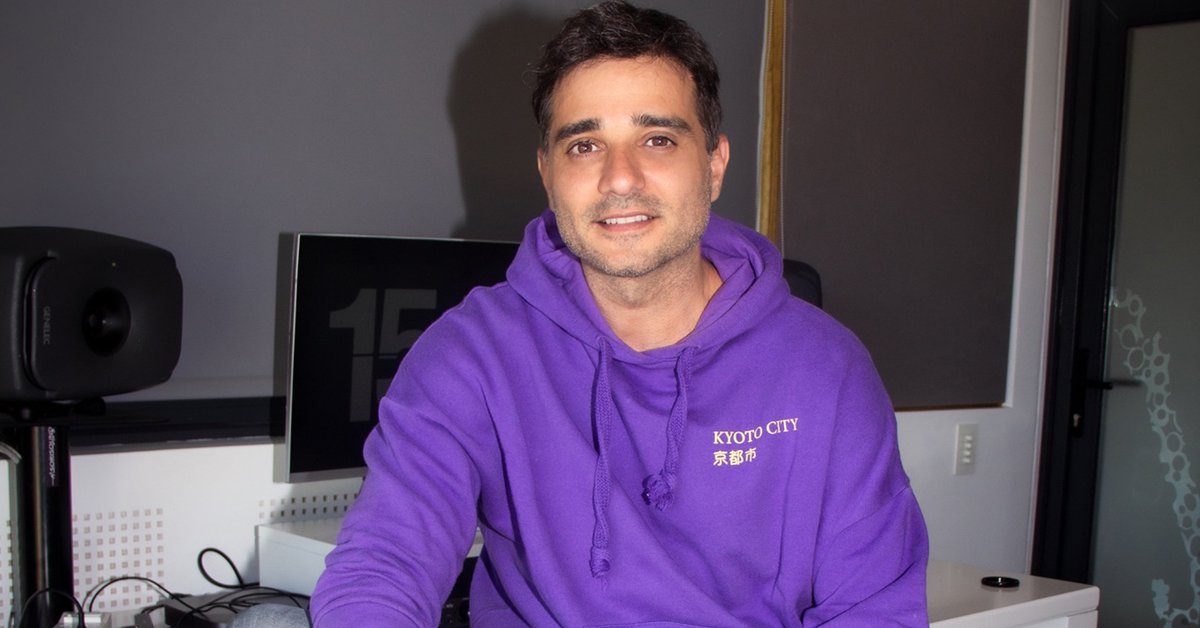 Duki, Nicki nicole and Bizarrap They are three of the Argentine artists of the new generation who are standing out around the world. With less than 25 years and each one in his own way, they represent the country with their music and with every step they take. And behind their successes, are their corresponding work teams, which are in command of Federico Lauria, owner of the production company Lauria Entertainment and the record label Dale Play Records.

This week, Lauria received an important recognition from Billboard, in its United States edition. Every year, the magazine makes the list 40 Under 40, which highlights the 40 pillars of the music industry under 40 years of age. A) Yes, Argentine is the only Spanish-speaking figure on this prestigious list, designated as one of the outstanding music executives for his notable participation in promoting the music of our country in the international market.

The list 40 Under 40 was chosen by the Billboard editors on the basis of factors that contemplate nominations by their peers and colleagues, professional achievements and actions of global impact in the music industry.

And when defining the work and importance of Lauria in the music industry, Billboard He highlighted it as follows: “Federico Lauria, in addition to being one of the most important producers in South America, in which the production of concerts such as Luis Miguel, Maluma, J Balvin, Bad Bunny, Alejandro Sanz, among others, he was the great promoter in developing and accompanying the Argentine urban music movement that we are witnessing today ”, they stated.

And they added: “With Dale Play he achieved great milestones last year: Nicki Nicole became the first Argentine artist to perform on The Tonight Show starring Jimmy Fallon; Duki, leader and fundamental pillar of the movement, received two Latin Grammys nominations and made a successful tour in Spain; and the producer Bizarrap became the artist with the most reproductions via streamings of the country globally on Spotify in 2020″.

Federico Lauria with Nicki Nicole and her team, after their historic performance on the Jimmy Fallon show (Photo: Instagram)

Upon learning that he was selected by the US publication, Federico Lauria, 39 years old, stated: “It is beautiful what is happening with Argentine artists in the world and my ‘obsession’ is to continue doing everything possible so that music and they have the place they deserve”, Said who also opened new international offices, both in the United States and in Spain.

“The focus was always to develop a new breed of artists and expand them. We took on different genres, we chose and built from that place. Betting on the new generation, as well as children, has to do with the idea of off-line things that work well in a way on-line”, defined Lauria in 2018, in an interview with Billboard Argentina when talking about how you choose the projects you decide to support in their development.

“Our job is to identify content with high digital penetration (…) and translate it into real ticket sales. The decisions that are made between the manager, the promoter and the artist are fundamental to their careers. There is no need to overextend yourself or skip stages. All the artists we worked with grew up step by step. It is up to us to choose the right prices and places. Behind each step there is a reason and in turn a plan for the next step ”, he closed.

Ana Rosenfeld’s concern after her husband was admitted to COVID-19: “I only pray”
Who are the guests of Mirtha Legrand, Andy Kusnetzoff and Luis Novaresio this weekend
The Kingdom: in the midst of the success and controversies of the first season, they confirm the second