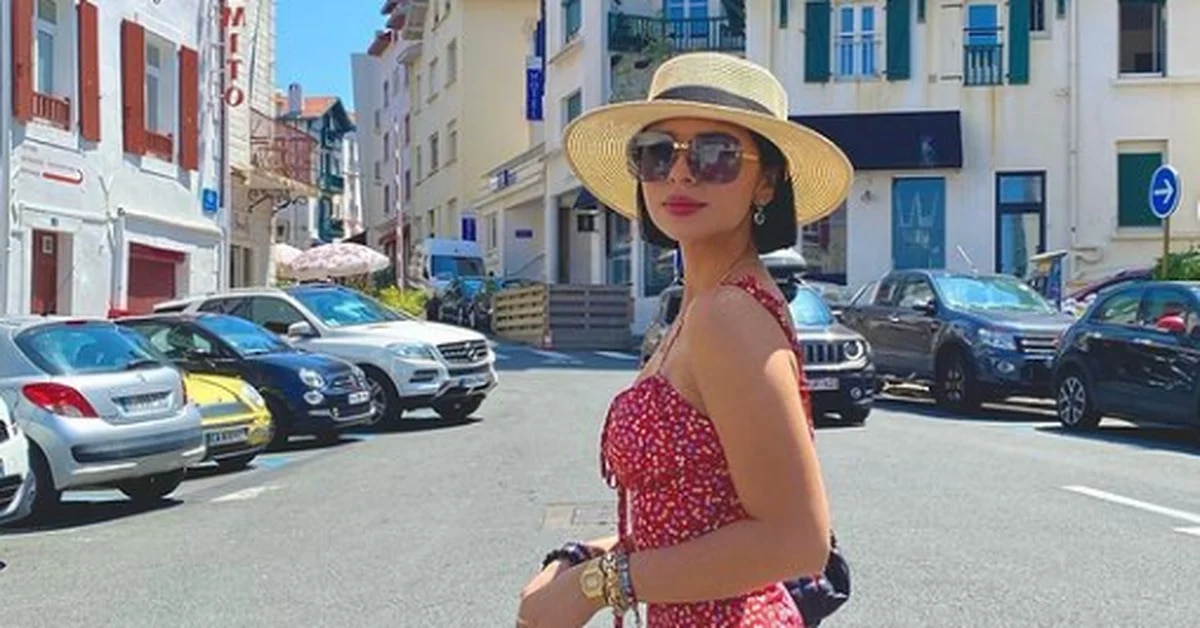 One of the most important health measures imposed around the world to combat the Sars-Cov-2 virus was social distancing. Said measure It meant the closure and suspension of multiple events such as concerts or plays.

Several artists were affected by the measures imposed by health authorities around the world, including Angela Aguilar who had to suspend his first solo tour in 2020. However, this Tuesday the daughter of Pepe Aguilar announced that her “Mexicana Enamorada” tour will take place next year in various cities in the United States.

It was through her social networks that the interpreter of Actually, announced 12 dates in large cities of the North American country such as San Francisco, Los Angeles, New York, Washington, among others, where it will be presenting in late March and early April 2022.

The 18-year-old singer will be performing in various cities in the United States as part of the promotion of her album “Mexicana Enamorada” (Photo: @angela_aguilar_ instagram)

“Angelitxs I am very excited to share with you the dates of my new Tour 2022 #MexicanaEnamorada all over the United States, the exclusive presale for you my little angels started today in livenation.com using the code: ANGELA. Go buy your tickets !!! “, shared the 18-year-old singer on her account instagram.

The daughter of Pepe Aguilar announced that for those who purchase their tickets in presale they have a discount code, however, The general sale will begin this Friday, December 9 at 10:00 a.m. through the company page Live Nation Latino.

Through a video shared on her social networks, Ángela Aguilar said she was very excited about her new tour since considers it a great step for his career; He also invited all followers to buy their tickets as soon as possible since, in accordance with their instagram stories, the tickets are selling pretty well in pre-sale.

The general sale for their presentations in the United States will begin on Friday, December 9 at 10:00 am through Live Nation Latino. (Photo: Instagram / @ Premiodelaradio)

Her tour in 2022 is part of the promotion of her album “Mexicana Enamorada” which is the third studio album and the second as a soloist that Angela has worked on. The album was produced by his father Pepe Aguilar and was released by the record label Machin Records on September 24, 2021.

The album has a duration of 36 minutes and 57 seconds; has great collaborations with different artists of the medium such as the duo Jesse y Joy Y Christian Nodal. Currently the video of Tell me how you want, collaboration with the sonorense, has more than 440 million views on YouTube.

The album is also a combination of genres between mariachi, country, pop ballad, R&B and ranchero. Angela also confessed that the name of her third studio album is inspired by the movie In love that the actress Maria Felix He starred in 1946 with Pedro Armendáriz.

Despite being strongly influenced by the work that her father Pepe Aguilar has done in the industry, Ángela Aguilar has managed to conquer the public thanks to her authenticity and creativity, values ​​that are reflected in his album “Mexicana Enamorada”.

“The truth is that I have never been able to express myself in such a genuine way with my songs and I think this album is just that. This album is Angela. I don’t know how to explain it, but I feel like the album is my personality. It has everything, it has songs that are sad, happy, of love, of heartbreak, it has songs that you dance, dream of. In other words, it has everything and I think it is a very complete album and I am extremely proud of it. “, Said the youngest of the Aguilar dynasty in an interview for the medium Los Angeles Times.

Pepe Aguilar received his booster vaccine against COVID -19 and sent a message for his fans
How Angela Aguilar met Jesse and Joy: “I fell in love with a cover”
Aguilar Dynasty: this is how Flor Silvestre was remembered on his first death anniversary