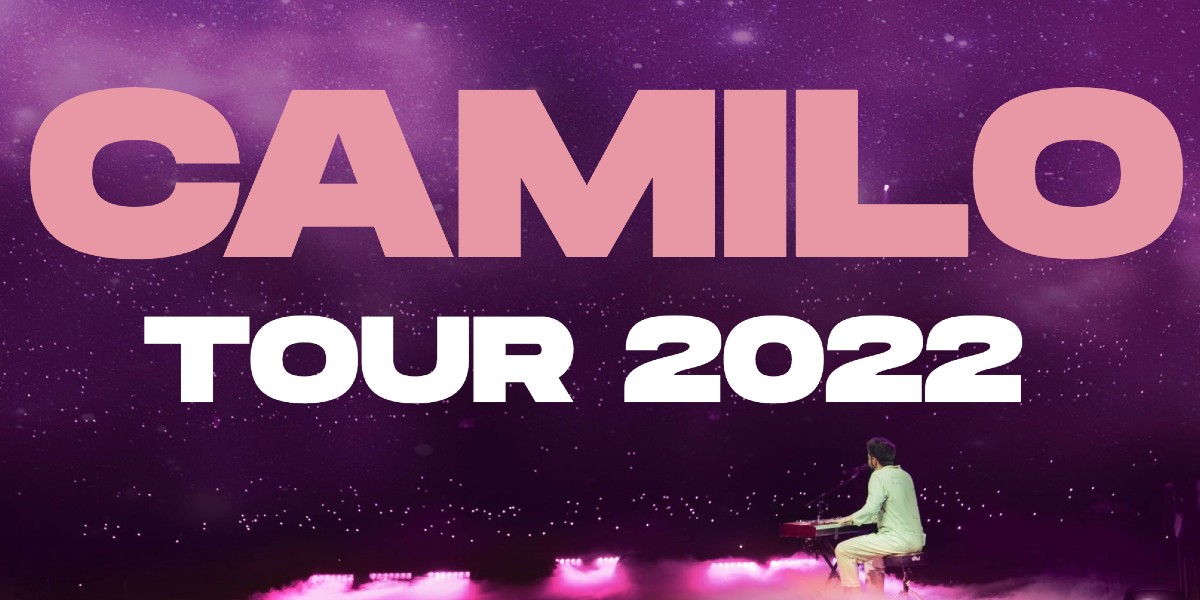 If you are part of the Tribe, you cannot miss Camilo’s concert in Mexico 2022. We tell you where, when and everything you need to know.

Ready for Camilo’s concert in Mexico 2022? Or rather, the concerts. Indigo’s father will perform in: Mexico City, Monterrey and Guadalajara.

A tour that will undoubtedly have a different vibe, as it is a new stage in the life of Camilo, who returns after the world tour ‘Mis Manos Tour’, with which he visited Colombia, the United States, Argentina, Puerto Rico and Europe.

If you belong to the Tribe, you have to be present at one of the concerts, as there will be thousands of souls that will make them unforgettable moments.

These are the dates:

YOU MAY BE INTERESTED: Indigo was born! The first daughter of Evaluna and Camilo

Remember that you cannot pass with professional, semi-professional or interchangeable lens cameras, nor video. Food and drinks are also prohibited.

On Sunday, May 29, it will be at the Telmex Auditorium in Guadalajara and you can choose between a balcony, box or stalls. Prices range from $2,549 pesos to $9,500 plus service charge.

The party starts at eight at night, but we recommend you arrive early, the doors open two hours before the event.

From the age of 3, anyone can enter, so you can take your little brothers if they also like Camilo.

When you buy the ticket, keep in mind that if it says: “partial visibility”, it is because there may be some element of the production that blocks the view a little.

Also do not forget that photo cameras, videos and tablets, as well as flowers or balloons, are prohibited. Like the cardboard or flags, because they do not want anyone’s vision to be hindered.

There are some other restrictions you can read here.

On Thursday, June 2, it will arrive at the Mexico City Arena and prices range from $1,500 to $6,700 plus the service charge. The appointment is at 9 at night.

If you go by car, there is free parking

If you go by public transport, the venue is at:

You cannot enter cameras in this enclosure either.

The federal government announced that, as of May 1, the covid traffic light will no longer be used, but the sanitary measures and restrictions will be left to the consideration of each state government.

In Jaliscothe use of face masks is mandatory in public and closed spaces.

In Monterey, The use of face masks is optional, but in places with large crowds, it is mandatory, so do not forget it.

In Mexico Cityalthough the use of face masks is not mandatory, but it is recommended in events such as massive concerts.

And well, you already know the other measures: constantly wash your hands, use antibacterial gel, sneeze into your elbow, etc.

On the other hand, so that you go very ‘ad hoc’, you can wear some garment from the official store, like this bucket hat:

Or this shirt with his image:

So if you are part of the TRIBU, we invite you to share your experience and photos on Instagram after the event. @revistatumexico

Out of seven nominations he had, Camilo won four Latin Grammys in 2021. He was named by Billboard as one of the ’15 Latin Artists to Watch 2020′, as ‘For the first time’ reached number one on the Latin Pop Albums chart. and went platinum in four different countries.

His success has not stopped, his followers on social networks are the proof, on Tik Tok he has more than 27 million.

By the way, did you know that Camilo wrote great hits for other artists, for example ‘If we were together’ for Bad Bunny, ‘Sin Pijama’ for Becky G and Natti Natasha.

What you have to know about Camilo’s concerts in Mexico