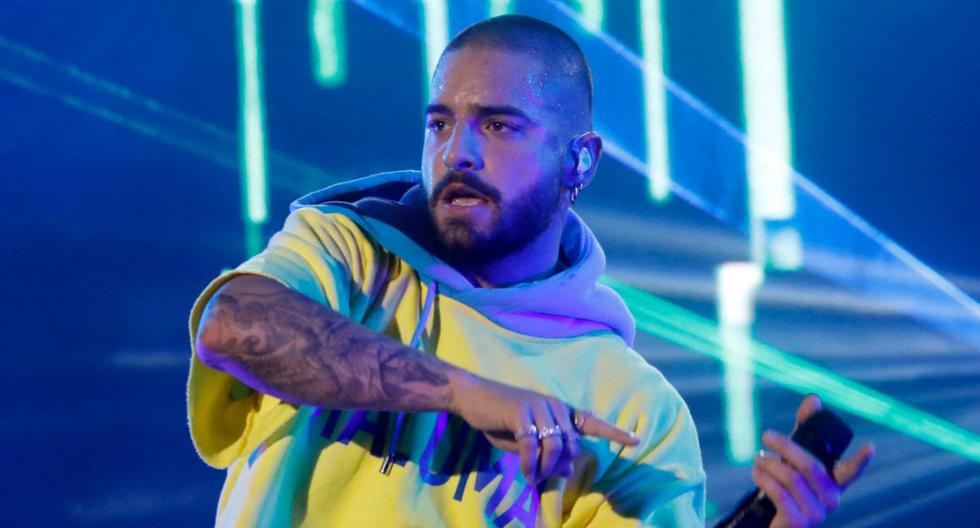 There is no doubt that Maluma He has become one of the favorite reggaeton singers of the moment, although his fame has grown since 2011 in his native Colombia, the coffee grower has made a name for himself in the music industry, where he has millions of followers around the world. Proof of this is the great reception he had on his tour in the United States, a country where in addition to delighting his audience, he revealed that he almost lost his life.

MORE INFORMATION: Everything you know about Maluma’s possible collaboration with Eduin Caz

Precisely, during his concert in Orlando, Florida, he announced that this event could have been canceled because he was about to die. Confession that left everyone present and the media in awe of the show. Next, we will tell you the experience of the Medellin man.

HOW WAS THE EXPERIENCE CLOSE TO THE DEATH OF MALUMA?

According to Maluma, the incident occurred in the state of Georgia, just before boarding a flight to Florida. “Before coming here to Orlando there was a plane crash before mine, from which unfortunately all the passengers died”, he began narrating.

After that he launched a reflection. “I want to dedicate this moment to those people who were on that plane because perhaps, suddenly, they saved my life by dying. I hope it is not too late to tell you how much I love you and you also take that advice: If you have that person you love so much, tell him at this moment how much you love him, hug him, because maybe tomorrow will be too late “, said in full concert, whose images were broadcast in the program “Sale el sol”.

But that did not stop there, because the 27-year-old artist thanked him for staying alive to continue doing what he likes. “Today I am here in front of you, thank God. I don’t know if you believe in God, in dissent or whatever, but I am definitely here with you today, thanks to the man from above “, he said, pointing with his hand towards the sky.

MALUMA WRAPPED IN A POLEMIC

Maluma was harshly criticized after a video in which he slapped a fan in New York City, United States, went viral. In the images you can see the Colombian singer’s arm being held by a man in a white shirt who is on his back, despite the efforts of his security to let him go, the boy continues to hold it, so the singer reacts violently.

“My friend, I’m sorry”, the subject is constantly heard repeating, trying to apologize to the Latin star, who obviously annoyed and annoyed by what happened proceeds to get into the truck that was mobilizing him.

After what happened, the “Hawaii” interpreter shared some videos in his Instagram Stories to comment on what happened and far from acknowledging that his reaction was not the best, he justified what he did. “Listen and you know that way, so they don’t catch people hard, you know what can happen to them. I love your affection my people always, that they give me kisses, hugs, whatever they want, but there are things that go beyond the line, that go beyond. And when you are grabbed hard by the hand, that makes anyone uncomfortable, not be famous ”.

He continued: “So I would ask that we have to be a little more respectful and measure ourselves a ‘triz’. But I love that affection that you give me, in every way and I feel it here in my heart. It remains as a teaching, so that they do not grab people by the hard arm. Show your affection and love, there are many ways, but that is not the way it is. I love them”.