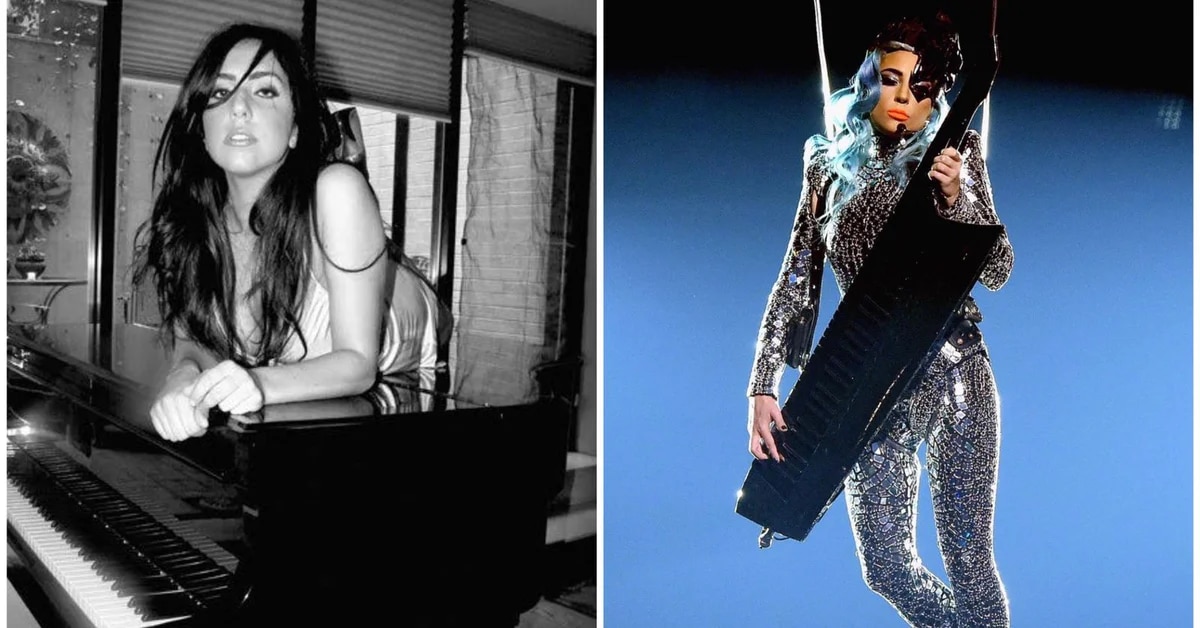 Lady Gaga She is one of the most consecrated artists of the 21st century not only for her eccentricity and musical diversity, but also for having strengthened the music scene among women and thus indirectly generating the creation of many more artists who could give her proposal competition. that established her as the new greatest exponent of pop worldwide.

Despite the fact that the singer now enjoys overwhelming success and earns millions of dollars for musical tours or special presentations, at some point in her career things were not like that, she was not even called artistically as she is now known or had the aesthetic style that has characterized her for more than a decade, being like a chameleon in the art scene.

This was the poster of the remembered presentation (Photo: Facebook/Lady Gaga A Go)

Stefani Joanne Angelina Germanotta, which is her official name, was born in New York on March 28, 1986. She has mentioned on more than one occasion that she started playing the piano at the age of four, and at thirteen she composed her first ballad; a year later, she began performing at “open mic nights.”

“I don’t know exactly where my affinity for music came from, but it’s the easiest thing for me. My mom always tells the embarrassing story that when she was three or even younger, she would help me up on the piano and play the keys. I guess she told my dad, “You have to study piano.” I started taking classes with an amazing woman, she was great, she is a great friend. So my first instincts were to work very hard practicing”, confessed the singer in Lady Gaga: Inside the Outside for mtv in June 2011.

Despite his lifelong interaction with music, it would not be until he was 19 years old when, in September 2005, he formed a band called Stefani Germanotta Bandalso known as SGBandwith some of his friends from New York University, and thus “a star was born” that continues to reap musical successes and even in the seventh art to this day.

The band performed various songs; some written by them and others belonging to other artists, such as Led Zeppelin’s D’yer Mak’er. In that same year, they gained a small fan base and caught the attention of music producers. According Lady Gaga: How the world went crazy for the new queen of pop From the newspaper The Independentthe group reached the peak of their career at the 2006 show, but SGBand disbanded and Gaga began traveling to work on songs she had already written and create new material with a producer.

During 2006 Stefani Germanotta he began to perform in various nightclubs but unlike what many people might think, since he had been coming out of a band that was already locally known, his start was “very difficult”. Among the secrets of those first shows, according to the special Who’s that lady? from new york post, the singer did not charge even half the cost of access to her presentations.

One of his most viral presentations and fondly remembered by his group of followers, called Little MonstersIt’s the one from the night club The Knitting Factorywhich occurred on February 15, 2006 -which recently turned 16- and where Lady Gaga performed for just $8 as covers. The singer performed songs of her authorship, which to date remain unknown, as well as some covers of artists that have been to her liking.

Years later, the small promos that survived time show what the image that Stefani Germanotta showed her fans at that time was like, far removed from the pop singer that is known today. Black hair, torn stockings, loose shirts, a very “rock” style makeup that was used in those years, is part of what can be seen of the singer at that time.

The interpreter continued for a long time doing this type of event while continuing to interact with different personalities of the American country, which little by little allowed her to charge more per event, as well as “upgrade” the places where she sang and acted even without music like Lady Gaga. Although her stardom would be until 2008 with Just Dancethe first song he wrote for what would become “Gaga” was Boys, Boys, Boysa mash-up of Girls, Girls, Girls by Mötley Crüe and TNT by AC/DC. She continued to work in the studio with RedOne for a while to prepare for her debut album.

Throughout her career, Gaga has managed to garner a variety of accolades. As for music, has won a total of twelve awards grammys in ten different categories, after being nominated twenty-nine times. Among these, she was nominated in three consecutive years as Album of the year, being the third woman with the most nominations in that category. Her twelve awards make her the ninth woman with the most grammys in the history.

Gaga has also won three American Music Awards and nine Billboard Music Awards. In the MTV Video Music Awards She has managed to win eighteen awards, which makes her the third artist with the most victories. Also, she was the first recipient of the Tricon Award in 2020, an award that recognized her talent and impact as a singer, actress, fashion icon and activist.

Currently, Lady Gaga continues to be one of the biggest stars of recent times, being for many professional critics the only woman who has given artistic battle to madonna. The singer still has a promising future after her recent foray into the world of cinema and that she has already given her distinguished awards as leading actress and even a Oscar by Best Original Song.

From rape to artistic deprivation, the story of Kesha against Dr. Luke that is generating the #FreeKesha
The show that reunited Lady Gaga with Tony Bennett is now available to watch on Paramount Plus
Lady Gaga’s night in Hollywood, Bella Hadid’s walk in New York: celebrities in one click