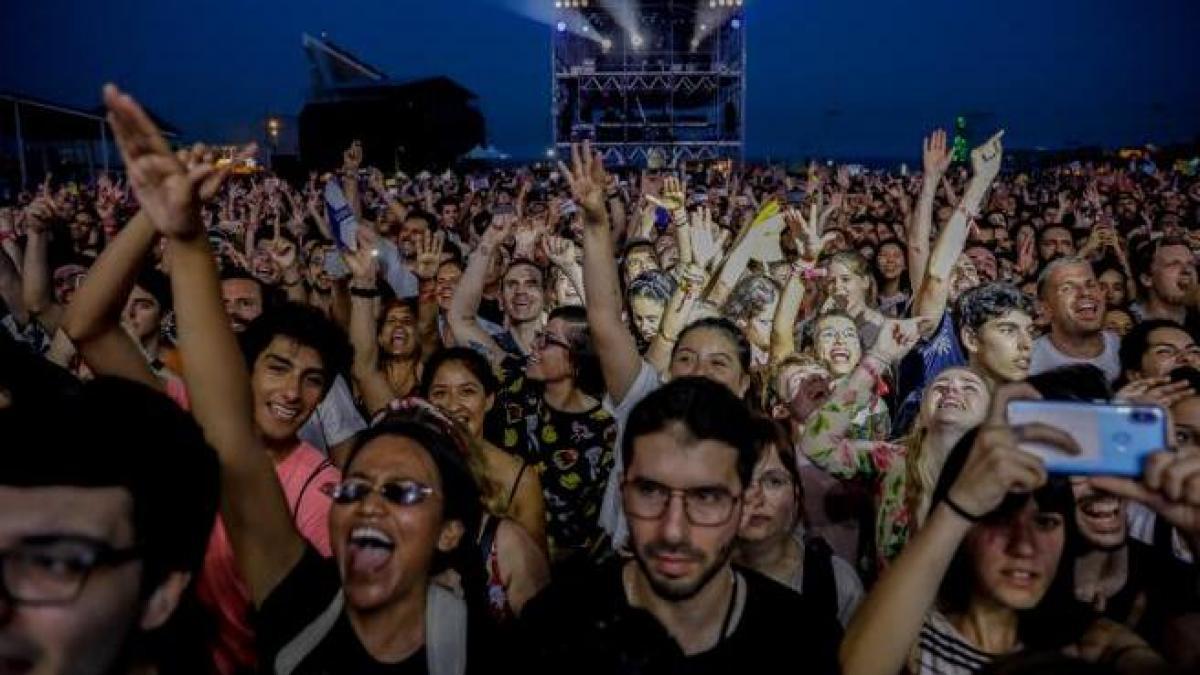 The celebration of massive concerts and large festivals without social distance or capacity limit if prior screening is carried out in the form of antigen testing and wearing an FFP2 mask could be a reality in the short term.

That is what clearly endorses the Safe Programming Protocol of doctors Boris Revollo and Josep Maria Llibre of the Lluita Foundation against AIDS and Infectious Malalties, presented yesterday at the ARC conference.

In the presentation of this study – born and elaborated from the concerts is the one that – rehearsals in the Apolo hall and the Palau Sant Jordi – at Casa Seat, Dr. Revollo assured that “safe environments can be created to carry out celebrations , such as local festivals or music festivals ”.

The concerts of now are with reduced capacity, social distance, mask and optimal aeration of the space

In his opinion, the test is a safe practice in events “with a high contagious potential” because they detect “close to 100% of the viruses that are transmissible”, even in asymptomatic people. “I understand that the authorities are prudent because we come from a traumatic experience, but there is a scientific basis to lose fear,” he conceded.

An antigen test with a negative result and a FFP2 mask will be needed, only dispensable in the beverage area

And he also put his finger on the big question that appears in this new scenario: for the moment these antigen tests are only valid to detect contagious people during the 24 hours after they are carried out, so in the case of mass events such as a festival , the cost is high and the logistics complex.

Faced with this situation, it has announced that there are “self-tests” in which the interested party can take both the test and the reading thereof, and “self-samples”, in which the interested party takes the test and the reading is carried out personally sanitary. “If we achieve that the reading of the test does not have to be done by health personnel, we can do 20,000 or 30,000 tests in one day.” In any case, it concluded that the follow-up of these measures “allows an immediate response to the situation this summer.”

In a subsequent debate, the Secretary General of the Interior, Beth Abad (a key player in the Procicat), argued that the main obstacle to still not allowing the holding of massive concerts and standing festivals is the risk of virus mutations and the rhythm of vaccination.

Despite this, and having seen this last aspect, he acknowledged that “we are working on the programming for July and we are talking about opening the big festivals”. And also that the possibility of doing antigen tests in pharmacies is one of the issues that is on the table of the Ministry of Health.

Cruïlla announces that it will carry out 25,000 antigen tests in six hours each of the three days that the festival lasts

Jordi Herreruela, director of the Cruïlla festival and also present at the debate, already announced that this year’s edition “was going to be very similar to those of years prior to the pandemic.”

They plan to gather 25,000 fans each of the three days of the festival and “we want to show that 25,000 tests can be done in six hours and, for this, we will install a screening area at the Barcelona International Convention Center (CCIB), just at the entrance to the Parc del Fòrum area where the festival is held, through which all attendees will have to pass from 4:00 p.m. to 10:00 p.m. and will be attended by 300 people “. He did not explain the cost of this logistical deployment.

And he was also in favor of the tests being carried out in pharmacies, “an authorization that the central government must give.”

He also added that, once the tests are done in the pharmacies, the organizers of the events have to have “a way to validate them, because there must be an unequivocal identification system of the people.”