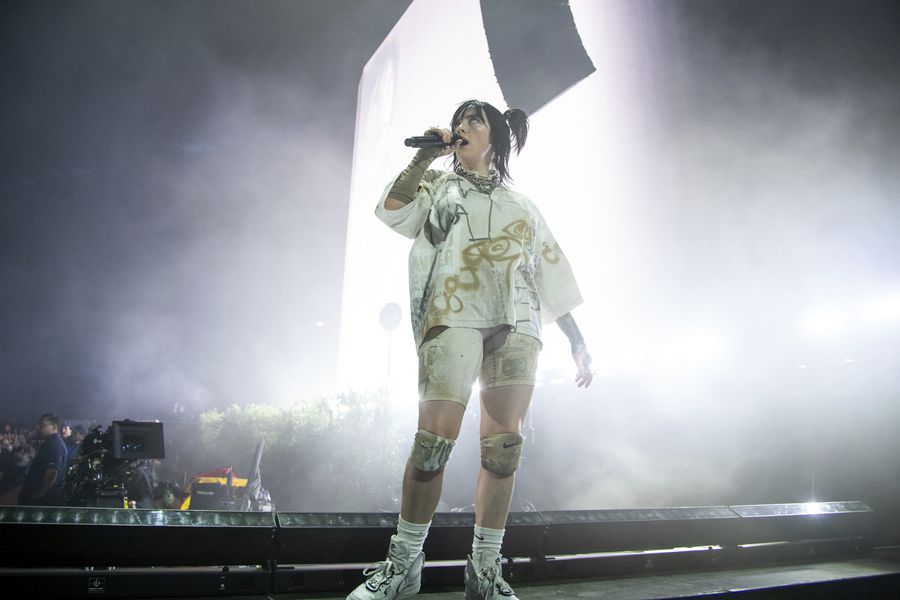 When Billie Eilish was born, in December 2001, the musician Damon Albarn was preparing to record a new album with Blur, which was launched in 2003 under the name of Think Thanks, the only one without guitarist Graham Coxon in the ranks and that marked the end of the band. By then, the British were a consolidated name thanks to their work in the previous decade, and later, Albarn consolidated projects like The Good, the Bad and the Queen -with Paul Simonon from The Clash in their ranks- and Gorillaz, the first lively band.

Thus surprised Billie’s invitation to Damon Albarn during his show on Saturday 16 at the Coachella festival. She, 20, made history as the event’s youngest headliner (“I’m sorry I’m not Beyonce,” she commented, still incredulous), and among the sea of ​​mobile phones on each side of the catwalk that left the stage, she brought up a musician 54 who could well have been one of the parents waiting for their offspring at the exit of the event.

“Shut the fuck up and please give a warm welcome to Damon Albarn from Gorillaz,” Eilish said while introducing the Englishman. He later detailed that it was none other than one of his musical heroes. “This man changed my life in many ways and changed my entire vision of what music, art and creation could be. My first favorite band was Good, the Bad and the Queen when I was six years old and Blur changed the world and Gorillaz changed the world. and this man is literally a genius, and that’s it.”

A reference that feeds the diverse universe of mentions that the young woman has made about her musical heroes; from childhood listening to The Beatles, to her declared admiration for more current numbers such as Lana del Rey, Tyler the creator, The 1975 -she detailed to Billboard that the second show she went to in her life was to one of that band-, until Bon Iver and the late Amy Winehouse.

The meeting allowed Albarn to be seen in public -and on a relevant stage- after his bitter controversy with Taylor Swift, by pointing out that she did not write her own material, which was denied by the aforementioned herself in a publication on his social networks, forcing the musician to apologize. “I think I’m getting old-fashioned,” he said during a show in Los Angeles, referring to the controversy.

As a curious detail, on Saturday night, he came in to sing “Getting Older” -a song written, we insist, by someone 20 years old-, and The line “I’m getting older, I’ve got more on my shoulders, but I’m getting better at admitting when I’m wrong” never sounded more appropriate. (I’m getting older, I have a lot on my shoulders, but I’ve gotten better at admitting when I’m wrong.) But in reality, he had already shown his liking for that topic.

In March, Albarn performed a version of “Getting Older” -from the album Happier Than Ever– at the piano in a session he recorded for the Deezer platform. A controlled version full of nods to his style, which somehow marks his reconciliation with the young stars. It is likely that Eilish’s team paid attention to this particular interest, and added to Billie’s liking for Gorillaz, the ex-Blur’s animated band, the invitation was sustained.

Therefore, that episode closed with a powerful version for Feel Good Inc.one of the themes of Damon Days (2005), which had the rapper De la soul as a guest. Just a moment viralized on social media from 20-somethings to 30-somethings who grew up with the legend of Blur and they were surprised with that unlikely single as Clint Eastwood. While Billie enjoyed her moment as the millennial star of the Festival -which gives her a new air after leaving empty-handed from the last installment of the Grammys-, Albarn was able to decorously close an episode that threatened to make it out of date, perhaps one of the deadly sins in the music industry, always eager for fresh blood.