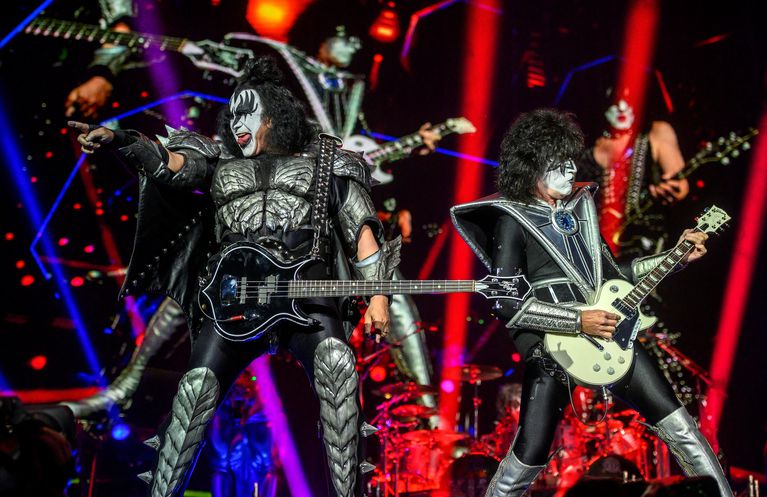 Gene Simmonsbassist, singer and leader of Kissmaintained that the band will continue “in ways that even I had not thought of” after the end of the international tour that brought them to Argentina for the last time.

Kiss had announced in 2018 that would embark on a massive final tourbefore hanging up their iconic costumes, and Simmons said they were leaving for “self respect” and by the “love” for his fans.

I also read: Kiss in Argentina: a farewell full of classics, fireworks and strong emotions

Gene Simmons’ word on the future of Kiss

In a recent interview, Simmons hinted a major tour extension and promised that Kiss will take the show to 100 more cities before they finally pull out.

In a participation in the podcast “Let There Be Talk” by Dean Delray, the musician anticipated that Kiss will have a long future even after the end of the tour and also spoke about the possibility of one last show.

“We don’t know if it will be in New York. I have good reasons why it should be, but the important thing is that when it’s the last show, it’ll be the last”, highlighted the musician.

“Kiss, the touring band, will stop. But the band’s on tour. The group will continue in other ways. I have no problem with four deserving 20-year-olds putting on their makeup again and hiding their identity.Simmons added.

Gene Simmons spoke about the end of Kiss and left a message for fans: “Love and admiration”

Kiss announced a big farewell tour a few years ago. The arrival of the coronavirus put the tour on pause. Finally, a few months ago, the group started to tour the world with his hits and they even arrived in Argentina.

Simmons, founder with Paul Stanley of the group, explained why the band felt it was time to bow out. “The reason to stop touring is out of pride and respect for oneself and love and admiration for the fans,” the musician told Full Metal Jackie. “The last thing you want to be is a world champion boxer. and stay in the ring too long. It’s only a matter of time until your legs can’t hold you and you’re going to lose,” the rocker said in an interview in May.

Kiss announced a new tour in Las Vegas, from December 27 to February.

In another section of the interview, the artist added: “We also saw boxers who stayed in the ring too long and bands who stayed on tour too long.. They forget the lyrics and you can see the deep wrinkles on their faces. It’s just the nature of life as we know it on earth.”

Kiss has a series of concerts scheduled in Europe and Australia this summer and then they will return to the United States to perform on different stages.