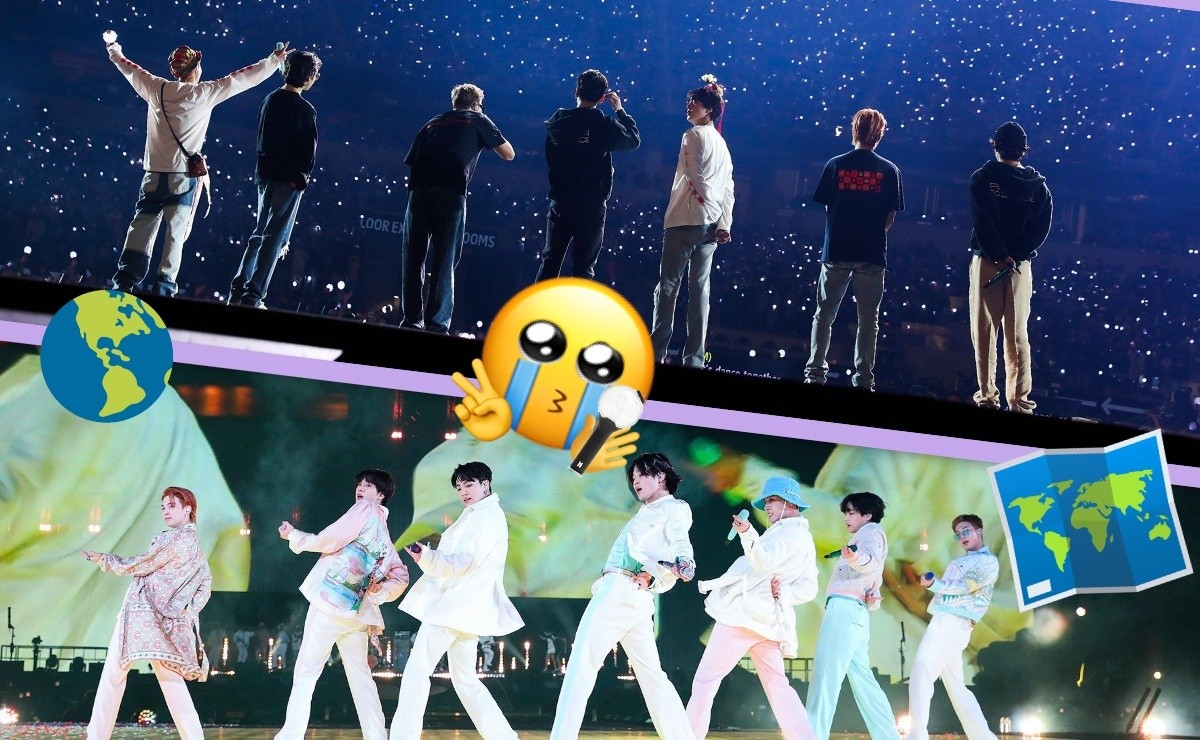 The great popularity of BTS has allowed the K-Pop group to reach countries around the world, although the boy band has not managed to visit the entire planet, it has visited many places, where have they performed?

ARMY is a fandom that spreads internationally, in many countries of the world we find fans who show all their love, admiration and support for BTS at all times; Each song has millions of reproductions thanks to the loyal fans of the boy band.

Bangtan Sonyeondan Today it has become a worldwide phenomenon, being recognized artists in all parts of the planet, there is no place in which there is not at least one admirer of this group of K-Pop He was born in South Korea and has taken over many other countries.

You may also like: SEVENTEEN’s Performance Team and their best dance songs.

With their concerts, Bangtan has reached many countries of the world, There is ARMY that since 2013 or 2014 could see the idols live, with their first presentations and tours nationally and internationally, each time conquering new people who quickly joined their fandom.

After more than 8 years as a group, BTS has had more tours, events and others that have led to to visit to ARMY in their different citiesDo you know how many countries have been conquered by the Bangtan Boys?

In which countries has Bangtan Sonyeondan? This is the complete list of places the K-Pop group has visited with their concerts.

28 countries have been the lucky ones to receive BTS with their shows, ARMY from all continents have managed to have at least one presentation of their fav group of K-Pop at least once.

What is the country that has had the most visits from BTS?

We could say that Korea is the country where BTS It has performed more times, in the end that is where the group was born, where they continue to live and have had concerts, showcases and others in their country of origin; but to visit a country, they must leave their origin, so the country most visited by Bangtan is U.S with approximately 73 concerts in the country: 0.

In the future, we will surely have many more BTS concerts and the idols will conquer even more countries, until then, these have been the lucky ones to have the idols.

In other BTS news, what are the group’s most popular songs on Spotify? These are ARMY’s favorites.

What countries has BTS visited with their tours and concerts?