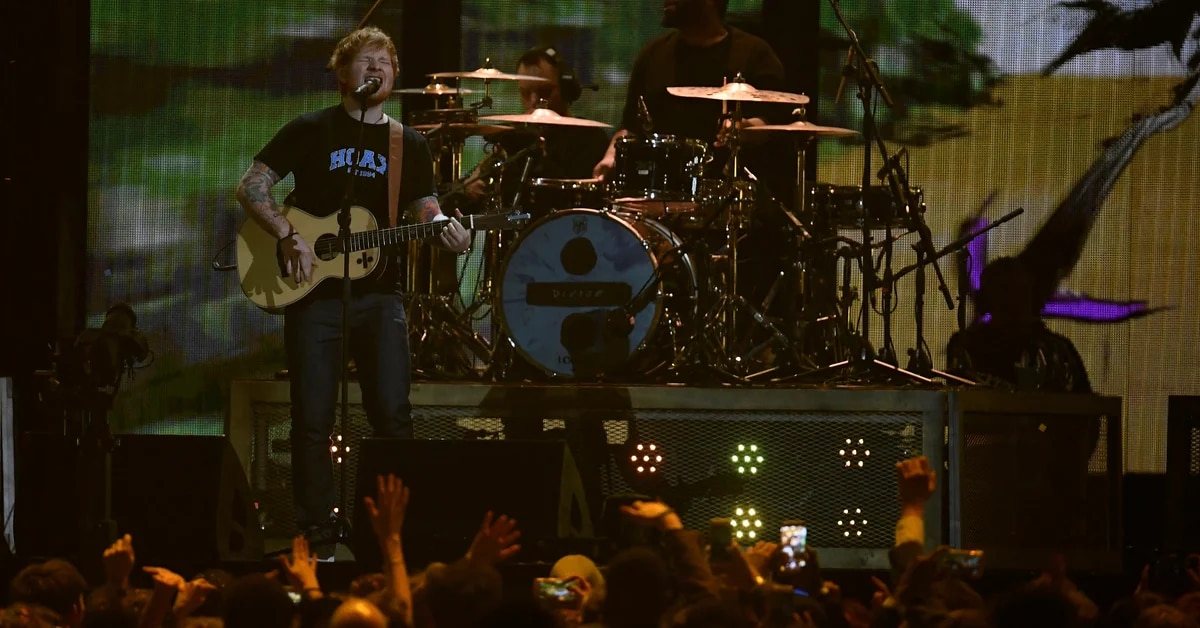 Tweet
Share
Share
Pin
The musician learned some words in Spanish, and remembered his first party in the country, in 2015, when he did a concert for the first time in Bogotá. REUTERS / Eduardo Munoz

In an interview for the Topsify Music YouTube portal, British singer Ed Sheeran referred to what was his first concert in South America, precisely in Colombia, a country that became his first stop. In the dialogue with that informational portal, the musician assured that it was in national territory where he really discovered reggaetón because, before that, he hardly knew Daddy Yankee and his classic song ‘Gasolina’, when he first arrived in his country . The singer behind songs like ‘Bad Habits’ or ‘Shape of you’ also reacted to the music of Colombian artists, particularly of that genre.

It was in April 2015. The Royal Center theater in Bogotá became the stage in which Edward, Ed’s given name, set foot on Colombian soil for the first time. In front of hundreds of followers, the Englishman sang what at that time were among the most popular songs on the radio: ‘Thinking out loud’ and ‘Photograph’. In those days, Ed was 23 years old, and he had two albums under his name, ‘+’ and ‘x’, released in 2011 and 2014 respectively. Ed is now 30, married, and recently became a dad.

“I love it,” he said after the interviewer introduced him to ‘Medallo’, a song performed by Blessd, Justin Quiles and Lenny Tavarez. “So obviously Daddy Yankee’s ‘Gasolina’ came to the UK, but I didn’t know that was reggaeton. It just came out and it was a big hit. ‘ My first show in South America was in Colombia. After the show we went to a club and everything was reggaeton and I remember thinking what is this? because everyone went crazy when it rang. That was like 2015. It’s a wonderful genre (…) that’s the side of the genre that mmi like the most (‘Medallo’), the soft part, it’s almost like a soft sung but in a very suggestive way ”He recalled.

Sheeran kept listening to songs like ‘Ay amor’ by Mike Bahía, Guaynna and Ñejo and ‘Mato mi corazón’ by Piso 21. When he finished he said, “Are they all Colombian artists? (…) Fantastic”.

Before listening to the three songs chosen by the communicators, Sheeran learned some expressions and typical words of Colombia, such as, for example, ‘What a chimp!’ and ‘partner’. “I’m going to use it as an example for you: ‘Elton John is your partner.’ You know what it means?”. Sheeran, by way of divination, pronounced the word ‘co-worker’. The presenter continued to explain that it is an expression used to refer to friends.

“It’s kind of weird to refer to Elton John as my ‘brother’ or my ‘homie’,” he laughed as he explained how exciting it was for him to collaborate with the legendary artist on the song ‘Merry Christmas’. “It was incredible. He’s like the person I love the most in the music industry, from a friend’s point of view and from a musical point of view. I grew up listening to his music. In my first kiss a song by Elton John sounded; I had his songs on a ‘loop’ when I learned to play guitar. It’s surreal to do something with it “, detailed

At the end of his talk, Sheeran assured that he hopes to go on tour, now that, again, massive events are being allowed, after the closure due to the arrival of the coronavirus pandemic. In the same way, he assured that he will not rush to launch a new album, as it was just a little over a month ago when he released ‘Equals’. In October. “I’m so happy with what’s happening now that I can relax a bit, go on tour, and play the album.”Ed concluded by wishing his followers a Merry Christmas.

Yeferson Cossio denounced massive aggression in equine event: “they wanted to kill me”
Controversy over mural about police abuses on Bogotá bridge

‘What a chimba!’: Ed Sheeran talks about his concert in Colombia and how he learned about reggaetón