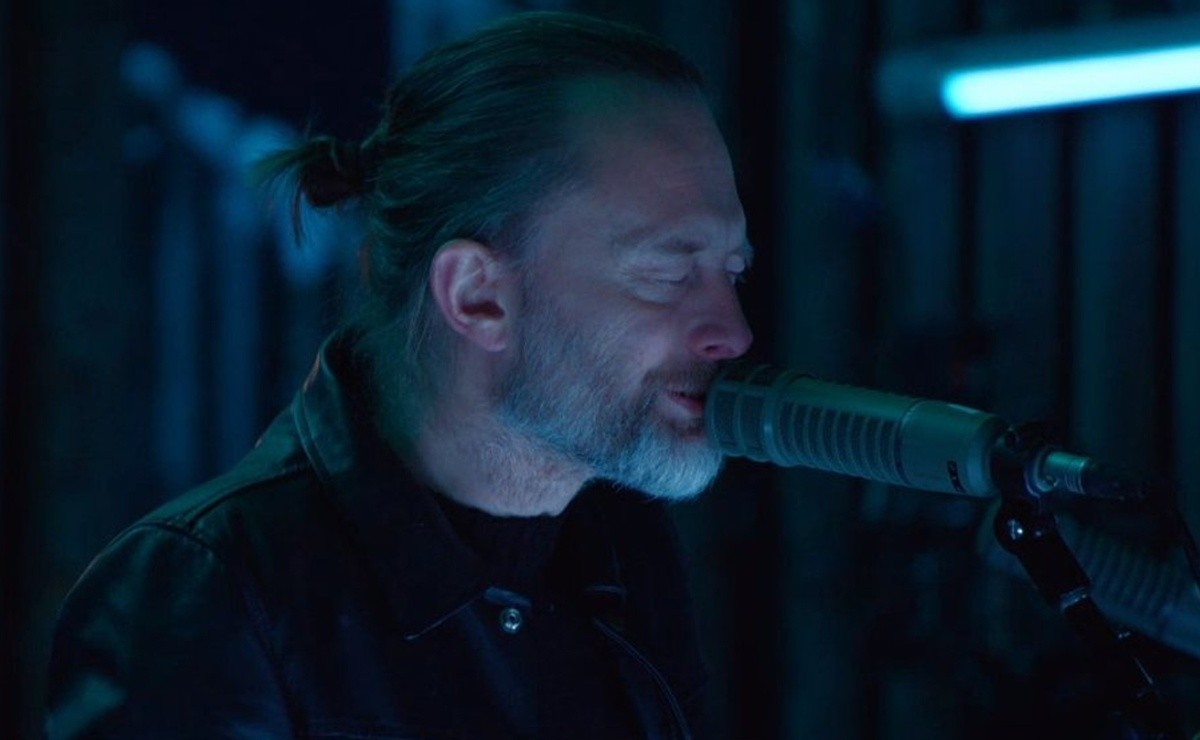 The new band made up of Thom yorke Y Jonny greenwood from Radiohead, accompanied by the drummer of Sons of Kemet, Tom skiner named: The Smile, has had its first live performance.

The Smile was part of a streaming event of the Glastonbury Festival titled ‘Live At Worthy Farm Livestream’, which was recorded at various points at the iconic festival site.

You might also be interested in: Thom Yorke and Jonny Greenwood form new band called: The Smile

The formation of The Smile was announced a few hours after the streaming event was broadcast, while the presentation allowed fans to listen to the music of the new project led by the members of Radiohead.

During the presentation, Yorke did not share much, however, he did offer an explanation to the name of the band, which is inspired by a poem by Ted hughes, “Ladies and gentlemen, we are The Smile … not The Smile as something happy … more like the guy who lies to you every day.”

The set of The Smile consisted of themes such as: ‘Skating On The Surface’, ‘The Smoke’, ‘You Will Never Work In Television Again’, ‘Opposites’, ‘Panavision’, ‘Just Eyes And Mouth’, ‘We Don’t Know What Tomorrow Brings’ Y ‘Thin Thing’.

On the other hand, the Glastonbury streaming event faced a number of technical problems during its broadcast, as thousands of fans were left without the opportunity to have access codes to the visualization.