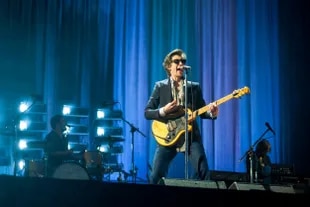 When in 2018 Arctic Monkeys He launched Tranquility base hotel & casinotheir sixth studio album, critics and audiences alike were initially somewhat taken aback, given the abrupt and notorious change in musical direction the band adopted from A.Mits successful and award-winning predecessor published in 2013. Five years after that event, the panorama was very different: the classic role of front man rocker gave way to crooner; the noisy guitars of yesteryear gave way to the almost absolute prominence of the piano and the frantic and danceable rhythms diminished a few changes in search of a more peaceful and intoxicating proposal. And although the move was certainly very risky, there were not a few who soon fell at the feet of this new musical stage, pondering the courage and audacity to move away from a proven formula in order to grow professionally.

Now with The Car, his brand new record production Recorded between London and Paris and released on October 21, the Sheffield-born group not only redoubled the bet but also delved even further into that vein where, under a cloak of dense darkness, jazz, soul and lounge intermingle. plus a hint of chanson French. However, in his reunion with the Argentine public as the central number of the last day of Primavera Sound, Arctic Monkeys he appealed to a very festive set, of varied climates and that oscillated between his dapper present and his great hits.

Under heavy rain and in front of an otherwise enthusiastic and irrepressible audience, “Sculptures of anything goes”, one of their new songs, kicked off the evening, followed by “Brianstorm” and “Cornerstone”. However, in a very wise way, and in the middle of “Snap out of it”, the singer Alex Turner called out and the band interrupted their performance due to strong pushes that led a large number of audiences to squeeze in very dangerously on the retaining fences. Once things calmed down, the Monkeys returned to the festival’s main stage and got back to work with the energetic “Why’d you only call me when you’re high?”.

Seconded by a circumspect and formal staging, the group also gave an outline of their current musical interests through “There’d better be a mirrorball” and “Body paint”, very much in line with songs from their previous album, such as the captivating “Four out of five” and “Tranquility base hotel & casino”, where peace and serenity cool They gain supreme relevance, also giving the feeling that this type of piece would look better and more in keeping with a closed area.

As a counterpart to the 2022 model by Arctic Monkeys, his rocker side was also present on this new scale in Argentina through the highly praised “Arabella” (with a nod to Black Sabbath’s “War pigs”), “Potion approaching” and “Do I wanna know? Both musical facets evidenced the versatility of a band whose growth and maturity on the scene are notorious. Jamie Cook (guitar), Matt Helders (drums) and Nick O’Malley (bass) move naturally from their well-known and proven forcefulness to a state of elegance and exquisiteness that sounds even more grandiose and orchestral thanks to the contribution of the keyboards, eventual percussion and a third guitar.

Wearing dark glasses and an impeccable white shirt under a black jacket, Alex Turner seduced the general public and caused sighs in the large female audience with a voice that sounds better every time, a great mastery of the stage and above all with an imprint that, at times, it brings him closer to the most famous melodic vocalists of the seventies. On his part, and from a compositional perspective, his most recent creations seem to be located and further delve into the path taken with The Last Shadow Puppets, the formidable parallel project that he shares with Miles Kane.

After thanking the public for coming to Costanera Sur on such a gray and intemperate day and promising a next visit, “I bet you look good on the dancefloor” and “505″ lowered the curtain on the passionate, although unfortunately somewhat jumbled and interrupted. , a new meeting between Alex Turner and his crew with an audience that several years ago already adopted them as their own.

Was the Arctic Monkeys mania born?: the most anticipated band of Primavera Sound and the fervor of an audience that wanted to be very close