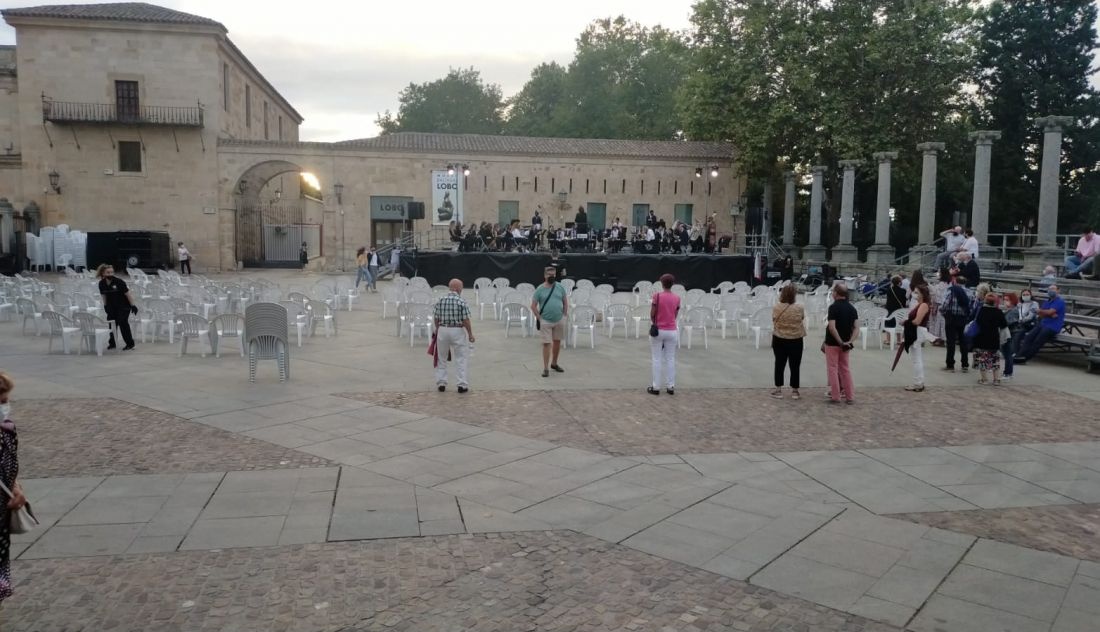 This past Wednesday, the day on which the Virgen de la Concha festival was celebrated, and therefore the central day of the September festivities in Zamora, “the Zamora City Council has shown new signs of its incompetence, this time in minor events ”, They denounce from Vox Zamora.

As reported by this political formation, and as echoed by zamora24horas, he had scheduled a concert by the Zamora Music Band that was supposed to start at 8.30pm, but it finally started twenty minutes late. The reason has been, according to Vox Zamora, “that the Councilor for Youth and Parties Sergio López has not lived up to his role.”

As revealed by this formation, the City Council workers had been informed that this concert was starting an hour later. Consequently, at the scheduled time there were neither workers nor was the stalls installed in the Plaza de la Catedral organized and sanitized. The public had to wait for all these tasks to be carried out to be able to access the venue, forming the logical agglomeration without maintaining safety distances in relation to the current pandemic.

On the other hand, the Music Band upon reaching the stage found that they did not even have chairs, so on their own they decided to go down to their headquarters on Huerta de Arenales Street to look for theirs and thus be able to get out of the way.

“The truth is that they didn’t even have time to be able to tune the instruments due to the need to start as soon as possible, because of the logical impatience of the public that did not come out of their astonishment. In spite of everything, the concert was a success due to the quality and dedication of the Band and its Director, as well as the behavior of the public, which was exquisite ”, they explain from Vox Zamora.

The training ends its reflection by pointing out: “In short, that the City Council, incapable of managing large works such as those of the Bank of Spain, nor large municipal contracts such as Parks and Gardens or Garbage correctly, now extends its inability to small things . Well, cheer up and keep improving, as their slogan says, yes you can. And a lot”.

Sergio López, councilor for Youth and Holidays, acknowledged this Thursday that the situation was due to an error when transferring the schedules to the security company. Problem that ended up being solved despite the fact that the workers were notified at the last minute and the complaints from the Zamoranos did not stop at the entrance of the concert.