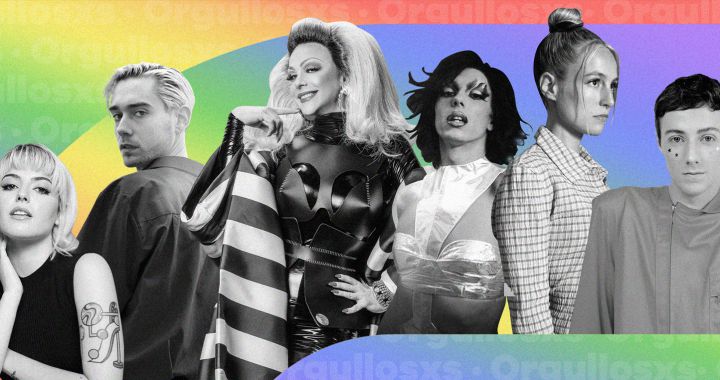 “Who cares what I say, who cares what I do. I am like this and I will continue like this, I will never change ”, dice Supremme Deluxe at the end of each episode of Drag Race España together with the contestants quoting one of the most successful songs of Alaska. The song, which came out in 1985, has marked several generations, becoming an anthem LGTBIQ + and serving as inspiration to thousands of people.

Alaska became an LGTBIQ + benchmark. Not because she had said that she belonged directly to the group (it was the eighties and ambiguity reigned in the market!), But because at that time there were no artists who had spoken clearly about their sexual orientation or identity.

Despite this, over the years, society progressed and the LGTBIQ + collective began to win rights. Little by little, their messages penetrated deeper into society and their stories began to be consumed massively in the media.

Artists like Freddie Mercury, Ricky Martin, Elton John O RuPaul they opened a great path towards new generations, becoming references of those people who came later. Thanks to them, artists like Miley Cyrus, Sam Smith, Troye sivan O Demi Lovato They have been able to say very loudly how proud they are to be who they are.

In Spain, we can also be very proud and proud of the artists that belong to the collective. In recent years there have been many and many who have been making their niche in the music industry. In fact, some of them have been references of the group since the early 2000’s. And yes, they have their own references.

In search of the references of the past

“The references that I have influence me because of their work, not because of their sexual condition”, begins by telling us Supremme Deluxe, the host of Drag Race Spain. “But it is true that there are certain artists that I consider to be important for the collective, either because of their commitment, or because of their transgression, or because with their message or attitude they have contributed to society change little by little. For citing you, I like Tino Casal, Elton John, Chavela Vargas, LP and, of course, Rupaul ”, he continues explaining.

For its part, David Rees, Despite being born in the mid-nineties, he assures that he grew up without any type of LGTBIQ + reference in music. “I really did not have any reference that was openly LGTBI. Neither an education at home or at school. I don’t blame anyone. In the end you grow up in a time and in an environment that is what it is “says the 26-year-old.

David, who just released his single I like a boy, assures that the first time he saw people from the group on television was with Physics or Chemistry Y Skins.

Alba Reche Y Maria Escarmiento made television history in Spain to be the first people to openly say that they were bisexual in TVE. They did it in 2018… in 2018! “Apart from Chelo García Cortés, who else? There were no bisexual references “Alba Reche begins by saying.

“We were the first people who openly said on TVE’s La 1 that we were bisexual,” continues the artist from La Posada. The Alicante woman did not have many more references to the group than Queen during her childhood. In fact, the 23-year-old grew up without any type of sexual education that was not heteronormative: 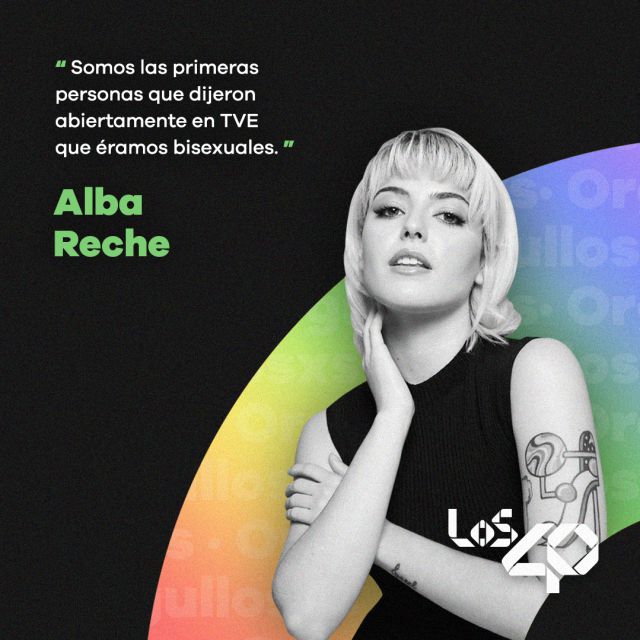 “I come from a Catholic and Christian school where they only talked about love of neighbor. They never spoke of any type of relationship, neither of the LGTB boys and girls nor of the heterosexuals before the marriage. What’s more, I never had a sex education. I think the first non-hetero normative sexual class was given to us in Operación Triunfo ”.

His partner, María Escarmiento, saw a series where she finally normalized bisexual and homosexual relationships between women: “I saw The L World in its entirety and there I got a taste of various things, really. However, I had already fucked girls there. They did not discover anything to me ”.

In case of Samantha Hudson it was different. The artist, who became known thanks to her song Maricón when she was only 15 years old, had her brother as a reference:

“I was lucky that the barrier of sexual orientation had been completely shattered thanks to my brother, who is a very big fag. I grew up without any stigmata, knowing what it was to be gay and how people perceived what it was. That was taking a complete shortcut that allowed me to focus on other things and develop my speech more than other people who have to face the stigma of homosexuality alone ”.

In addition, Samantha listening to songs from Putilatex, La Prohibida and watching videos of the shows of Let Rita Work. “I did not know that it was a party and where it was held,” recalls the artist from Sweet and Baptized.

Warmi, who has been releasing songs like La Herida or Ya no ya no pelnso en el, since 2017, drank from the great divas: “They were my references. Christina Aguilera, Britney Spears… we took refuge in them. They have influenced us a lot ”.

The first memory he has of an LGTBIQ + artist is of Freddie Mercury: “He became a great star and when he died they only talked about that.” In addition, it names Mauri and Fernando dThere is no one here who lives as two of the first openly gay characters he saw on television. 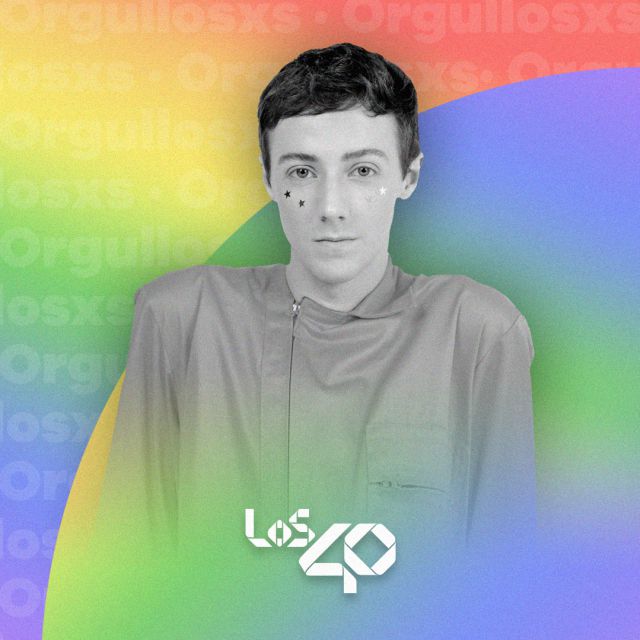 Finding the referents of the future

Although in the last decade the music scene has changed a lot and young people can find more references, the truth is that it is difficult to find LGTBIQ + people on the charts.

“If you look at the list of successes in Spain, try to find someone LGTBI Spanish on that list. No this. The reflection of reality is that in the top 50 there are not. Right now there is only Lil Nas X, who has gotten a great song, but it is at an international level ”, says David Rees.

Warmi, also gives an example of Lil Nas X as a current reference:

“He is openly queer and he has hit it with his song and his video clip. Things are changing. It’s cool that people of my generation have grown up listening to straight-to-straight music and watching Disney movies, we have learned to survive and empower ourselves with who we are. “ 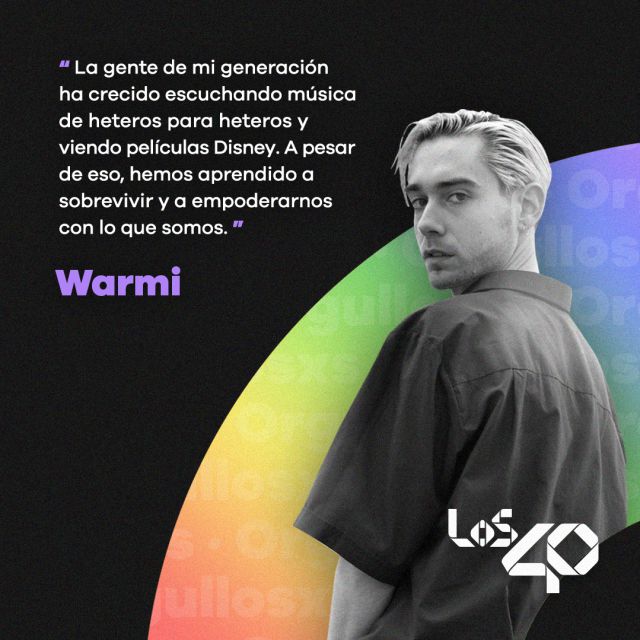 Alba, for her part, assures that there is still much to do and that, despite the fact that there are more and more artists openly LGTBIQ +, it is not reflected in part of the industry: “The other day I found an LGTBIQ + playlist and there was not a single artist from the group.”

And it will not be for lack of artists and songs that speak of the collective! “Better that LGTB spaces are occupied by LGTB people. But you also have to make the others and the big shots understand that we have a lot more to say, “says Samantha Hudson.

“We are an indie rig on a platform, but never the main course. We are the dessert. We have to end that, ”adds Samantha. 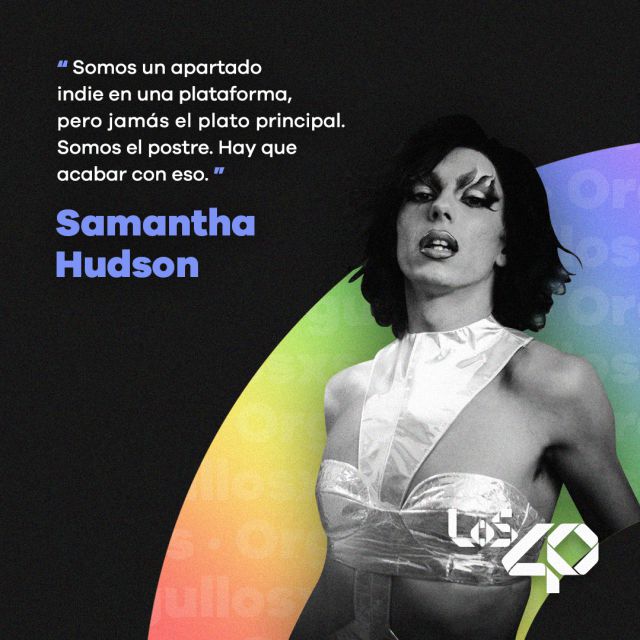 Undoubtedly, although there is still much to do, more and more artists are talking about LGTBIQ + issues in their songs. And the thing is, music, like any other art, has the ability to show all kinds of realities.