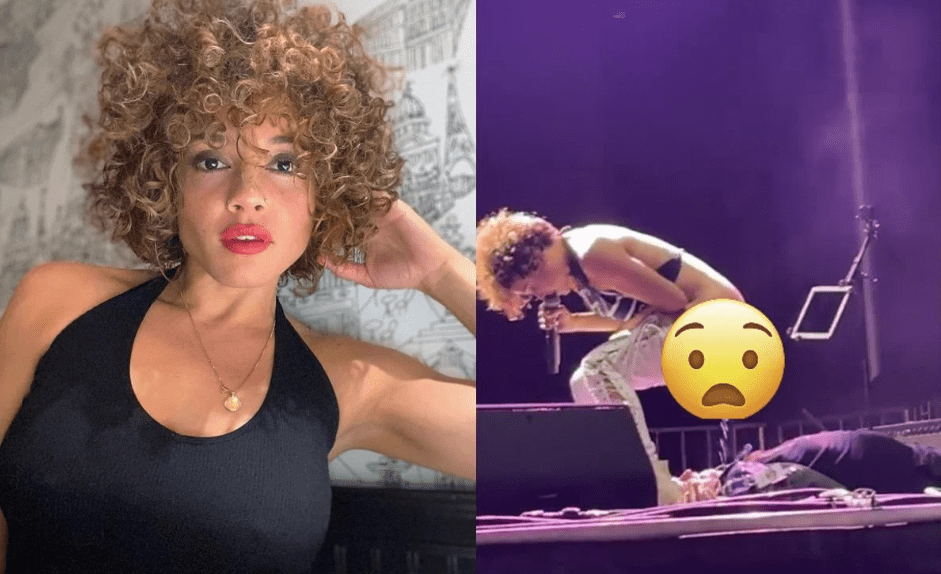 The vocalist of the band Brass Against, Sophia Urista, went viral on social networks after she surprised her followers when in full concert she urinated on a fan, which was recorded on video.

And it is that a man got on stage, lay down on the floor and allowed Sophia Urista to urinate on him, which left the fans surprised and also caused the video to go viral.

Better to piss on stage and not in a fucking sani-rent from the devil 🙆🏻🤷🏻‍♂️😂 pic.twitter.com/UYUm24SYHb

The band, known for covering songs by bands like Soundgarden and Black Sabbath, were performing a cover of Rage Against the Machine’s “Wake Up” when the incident occurred.

After inviting a fan to the stage, Urista motioned for him to lie down. He then proceeded to drop his pants and seemed to urinate on his face, as he continued to perform the song.

Those who attended the show in Daytona Beach, Florida, and people who viewed the clips online called the moment “disgusting.”

The New York-based collective has since apologized for the stunt and said Urista “got carried away.”

“We had a great time last night at Welcome to Rockville,” they said in a post on Twitter.

The band’s Facebook page, which has more than 450,000 fans, describes them as “a collective with the goal of creating music to inspire social and personal change.”

Before the incident, Urista was heard telling the crowd that he needed to urinate. “Get my man ready with the can on his head, because we’re going to bring him on stage and I’m going to piss in this motherfucker’s mouth,” he said.

You can read: Man bites the nose of a policeman who scolded him for urinating in the Metro