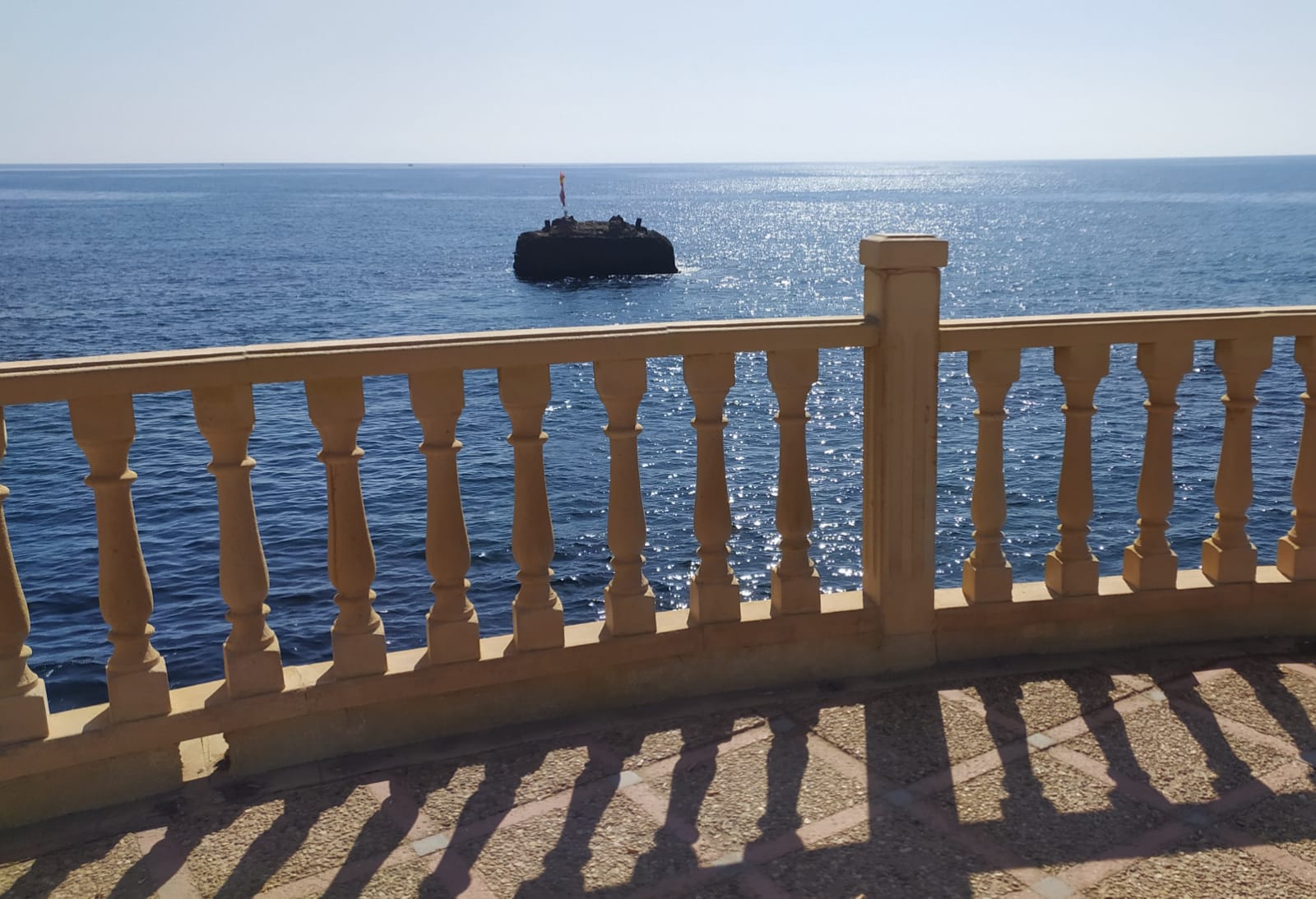 Villaricos will host a concert tomorrow Saturday unique and novel, that will envelop the public in the magic of the waves, the summer night, the music, which on this occasion, will emerge from the sea itself.

Guillermo Fernández will offer ‘An hour between two waters’, un authentic show that will place the stage in what is known as ‘leg of the pier’, a pillar with two centuries located in the middle of the sea, off the coast of Cala Verde. A ‘leg’ that supported part of the imposing infrastructure that was built for a modern mineral loading dock in the 19th century.

Thus, history and art, the beauty of the old and the new, the essence of the past and the present, will merge to give Alma a special night on the coast of Cueva.

The essence and sound of the sea, the nocturnal warmth and beauty of the past and present will merge in a concert whose setting, natural and historical, will be part of the notes that Guillermo Fernández will pluck from his guitar.

It is the first time in the history of Cuevas, in which between the stage and the audience there will be sea. It will be ‘An hour between two waters’, an hour of union between the past and the present, of fusion between the sea and the land, between the music and the waves, with a rhythmic rhythm of the heart and the Soul.

The leg of the Villaricos dock, which continues to emerge from the sea, is the only visible remnant of the modern mechanical loading dock It was built in Marseille around 1914. It was in that year that the old method of loading by barges and small piers was changed, replacing it with this imposing structure that was dismantled after 1957 when the mines were closed.

Ore transportation It was carried out through the railway that the famous Belgian archaeologist Luis Siret built at the end of the 19th century, and it traveled three kilometers from the Las Herrerías mines to the coast. It carried up to seven large hoppers, from where a conveyor belt, partly underground, took it to the mobile chute installed at the end of the loading dock, which could unload up to 3,000 tons of ore in a 10-hour shift.

The ‘dock leg’ leads there more than a century, it was the support of an imposing infrastructure derived from ingenuity and engineering to give agility and functionality to the transport of ore … today, that same leg serves as the stage to continue falling in love with history, that story that always has a soundtrack … We imagine what it would be like The one from then … the one from today, in ‘One Hour Between Two Waters’ we are not going to imagine it, we are going to feel it, it is going to transport us from the shore, from the Cala Verde viewpoint, to that leg of the dock that will come to life between the fingers of Guillermo Fernández.

“For quite some time I had in mind to record a live from an island or a place in the middle of the sea. Perhaps the nostalgia of the cruise ship scene or the passage through the islands of the Caribbean influenced me. I had an idea in another location that is still in my mind to carry out, but it is true that from the first day I met the ‘leg of the pier’ I quickly identified it as a stage in the middle of the sea and where something very similar could be done . I think that It can be a very beautiful summer night where the music to the beat of the waves and the sound of the water can create a very magical atmosphere. Cuevas is a place with many resources and sometimes unknown. I think that this activity can be another grain of sand to make it more visible and that it can be visited ”, explains the musician.

For his part, the mayor of Cuevas del Almanzora, Antonio Fernández, stated that when Guillermo proposed the idea to him, he thought “very interesting”. “Cuevas del Almanzora has a very large heritage, historical and cultural wealth and this concert, in addition to being very innovative, if nothing like it has been done, may be one more way of making known all this wealth that we have,” says the first mayor who adds, “I’m sure it will be a magical night, with that scenery in the middle of the sea, part of our heritage, and Guillermo’s music, will create a truly unforgettable atmosphere ”.