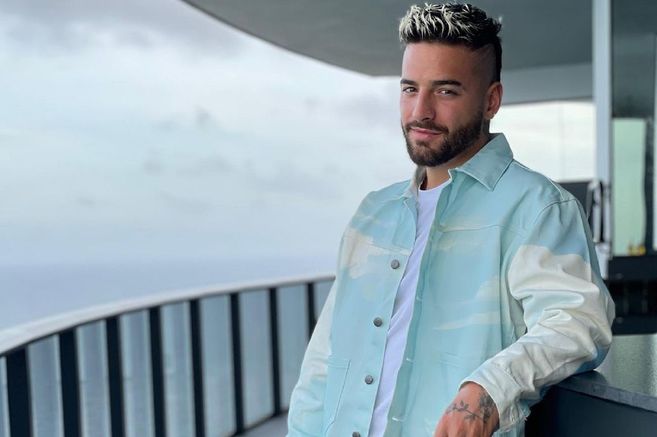 In social networks, a video went viral when the urban music singer became uncomfortable with a fan who asked him for a photo.

In the last hours, the Colombian singer Maluma It was a trend for a video that went viral on all digital platforms. In the images it is observed that the artist was walking down a street in New York and was heading towards his car.

It may interest you: J Balvin and the small sum he charged for singing in his early days

Around him he had several of his fans who approached him to greet him and ask for photographs. Until then everything was fine. However, one of his followers took him by his arm to greet him, an act that Maluma disliked and ended up pushing him away with a ‘slap’. In the clip, the man is heard apologizing in English for the altercation. “Sorry, my friend”, were the words of the fan to the singer.

You can read: The news that are trending in the entertainment world here

Immediately, one of Maluma’s bodyguards reacted and pushed the man away, until finally the artist managed to get into the car. The video has thousands of views and comments and was replicated by many accounts that follow the lives of celebrities. Many network users commented that Maluma’s reaction was understandable, as anyone would have reacted that way, while others say it was a rude attitude towards their fans. “It seems very rude to me … he has bodyguards very enlarged for that”, “that happens to people for being a fanatic, for ‘idolizing’ the ‘artist'”, “he should be more grateful to his fans”, Internet users wrote.

For his part, Maluma later uploaded a video on his social networks clarifying the situation and telling why he reacted in that way. “You know, don’t take people hard because you know what can happen to you”,he initially said amid laughter. Then he added: “I love their affection, my people, always, that they give me kisses, hugs, whatever they want … but there are things that go over the line, they go overboard and when they grab one hard by the hand, that is to anyone it bothers him, whether he is famous or not. I would believe that we have to be a little more respectful and measure ourselves, but I love that affection that you give me in every way and I feel it here in my heart “, express.

It may interest you: Does Maluma have an affair with Kim Kardashian? This answered the singer