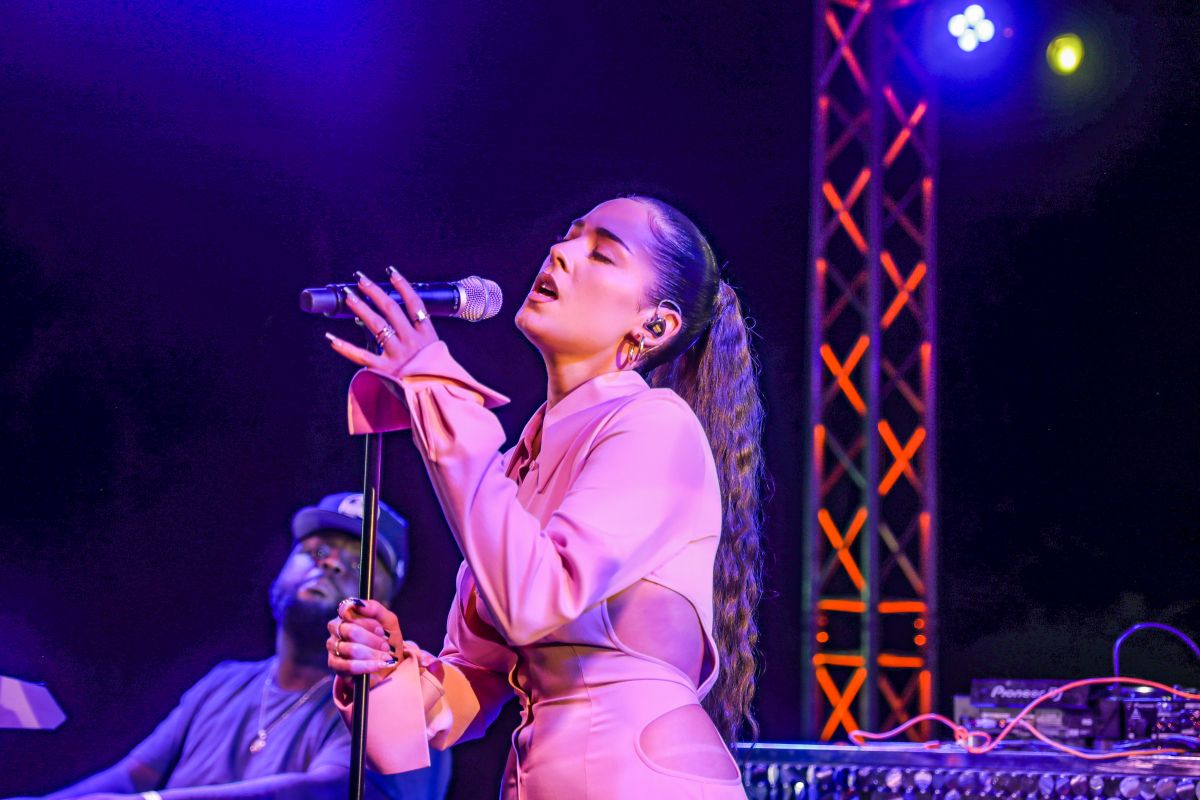 The singer Maeta shared on her Instagram account the moment when she was bitten in the face by a snake while filming one of his music videos.

As the 21-year-old artist was lying on the floor in a black lace bodysuit, two snakes crawled on top of her, and one got too close and bit her chin.

As he captioned the quick clip, “What happens to me for making videos for all of you,” says the December 19 post.

Later he wrote on his Twitter account: “never again”, without specifying if he needed any treatment, after the distressing moment.

Snakebite aside, Maeta slides into 2022 at its peak after a momentous year, as in April, he signed with Jay-Z’s Roc Nation and released his Habits EP, which includes songs like “Toxic.” , “Bitch Don’t Be Mad” and “Teen Scene.”

Additionally, the Indianapolis native joined HER on the Back of My Mind Tour in October.

Not a bad start for a young woman who dreamed of moving to Los Angeles to follow her dreams. “Music has been my thing all my life,” he told All Access Music in March 2020.

“I’ve always been the singer, whether it’s with my family or at school, it’s how everyone knows me, they always supported me, but honestly they had to be because there was nothing I did more than this,” Maeta said in March .

Maeta caught the attention of fans after uploading songs to SoundCloud and Instagram and then release their debut EP, Do Not Disturb , in 2019.

“I remember watching the VH1 top 20 countdown every morning as a child, that’s what inspired me to be a singer,” she told the media a few months ago. “I wanted to sing and make videos like all the ones I saw. I started doing covers at 7 years old and started publishing them when I was 13. That never changed and it has gotten me to where I am today. “

Luckily, the snake bite was only a scare, but it will be difficult for him to make video clips where he exposes his physique to exotic animals.

Also read:
· La Niña phenomenon causes snake and arachnid infestation in Australia
· Photos: Cat saves owner from poisonous tiger snake in Australia
· A snake bit his genitals in a toilet in South Africa and that’s where his nightmare began

Video: Snake bites the face of the singer Maeta in the middle of filming a video clip