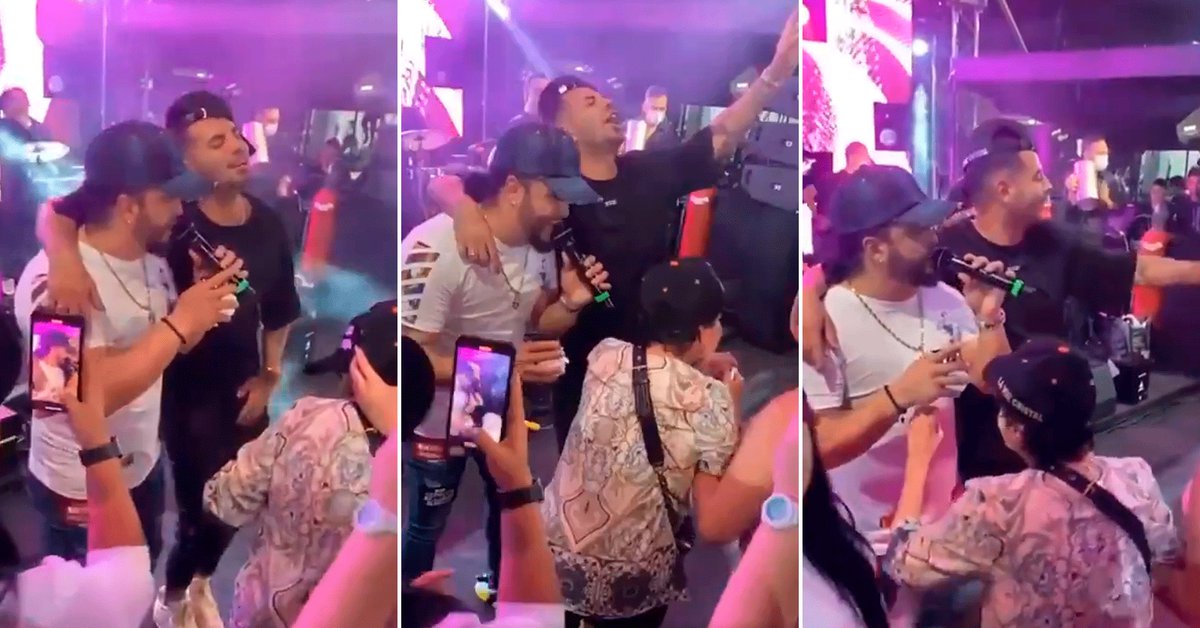 Edwin Cardona, player of the Selection of Colombia and Boca Juniors, decided to take a few days after finishing his role with third place for the ‘tricolor’ in the Copa América that was played in Brazil. This decision already had the team’s fans upset ‘xeneize’They consider that the club does not give it enough importance, even more so when they sent him a private flight to return to Buenos Aires, as the team is preparing for a Copa Libertadores commitment this Tuesday against Atlético Mineiro.

This weekend a fact was known that could end up heating the spirits against the Paisa player, who is on loan at xeneize from the Mexican Tijuana. Videos and photos of a family party in which he participated are circulating on social networks Cardona and where the vallenato singer Nelson Velásquez was, who was the main guest of the celebration.

Edwin Cardona, along with the Vallenato singer Nelson Velásquez.

Although the player and his family were discreet and did not publish anything on social networks, the vallenato singer did portray his meeting in his personal media.

Although no further details are known of the place where the party took place, this Saturday, July 10, the former member of Los Inquietos uploaded an image accompanied by the Colombian footballer, in an event that looked very crowded and without biosecurity measures. In the photos and videos you can see the player singing and sharing with his guests.

Edwin Cardona, along with the Vallenato singer Nelson Velásquez.

The images led to the fans searched a little more about the meeting, and found more evidence that would show that the player not only broke the isolation bubble proposed by the club, but it was exhibited even more in an event of this type a few days after returning to Buenos Aires.

These are the videos:

Next Tuesday, Boca Juniors will face Atlético Mineiro from Brazil for the most important club tournament in Latin America.

According to Espn, in the gaucho country they are upset because the player broke the biosecurity bubble and will now need to be isolated before joining the trainings.

The criticism against the midfielder not only comes from Argentina, after the 3-2 victory of the Colombian National Team against Peru, in the definition for the third and fourth place of the Copa América, the renowned commentator Iván Mejía expressed his opinion about the individual performance of some players from the team led by Reinaldo Rueda. The journalist’s first comment was on Edwin Cardona, whom he described as “heavy and uncompromising.”

The midfielder played in five of the seven games played by the ‘tricolor’ team in the national team tournament. In total he played 304 minutes and scored a goal, his average score in the tournament was 6.3 out of 10. In the last game against the ‘Inca’ team, Cardona made 25 correct passes, he only had a shot to the goal, he won seven duels and performed two dribbles in 46 minutes. In addition, he received a yellow card