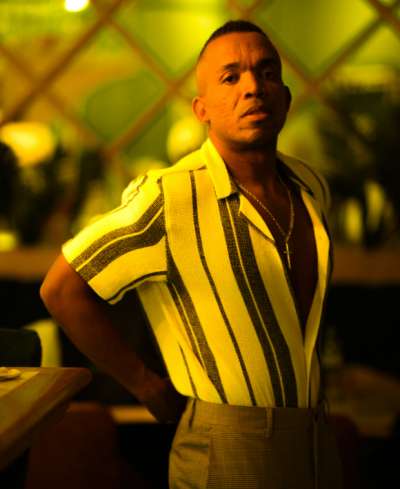 Colombia, (September 2021) –After participating in different orchestras of salsa and Pacific folklore groups such as the Bahia group, the La Fuga orchestra and orchestra the 70, the talented artist JANCO JANNER presents its first record album which includes 11 songs and comes loaded with sounds that perfectly combine the romantic salsa with genres like urban, Aguabajo del Pacifico and the Further, among others.

The album comes with collaborations from artists such as Timbiquí heritage and Alexis Play, the arrangements are made by the teacher Jose Aguirre of the group Niche, Oscar Iván Lozano, better known as Oílo, Marino Luis and Diego Londoño and was produced under the label of Cuaryen.

With this album the artist wants to show the public that the genre of the Salsa is still alive, and that, like him, there are many great exponents who continue this musical legacy with very interesting proposals for mergers between the Salsa with rhythms and sounds modern.

With his music JANCO JANNER He continues to pave the way for new generations of salsa artists, putting the Colombian Pacific on the radar where there is a lot of talent and his work motivates him so that others like him continue to make music with positive messages to their regions and to the world.

“I dream that this album is Grammy nominated because I know that the work is being done with the discipline and love necessary to reach very high“, He commented Janco.

The artist prepares a national and an international tour, he also plans to do a Album dvd “DILEMMA”And thus show the public what a live concert is, since due to the pandemic it has not been presented in this format for a long time with its orchestra full of very talented musicians.

Singles within the album:
I will do it for you
They didn’t tell you
I want to love you
We finished
Without excuse
Don’t call me anymore
We say goodbye (fusion)
You paid me bad
We love each other
I need you
When nobody sees me

Born in The Charco Nariño 35 years ago, he always had a great passion for music, his father was an empirical guitarist, as was his mother who sang in the town church where Janco he learned to play the guitar at age 10.

His first musical pines were in salsa groups in his region such as the group Bay, the La Fuga orchestra and orchestra the 70. Currently the artist is finishing his first album with 10 singles that he has prepared for this 2021.