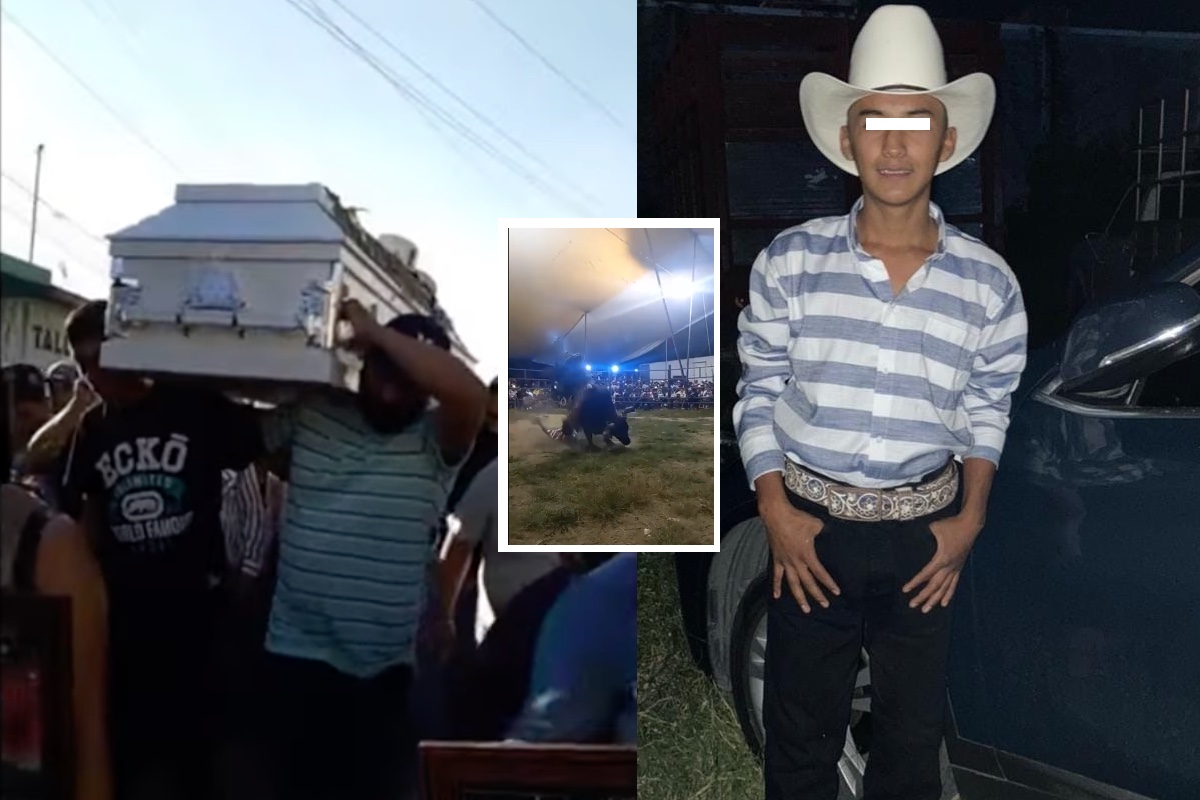 Jose Alberto “N”, a 15-year-old boy, known as the Golden Child, and who died after being trampled by a bull during a jaripeo in the town of San Isidro Huilotepec, in the municipality of Atlixco In the state of Puebla in Mexico, he was fired amidst music, cheers and tears by fans, friends and family.

In a video shared by local media, it is appreciated how in the middle of a crowd, they carry the coffin of the minor who tragically lost his life.

“Long live the Golden Child, to fly high dad”, one of the attendees was heard saying and then the band music began to play in honor of the minor.

The Golden Child He was performing his show as usual when he suddenly lost control and, instead of falling to the ground, one of the spurs of his boot got caught in a noose tied to the animal.

That caused the young man to be dragged and trampled by the bull for several minutes.

In the video that went viral due to the accident, it is also appreciated how the young man is picked up by other riders, with a total absence of ambulance and paramedic services to attend emergencies that could arise from an event of this type.

Although José Alberto “N” or the Golden Child, who was famous in Atlixco Due to his talent as a horseman, he was transferred to the hospital in that municipality, the medical efforts were in vain because they could not do anything to save his life.

After what happened, the Puebla Attorney General’s Office reported that it opened an investigation folder on these events, without so far it has been determined if there are those responsible for the death of the minor.

Video: “Long live the Golden Child”, with band music and cheers, they say goodbye to a young man who was stepped on by a bull in Jaripeo