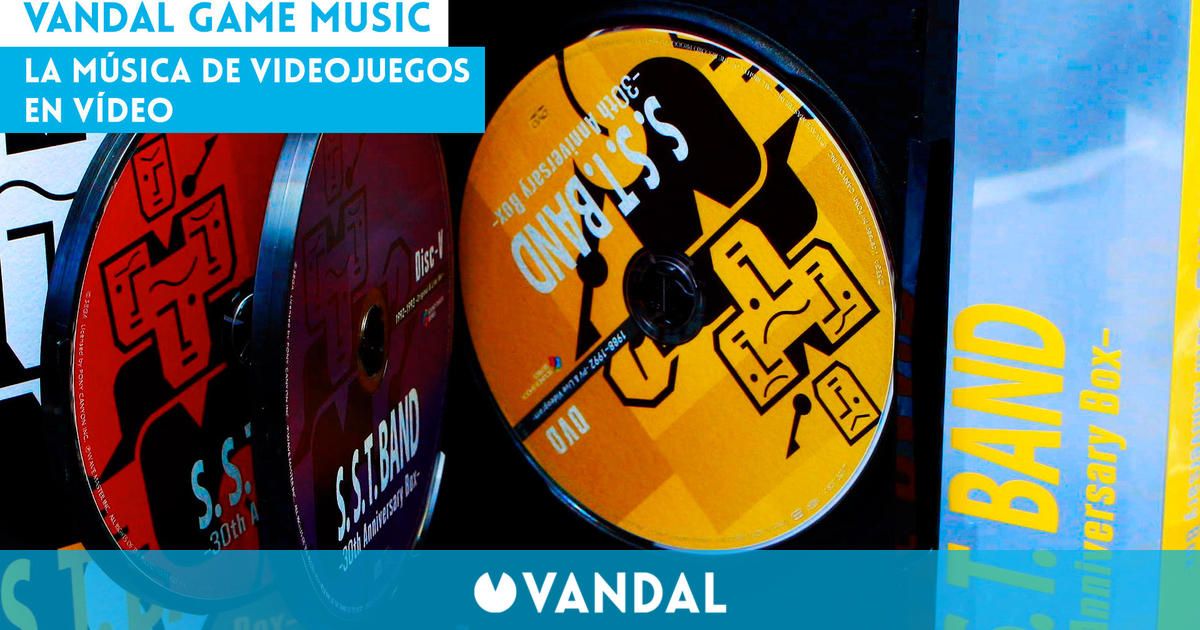 Throughout the column we have talked about CDs, vinyl, cassettes, live events, record labels and much more, but we have hardly stopped to talk about video, another of the resources that exist to immortalize video game music and that sadly it was not as prolific as the others, so there are not so many records that we can find that combine the music with the images.

This week we will dedicate ourselves to searching for those scarce video content that has been recorded and edited, from the late eighties with VHS and Pioneer’s LaserDisc to the most current formats such as DVD and Blu-Ray, which have had a longer journey, especially in the Japanese country, despite the fact that they are not published as much as soundtracks do on their different media.

If in the column about record labels we saw how it cost to get the record industry started, with video content it would cost a lot more, Scitron and Art being the first label to give it importance. The very foundation of the Scitron label was given by this fact, since they wanted to separate themselves from GMO Records, which did not have a video department. The first record that we can find of video game image and music is in the LaserDisc of Darius from 1987, which shows images of a perfect gameplay while the soundtrack of the disc is played without sound effects, like a video clip. The idea would be repeated with more games in the series Darius, calling them Zuntata Visual Clip in those dedicated to Darius Gaiden and Rayforce. The other sample that we found in that decade is in the medium-length film Dragon Quest Fantasia 1988, a live-action adaptation of the story of Dragon Quest II accompanied by the Koichi Sugiyama orchestra in pictures, following the same idea as in the famous Disney movie.

In 1990 is when Scitron edited the valuable direct Game Music Festival 90 Special Zuntata vs SST Band on VHS and LaserDisc, and S.S.T. Band Live, this only released on VHS. To this will be added the Symphonic Suite Dragon Quest IV with the London Philharmonic in 1991, various video material from Falcom and Neo Geo, as well as other lesser-known events: the direct Virtual Brother from Kohji Hayama & Brothers, the Konami All Star Festa 97 or the direct ones of Zuntata in 1997 and 1998. It is a pity that many of the events of the nineties were only edited in audio and not in image, but not many more videos were released in that decade, one of the last being the VHS of the game Beatmania.

The turn of the century saw the abandonment of VHS and the LaserDisc, slowly giving way to DVD. It would not be until 2002 when the first digital video discs such as the one from Ballet Dragon Quest ~ Star Dancers Ballet or the most direct recommendation Motoi Sakuraba Live Concert Star Ocean & Valkyrie Profile from 2003, distributed by Sony Music with a Sakuraba at the peak of his career. Other very notable of that time are the compilation of videos Ys Special Collection -All About Falcom- and the direct The Black Mages Live of 2004, something difficult to obtain now, since they only gave it to the members of the club of fans of Nobuo Uematsu.

During that entire decade, of course, DVD remained the only format, and it will be almost until 2010 with the launch of the Blu-Ray of Video Games Live. Until then, many other interesting concerts had been released, such as the DVD that came with the Segarocks Live in Japan CD, the concert that the short-lived band gave. Segarocks by SEGA. Also a DVD that includes a live show with many of the composer’s soundtracks. Yuki Kajiura, the concert of Bemani dedicated to the saga Guitar Freaks, titled THE GITADO LIVE -BEMANI 10th Anniversary memorial event-, or the concerts of the saga Person, which started here with two Persona Music Live in 2009 dedicated mainly to Person 3 FES and Person 4, which had been the last two games to be released.

From then on the video releases would begin to be more constant, also going through the Blu-Ray format. In 2009 the concert is recorded A Night in Fantasia, which is followed by the DVD of Falcom jdk Band Live 2010 in Liquidroom and the CD + DVD of Guity Gear x BlazBlue Music Live 2011. In 2012 the Persona Music Live con Mayonaka TV in Tokyo y Square Enix edita el Final Fantasy Orchestral Album on Blu-Ray with an unbeatable editing. Also continue with that magnificent Distant Worlds: music from Final Fantasy the Celebration and the first concerts of Final Fantasy XIV. > Former Konami member Motoaki Furukawa records his own live on DVD and the band Blind Spot with former members of the SST Band will do the same with the great Blind Spot Live!.

Square Enix becomes the largest video game music distributor with more concerts of Final Fantasy like new from Distant Worlds, the Final Symphony and those dedicated to online delivery, such as Eorzean Symphony or those of the band The Primals, but also with the concerts of Deny and NieR Automata, the 20th anniversary concert of Xenogears, that of Octopath Traveler Break, Boost and Beyond Live! and of course that lavish Orchestral SaGa Live Disc which was released this year on Blu-Ray. And even if it was edited by Sugi Label, another very important gig from a Square Enix license is the Symphonic Suite Dragon Quest V: Tenku no Hanayome, Sugiyama’s only one on Blu-Ray. In these years some of Nintendo have also come out like the one in the saga Fire Emblem in 2016, the concerts of Splatoon 2, the great Kirby 25th Anniversary Orchestra Concert and of course the The Legend of Zelda Concert 2018 and the 30th anniversary. That without forgetting the concerts of Nobunaga and Romance the COW, el Tales of Festival, the indispensable S.S.T. Band 30th Anniversary Box with many of the concerts in its history, and the Blu-Ray of Chrono Cross 20th Anniversary Live Tour at Nakano Sunplaza, entitled Radical Dreamers, which also went on sale in April 2021.