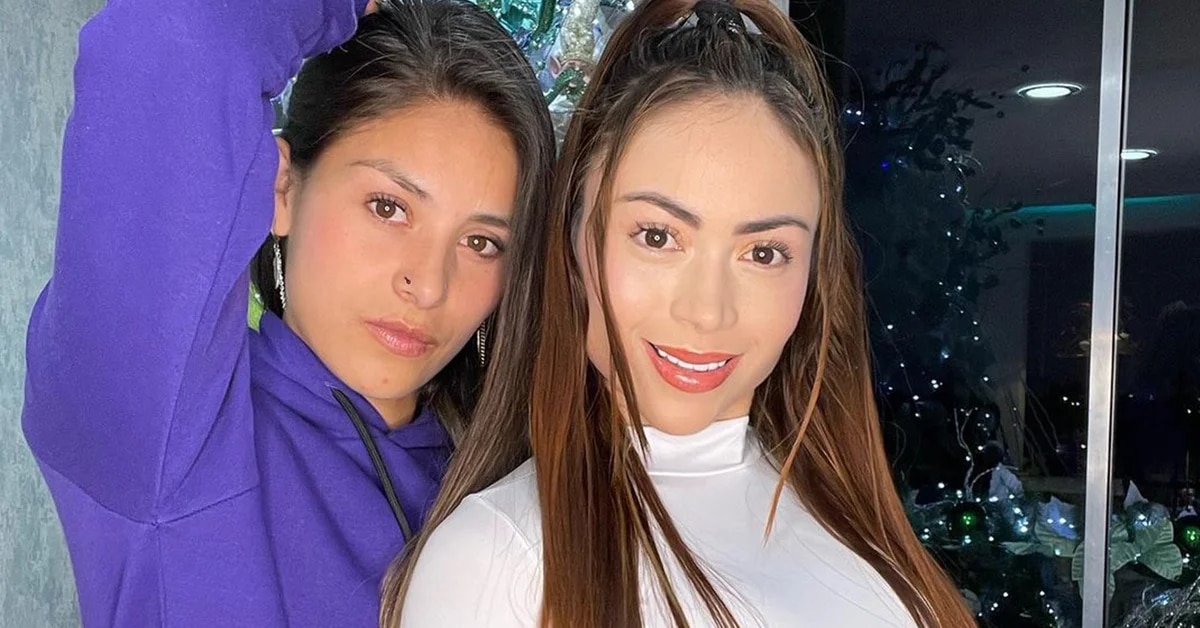 Much has been speculated about an alleged break between Diana Celis and Daneidy Barrera, better known as Epa Colombia. In fact, the rumors began when the businesswoman announced through her Instagram stories that her partner asked her for time, a sign that the courtship was in danger.

However, the front of the Santa Fe women’s team denied what the influencer said, and stated that it was she who actually asked her for some time to reconsider the fact of continuing together. From these statements, there were not a few followers who questioned the veracity of what Barrera said, but that novel got a new chapter.

Through several ‘InstaStories’, the expert in keratin and other beauty products, learned through a friend who was with her, that she had received a message from Celis informing him that he had bought an apartment. While he was telling Daneidy what had happened, she was recording and showing off her body. When he heard the news, he replied, “she is crazy; i knew she was crazy” while contemplating himself before the front camera of his cell phone. Immediately afterwards, he began to compliment himself.

“They have known how to put together a body for me, and I am not talking about silicone, my love. Later, she turned to look at her buttocks and exclaimed “Oh friend, I’m giving you enough!”, Barrera boasted in the midst of several laughs.

You may be interested in: Maluma, the only Colombian named by Rolling Stone as an influential artist in fashion

To complete, he sang ‘Salud por el’, a success for Paola Jara, but he did not clarify if it was with a dedication included to Diana Celis. What he did do was promote his keratins and some recently launched combos, also detailing the prices of each one.

Through Instagram, the businesswoman also showed off her body and even sang a song by Paola Jara

The video, which was not deleted from the businesswoman’s secondary account, has been replicated by various entertainment accounts such as ‘Rechismes’, and there the reactions of dozens of users were not long in coming: while some said that the relationship between the two celebrities is not healthy, others reiterated that it is a marketing strategy.

reactions like “That relationship is rare to say the least, I think that Epa should release her” partner “, when they don’t want to be by your side, it’s better to step aside and stop begging for love”; “She already looks like Yina Calderón, pure controversy and drama”; “And they were supposed to want a son”; “Pure marketing”; “Puro marketing” and “Divine, successful, but….what a toxic and just controversial relationship”, were the most popular in this celebrity account.

A few days ago, it was learned that Epa Colombia’s best friend responded to some questions in a dynamic of questions and answers on Instagram; In the middle of the activity, they asked him the question: “How is Epa’s relationship with Diana Celis?”

Given this, the subject replied by sharing an image of the three during a dinner in which the couple is seen and very happy, dispelling the rumors of a breakup and with the phrase: “They love so much each other”. In a very short time, that image went viral and many users of that platform began to doubt what was said by both Barrera and her partner, since both have not come out to deny this fact.

Finally, it is worth remembering that they spent the holidays together, even in those days they talked about the possibility of having a baby, which did not work out due to Daneidy’s health problems.

See the complete list of winners of the “Bogotá in 100 Words” contest
Video: Luisa Fernanda defends Karol G from those who compare her with Yailin the most viral

Video: Epa Colombia says that Diana Celis is “crazy” to go live alone and let off steam with music by Paola Jara