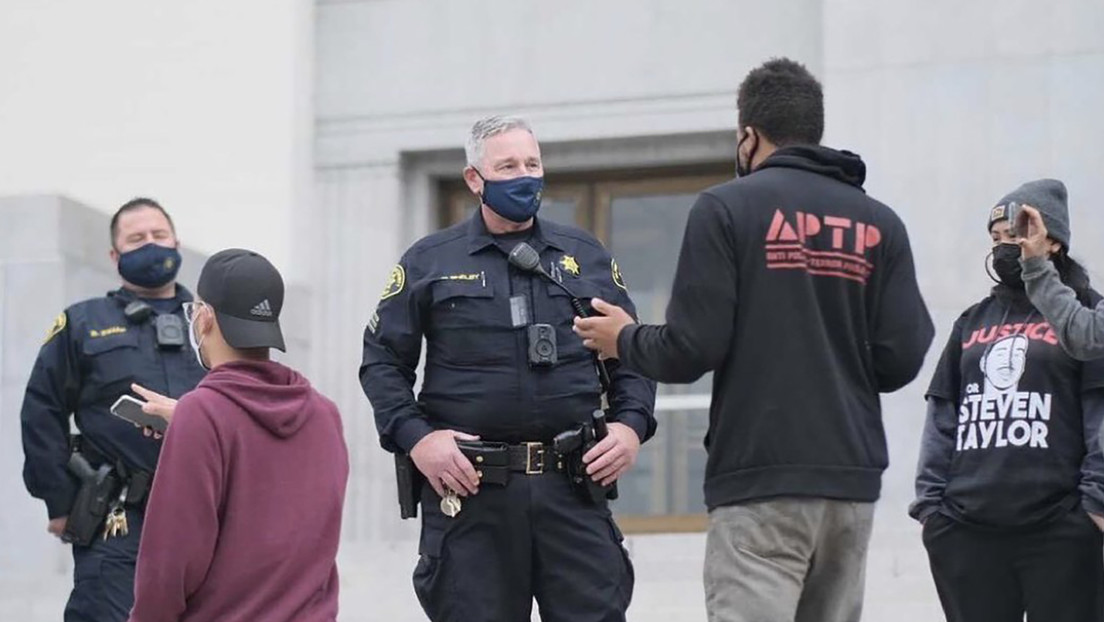 This is not the first time in the United States that an agent has resorted to the tactic of music. However, in previous cases the agent involved had not openly admitted his objective.

An American police officer arguing with an activist played loud music from his phone after realizing he was being filmed, in an attempt to activate copyright filters on social media and prevent the video from being uploaded to the Internet. .

The incident occurred this Tuesday in front of the Oakland Courthouse, in California, while James Burch, policy director of the Police Against Terrorism Project (APTP), supported with a banner the family of an African-American killed by an agent of the force public last year, collect the portal The Verge.

A uniformed man approached Burch and asked him to put the banner aside, but he refused and an argument broke out. When the police officer noticed that a witness was filming from a mobile, he took out his and put on the song ‘Blank Space’ de Taylor Swift. That surprised Burch, who asked if they were having a dance party.

“They can record all they want, but I know that this cannot be posted on YouTube“replied the sergeant. It is worth noting that, although playing music in the background of a video does not necessarily contradict the rules of that platform, it can activate its automatic elimination system.

Cop Plays Taylor Swift to Prevent Video Sharing of Him Harassing Protesters ‼️A cop demanded we move #Justice4StevenTaylor banners. We asked him why. He pulled out his phone & played a Taylor Swift song.“You can record all you want, I just know it can’t be posted to YouTube.” pic.twitter.com/avpf1LUvCd

Is it’s not the first time that in the United States a police officer uses the strategy of playing music to take advantage of the copyright protection policies of social networks. However, so far the agents involved they had not openly admitted their goal. Last February, Sennett Devermont, an activist who regularly broadcasts protests and police interactions live, accused a Beverly Hills officer to act similarly while the two chatted and he broadcast on Instagram.

Based on US law, the audacious police ‘procedure’ to avoid scrutiny online would be incurring a violation of the right of citizens to openly film policemen, enshrined in the first amendment to the Constitution. On the other hand, and as the Beverly Hills Police said in the February incident, “playing music while accepting a complaint or answering questions it is not a procedure that has been recommended“to the members of that department.