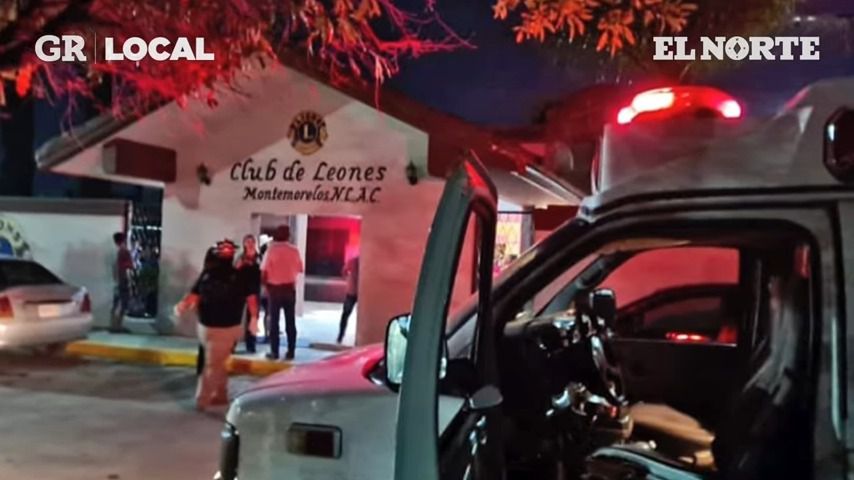 Monterrey Mexico — A man attacked his ex-partner with a knife when she went on stage where singer Paco Barrón and his Norteños Clan played, at a dance at the Montemorelos Lions Club, in Nuevo León, on Saturday night.

Also read: There are 327 reports of missing women in Nuevo León during 2022

The video of the moment in which the woman was seriously injured and fell from the stage, while the singer spoke into the microphone and gave roses to the attendees, has circulated on social networks.

Halfway through the presentation, Barrón began to give away roses in the event hall —located on José María Parás street, in the Zaragoza neighborhood— which, according to reports, was full.

Due to an attack of jealousy, a subject stabbed his ex-girlfriend during a Paco Barrón concert, who gave him a rose and that unleashed the aggressor’s fury.

It all happened at the Montemorelos Lions Club, in the state of Nuevo León.@Pueblaonline pic.twitter.com/sCpPZVZBvy

Ana Patricia Pérez Cuéllar, 43, was on stage, to one side of the band, while Barrón addressed the audience. While she was waiting, her ex-partner Heriberto de Ella, also 43 years old, went upstairs and, under the gaze of the grupero singer and the attendees, stabbed her several times, seriously injuring her in the abdomen.

The woman stepped back to prevent him from hurting her further and fell off the stage. Then, Barrón asked that they call the police when he saw what was happening and later the security personnel and some assistants subdued the aggressor before he fled.

Several people beat him up and then handed him over to Montemorelos police officers, who arrived after reporting the events.

The woman was taken to Montemorelos General Hospital, where medical staff said the wound could have cost her life and will take more than 15 days to heal.

Video: A man stabs his ex-partner on the stage where Paco Barrón played