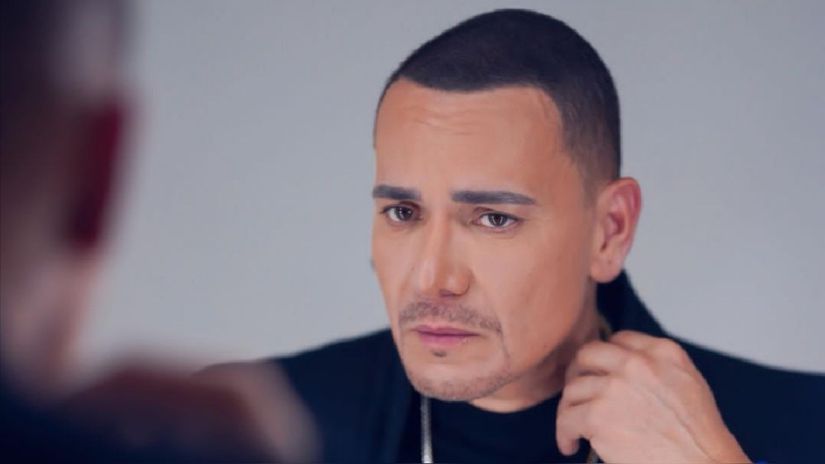 After releasing his single “Víctimas las dos”, made with the collaboration of La India, the singer-songwriter of Puerto Rican origin Victor Manuelle He is preparing his new record project, at the same time that he is preparing his return to Lima with a concert scheduled for November 20 at the Peru Arena.

His new album will be salsa, according to a press release, which is projected to be released in mid-2022. An album that will include 10 songs written mostly by the same Puerto Rican singer and, in addition, will have special guests.

“I’m very excited about my new album and I don’t see how long it will come out, but apart from ‘Víctimas las dos’, which was a small preview, there is a very nice song called ‘Give me back a love you’, that speaks of pure love; another called ‘I decided to have pants’, which is quite strong too, “he said. Victor Manuelle.

And finally, he added: “The content is very well cared for, because I think there is a need to hear good lyrics at the moment.”

As you remember, Victor Manuelle A few weeks ago, he spearheaded the “Walk it for your hero” campaign for the benefit of Alzheimer’s patients in his native Puerto Rico.

The Victor Manuelle show in Lima

Victor Manuelle will sing for the first time at the Arena Peru. The appointment is on Saturday, November 20, with a show that will be preceded by the most select of Peruvian salsa, such as the revelation Brunella Torpoco, the Bembé Orchestra, Son Tentación, Zaperoko and the soloist Farik Grippa.

The concert is complemented by the singer Cielo Torres, Wilmer Cartagena, Combinación de la Habana and several others. Tickets for this event are available with a 15% discount in the Teleticket modules of Wong and Metro.

But music and the record aren’t the only thing keeping people busy. Victor Manuelle, but also his granddaughter Dylara Valentina with whom he shares daily in his house on the Island of Enchantment next to his wife Frances Franco whom he married earlier this year after 13 years of living together and their daughter Yanishka.

In this episode we share why we like (or don’t like) horror movies. Before, of course, we give you our opinion about VENOM (and why maybe you should reconsider seeing it if you haven’t already), going through the questionable practices of a movie chain and even the Creole song we talk about. The episode is varied, so press PLAY.

Víctor Manuelle announces a concert in Lima and a new album