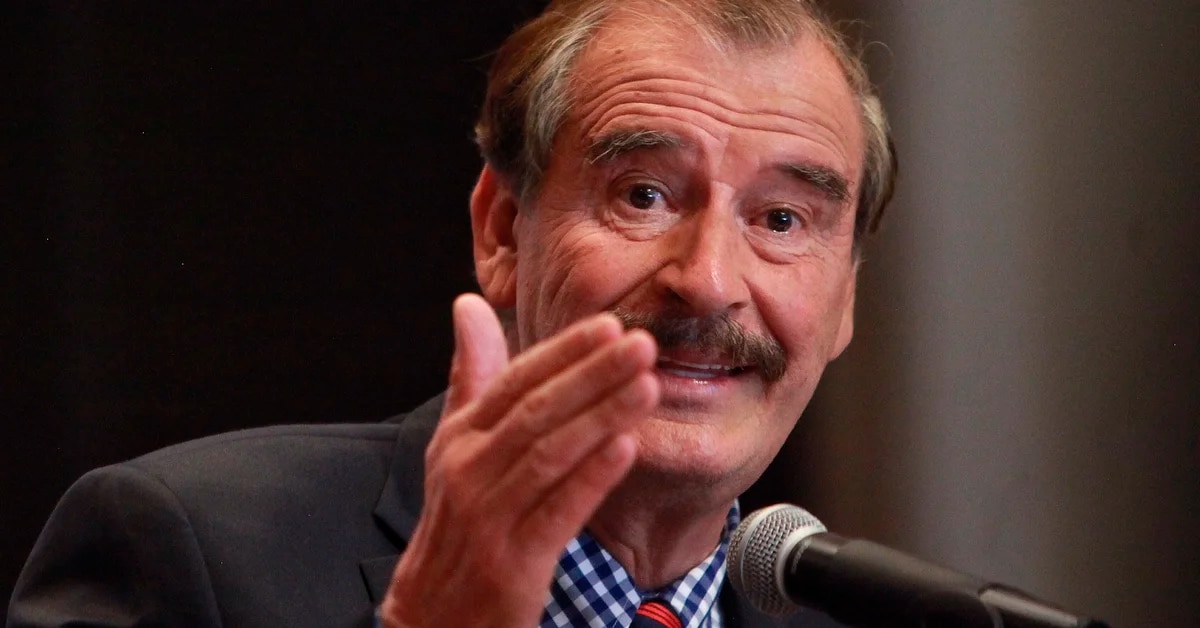 
The ex-president Vicente Fox Quesada attacked Morena for the increase in cases of contagion of the new Omicron variant; this, after making it known that the Government of the Mexico City will postpone the New Year’s Concert that would be carried out this December 31 as a measure to safeguard the health of inhabitants.

Through his Twitter account, the former Mexican president assured that the capital and Health authorities they try to deny the increase in cases confirmed COVID-19 with the classic phrase “nothing happens here.”

However, Fox Quesada continued, his tranquility is a deception, since there are infections in the capital and “more is going to happen.”

“They confuse the sayings of Claudia and Gatell, the classic” nothing happens here “, denying (the variant) Ómicron. However it is a new deception. If it happens and more will happen !! “


Before his statement, the reactions of the Internet users did not wait, as several users used the publication to mock the former president.

“They have the same credibility as you, Fox “,” Mr. Vicente Fox: Would you like to be president of Mexico and have moral authority? ” or “And you also promoting massive events … you are a double standard”, were some of the comments.

And it is that on Tuesday afternoon, the CDMX Government notified that the New Year’s Concert that was scheduled for December 31 at 6:00 p.m. in the Glorieta de la Palma, on Paseo de la Reforma avenue, will be postponed due to increase in infections by COVID-19 in the capital of the country.

The capital administration also confirmed the closure of operations of the Christmas Festival in the Zócalo capital city for December 30, a day before what was initially announced.

Claudia Sheinbaum Pardo stressed that this action is not an alarm signal (Photo: CDMX Government)

At a press conference, the Head of Government, Claudia Sheinbaum Pardo, stressed that this action is not a sign of alarm, since so far an emergency situation has not occurred despite the new variant.

“It is a matter of precaution to see that there is an increase in cases, but it is not an alarm, but a measure to avoid a greater number of infections. It is a celebration that took place in 2019, we wanted it to be held every December 31 as something that would remain in the City, but we must respect health measures, “he said.

Likewise, the capital president recalled that the vaccination day against the coronavirus seeks to transmit to the population the need to be cautious in these times and not lower our guard to avoid the transmission of the virus.


In his participation, he stated that the action does not mean closing any economic activity, since it only wants to inform the population so that they are cautious with the increase in infections. “Fortunately in the City most of the people are already vaccinated: 52 percent of older adults already have the third dose of the vaccine and they will continue to be vaccinated in the coming weeks, “he added.

Finally, he called on the citizens of the capital to respect health measures, get vaccinated if they have any lag, or go for booster doses if they are within the programmed age range; as well as interact in open-air or well-ventilated spaces, wear face masks in closed and public spaces, wash your hands frequently or use antibacterial gel and take a test and isolate yourself if possible symptoms of the disease are detected.

CDMX government postponed year-end concert due to increased COVID-19 infections
“It doesn’t take long for the bomb to explode”: Fox railed against AMLO and López-Gatell for a rise in Ómicron
Coronavirus in Mexico as of December 28: 4,446 infections on the last day, a new record for December

Vicente Fox threw himself against Morena for the New Year’s Eve concert: “It’s a new deception”