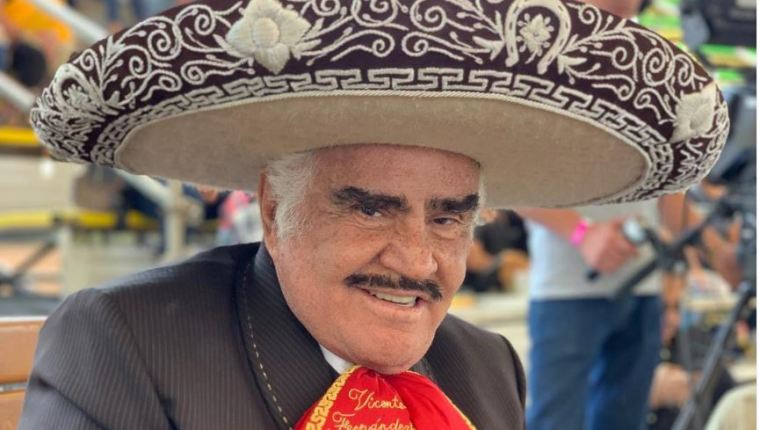 In 2013 it was speculated that about 5 million euros were laundered in Vicente Fernández’s farewell world tour.

The Central Operative Unit of the Civil Guard of Spain conducted the investigation and it was estimated that only in Chente’s presentations, on June 15, 16 and 17, 2012 in Spain, some 300 thousand euros could be laundered, according to the newspaper. The country on that occasion.

“The information from Colombia available to the Civil Guard indicates that some drug traffickers from that country have been able to launder about 5 million euros on this singer’s farewell world tour,” added the Spanish newspaper.

“From the investigations, no type of involvement of Vicente Fernández was derived, but there was data, extracted from the flow of money from his actions in Spain, which pointed to the Colombian citizen Andrés Barco, as the person who, in coexistence with drug traffickers of his country, organized the world tour (through its company Total Concerts), to launder illicit money “, published The country.

The controversy also arose because during the singer’s performances “strange things” were noticed, for example, according to a witness, an expert in show promotion, when opening the door of the venue, many people were allowed to pass “free”, although they ” he pretended “to have sold a large number of tickets, which,” in reality, were paid by the organization itself with alleged drug money, “elsiglodetorreon.com.mx published in 2013.

Another piece of information that the Spanish authorities mentioned to consolidate their suspicion that the drug traffickers could launder money on Vicente Fernández’s tour, “is the replacement in Spain, at the last moment, and as the opening act, of the singer Jhonny Rivera by Pipe Bueno, son. of a well-known Colombian drug dealer nicknamed El Percherón, ”published that year Excelsior from Mexico.

Vicente Fernández: What was the reason why the authorities investigated “El Charro de Huentitán” during his farewell tour