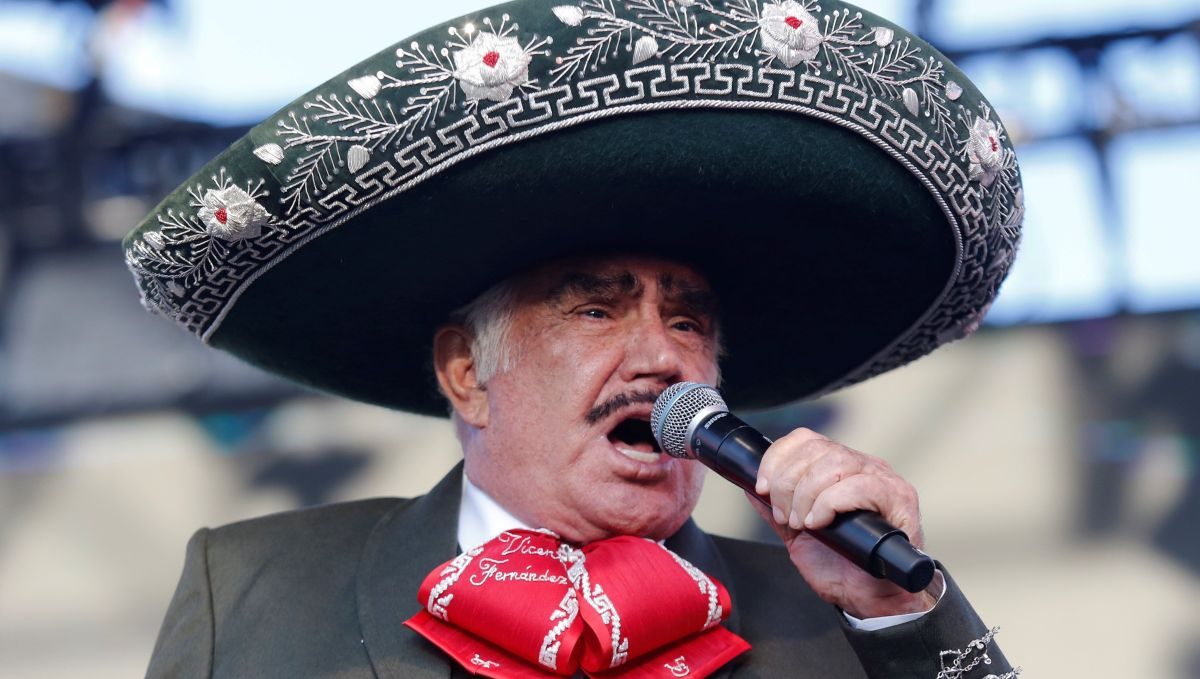 After two weeks of hospitalization, the 81-year-old family of Vicente Fernández confirmed the disease he suffers, Guillain-Barré syndrome, and assured that his health continues to improve slowly.

“He is improving, obviously a cervical operation is delicate but it is going very well. They have already taken the oxygen from him, he is already moving his whole head, the other day he already moved a foot and he is recovering little by little, ”his grandson Alex Fernández assured Efe this Friday.

Likewise, the first-born of the family, Vicente Fernández Jr., confirmed in the last hours in an American program that his father suffered from Guillain-Barré syndrome and that he had already been in treatment since August 13 to prevent its advance.

“Fortunately, it was detected very early, it already has treatment and it will be a treatment with a slow response, as the doctors said,” said Vicente.

According to his son, the disease detected is not related to the fall suffered by the Charro de Huentitán on his ranch that led him to hospitalization.

What is Guillain-Barré syndrome?

The syndrome suffered by the singer is a condition in which the immune system attacks the nerves, the symptoms range from weakness and tingling in the lower extremities and can lead to paralysis.

Fernández arrived a couple of weeks ago at a private hospital in the city of Guadalajara, the capital of the state of Jalisco, after suffering a fall that caused a blow to the cervicals near the skull, injuring his spinal cord and leaving him without movement of his arms and legs.

Due to this, the singer had to undergo emergency surgery that caused respiratory deterioration and therefore had to be connected to artificial respiration and consequently completely sedated to facilitate his recovery.

Before his arrival at the hospital in early August, the singer from This jealousy he had been admitted for a severe urinary infection that kept him in the hospital for two days.

Throughout his life, Fernández has overcome various diseases, such as prostate cancer in 2002, the removal of a tumor in the liver in 2012, a year later a thrombosis that caused him to lose his voice, and surgery to remove hernias. abs in 2015.