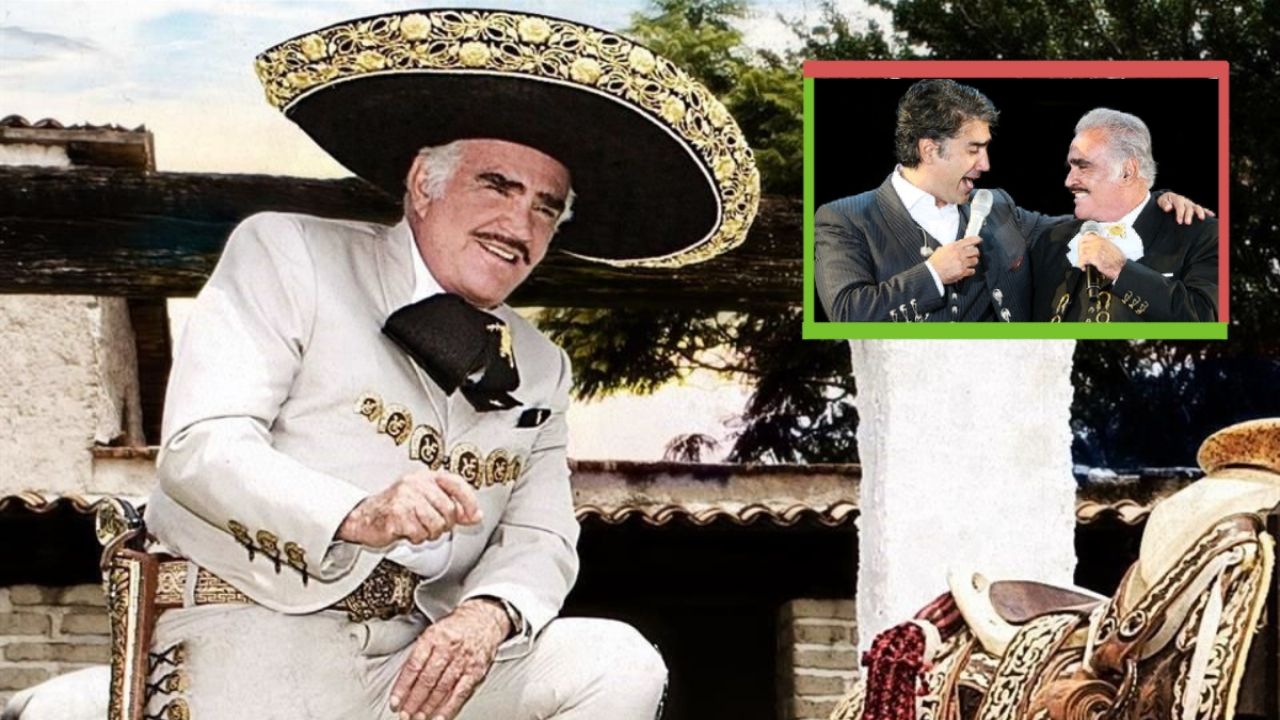 After almost 90 days interned in the Country 2000 in Guadalajara, Vicente Fernandez he was finally able to leave intensive care to continue his recovery in a room. It seems that the evolution of the ranch idol is already beginning to be more noticeable and his loved ones have some peace, after weeks of rumors that his condition was worsening with the passage of time. This day ends another month and this is the last known about him health status of ‘Chente‘ Today Sunday October 31.

In a brief review of what has happened to ‘The Charro of Huentitán‘ in October; It was on the 5th when the first medical part of the month was announced, where it was highlighted that he had presented inflammation in his airways. Just a week later, on October 11, doctors set off alarms by stating that “was highly dependent on tracheostomy ventilation“.

It was then that strong rumors began to emerge, generated by the publication of TV Notes, where it was stated that Vicente Fernandez He had already suffered brain death and had two weeks to live. Vicente Jr He went out to respond to the entertainment magazine, assuring on multiple occasions that it was all about “lies“without grounds. The family had to deny Laura Palmer in his next report on the health of ‘Chente‘, which saw the light on his Instagram account on the 18th, and highlighted that the icon of Mexican music was still stable and awake.

At the end of this month, it also transpired that Doña Cuquita She was thinking of taking her husband out to transfer him to the ranch of “Los Tres Potrillos” and that he could spend his last moments there. This information was strongly refuted by the own Doña María del Refugio Abarca, on one of the many occasions that she could be seen upon leaving the hospital.

The Fernandez dynasty he is going through the end of the month of relative calm and without rumors affecting his peace. Since the last medical report on the state ‘Chente‘, little else has been known; Except for what the eldest of his sons revealed in an interview, after being seen after accompanying his father in the Country 2000: “is better, following his recovery step by step“.

Even, Alejandro Fernandez, who in previous days had worried the millions of followers of the interpreter of “Here between us“After explaining that he was still very delicate; he has also been observed calmer during the concerts he offered in Monterrey, on his return to Mexico after an intense tour of the United States.

As it has become customary, ‘The foal‘He asked the thousands of those present in the Monterrey city to give applause to Vicente Fernandez so that I listened to him until the hospital and he can recover as soon as possible: “the affection of the public is medicinal, that’s why I want them to send a loud applause to the old man, so that he heals“This has become tradition and even a ritual of Alejandro at every concert.