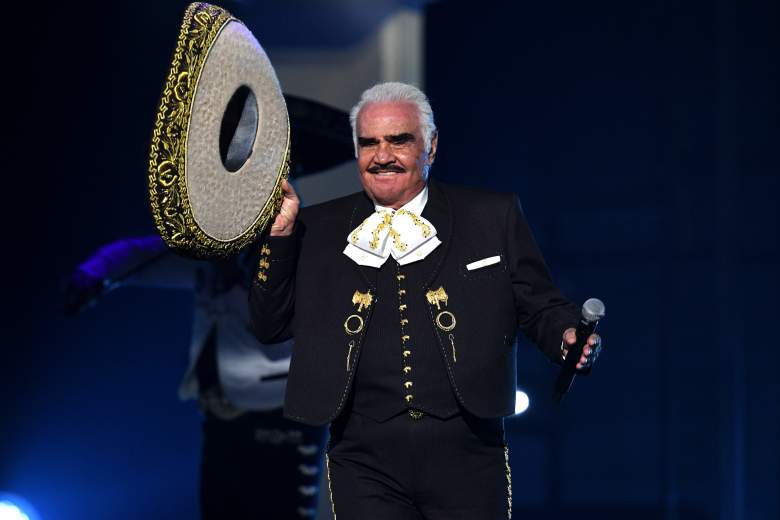 The Mexican singer, Vicente Fernandez, “Chente” suffered a spectacular fall during this past weekend, an accident that took him to the surgery room of a hospital where he was immediately operated on.

The home accident happened while the Mexican idol was walking into his room at his ranch, Los Tres Potrillos, and suddenly he slipped and fell. As his son Vicente Fernández Jr. informed the media, the fall caused his father serious cervical injuries, which forced his immediate transfer to the Jalisco State Hospital, where after an assessment it was determined that he was undergoing an operation. .

“It was a fall, but it’s okay, it’s a matter of an accident. He slipped and fell, “said one of the Mexican’s sons, in statements cited by InfoBae.

Vicente Fernandez suffered a fall this weekend at his home on the Los Tres Potrillos ranch and had to be operated on in a hospital for cervical damage. Vicente Fernandez Jr points out that his father is fine and they hope to transfer him home for rehabilitation. pic.twitter.com/OzaPkqyZ0S

A report A preliminary report from El Tiempo, talks about the fact that the interpreter of “Mujeres tan Divinas” had to undergo surgery on his spine, at the height of the cervical area, due to an impact that considerably affected his bone structure.

According to this same medium, the singer’s eldest son could not see his father on Sunday, after the surgical procedure, as he was sedated. However, he delivered a piece of reassurance to all of his dad’s fans.

“He had a cervical injury, fortunately nothing else pinched his spinal cord. He had an intervention and is responding well, we are waiting for him to continue like this for the next 24 hours. The doctors tell us that he is stable, but we are waiting for him to have the necessary recovery and for that there is no specified time. [Hay que esperar a que] the marrow begins to deflate ”, was the first thing that the son of ‘Chente’ clarified, as reported Pulse.

Also he said that his father will remain hospitalized pending the results of some tests, after which it will be determined if he can be discharged, and taken back to his ranch to continue his respective recovery.

The ranchero music singer Vicente Fernández, 81, was hospitalized this weekend in the Mexican city of Guadalajara to undergo surgery after an accident in which he injured his neck. https://t.co/rkrx2qa41t

“We are scared because it was no wonder, accidents are like that, but we have faith that everything will go well, everything is going well… He is sedated and asleep, but everything is going very well, as soon as he has the results, the doctors they are going to let him take him to the ranch ”, assured according to El Espectador.

Likewise, in a statement, his first-born and other children reported that the so-called ‘Charro de Huentitán’ is conscious, that he does not have mobility, for the moment, and that the singer would have to undergo a routine of rehabilitation therapies. , after he left the medical center.

“They put oxygen on it so that it would have 100%, because natural it was a bit lacking to reach the acceptable, normal range. That is why oxygen was added, because of the position, that he is in bed, he has no movement… he cannot move normally. […] Fortunately, he has a conscience, he did not lose consciousness, he recognizes us perfectly. We are waiting for how the treatments will turn out ”, added Vicente Fernández Jr.

In the last hours, through the official account of Vicente Fernández’s Instagram, a statement was published, in which they stated that the singer’s state of health was “serious but stable” and that the Mexican was on “ventilatory assistance and critical patient care in the Intensive Care Unit.”

“The media are asked for their full understanding, so that they please allow free access to the hospital to all members of the Fernández Abarca family; This is due to the healthy distance and not putting the health of Don Vicente Fernández at risk in these critical moments that he is going through, so no interview will be granted by any family member, so that please do not insist on it .

We emphasize that all information will be by these means through the communications issued by the medical team.

Thank you for your understanding and support 🙏🏻 “

This news again puts his followers very concerned about the health of his idol, who until just a few weeks ago had serious health problems due to a urinary infection that was complicated and took him to the hospital. At that time, Mr. Fernández posted a video on his Instagram crying out to Mexicans to “stop worrying.”

In this way, and without further details about the unfortunate event, his son Vicente Jr. expressed that his father can receive visits but that these must be controlled due to the Covid-19 pandemic. He explained that the hospital allows relatives to enter in shifts and stay inside for a short time.