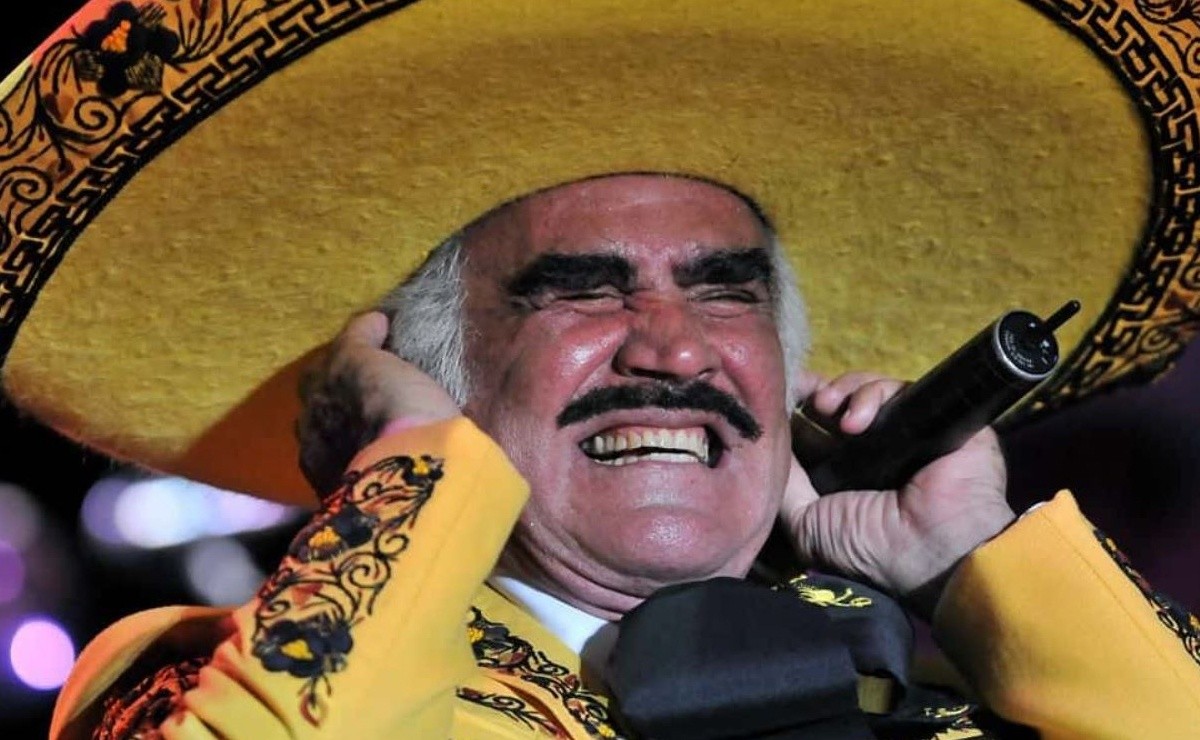 “Today I don’t want the years to go by because my father is already old”, thus quotes the song that has managed to break the beloved Mexican singer Alejandro Fernandez in full presentation when remembering his father Don Vicente Fernandez. The foal, as he is known, he performed with enormous success in Houston, Texas, where he ended up crying on stage.

The followers of Alejandro and Vicente Fernández were deeply moved and worried by the possibility that The Charro of Huentitán is serious and this situation is the one that worries and breaks the heart of his son, who burst into tears on the subject When he wanted to be big.

As part of his 2021 tour “Made in Mexico”, Alejandro Fernández has performed in some venues in the United States with enormous success alongside his son, Alex Fernández, the end of this tour is expected on October 24.

It was during the song A duet with his son, who once sang it with his father, Vicente Fernández, that El Potrillo was overcome by emotions and he began to cry. The singer took the opportunity to dedicate the song to his father, wishing him a speedy recovery and asked his fans to pray for him.

Vicente Fernandez Gomez He has already been hospitalized in Guadalajara for more than 48 days, this, according to the family, after a fall that will affect his cervicals; After his admission to the hospital, there was a delicate surgery that they wanted to be performed in the United States, but his transfer was not possible.

The media and fans of El Charro de Huentitán were up to date day by day of the information that was provided to them about the health of the idol of Mexico; After concluding in a slow recovery, the family decided to issue statements from time to time to reassure them.

Vicente Fernández’s delicate state of health even caused him to be considered lost on social networks on a couple of occasions, unleashing the pain and annoyance of his relatives who came out to deny said news.


Until the most recent medical report, the actor is still in intensive care and breathing through a tracheostomy; however, they assure you can communicate with your family. Rumors around his health assure that the recovery of “Chente” could be quite slow and painful, even, there are those who assure, there will not be the longed-for recovery.

Javier Ceriani from Gossip No Like, who is not afraid to say what he knows or thinks indicated that the family will be the one who decides when he will leave Vicente FernandezOnly that they would be waiting for a key date to disconnect one of the greatest artists in Mexico. He indicated that the date could be related to a holiday or even to the biographical series that is already in progress.

The series, as they shared in Gossip No Like, will not star Alejandro Speitzer as it was rumored, nor Carlos Rivera, who would have rejected giving Vicente life, but by Jaime Camil, a piece of news that Elisa Beristain applauded. In addition, they indicated that the series would take the love story of Fernández and Doña Cuquita, but not the artist’s extra-marital relationships.

A few weeks ago, he alarmed on social networks that Doña Cuquita had been hospitalized in an emergency. His relatives shared that the singer’s partner had scheduled hernia surgery; however, the situation became risky and he had to move forward. Given the expectation of family fans and the media announced when Doña Cuquita left the surgery and hospital.

Currently, El Charro de Huentitán’s wife is already recovered and continues to visit him frequently in the hospital, since she has not left him.