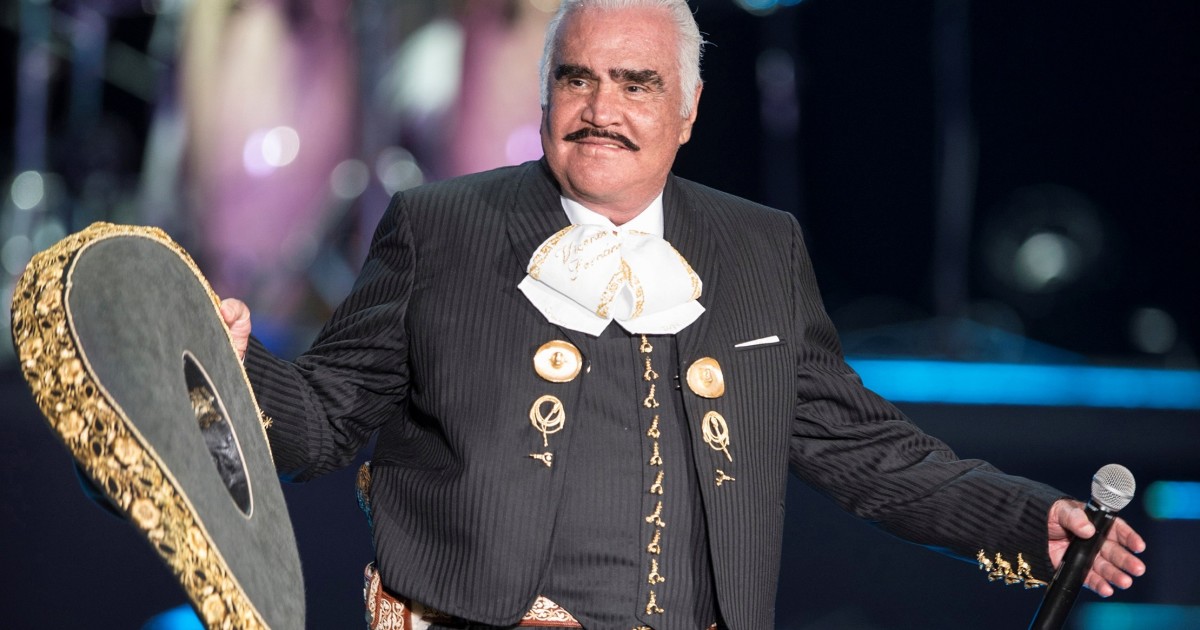 The ranchero music singer Vicente Fernández, 81, gradually regains mobility in his arms and legs and is weak but awake while receiving medical treatment after having suffered a fall in Guadalajara (western Mexico), reported one of his doctors.

“Mr. Vicente Fernández is stable, awake, with mild sedation and rehabilitation therapy. We hope for a prompt and good evolution, ”said neurosurgeon Francisco López González at a brief press conference outside the private hospital where the interpreter has been staying since last weekend.

He added that the interpreter maintains physical and pulmonary rehabilitation therapies to recover “his mobility and respiratory effort”, although he still presents “loss of strength and generalized weakness.”

He revealed that the fall that the “Charro de Huentitán” suffered in his room at the “Los Tres Potrillos” ranch left him without mobility in all four limbs, so the specialists had to perform emergency surgery.

After the surgical operation, Fernández had a “respiratory deterioration” that forced the doctors to connect him to artificial respiration and sedate him completely to facilitate his recovery, as well as detecting an infection that affected the peripheral nerves and made him lose strength in the body, López explained. .

After the conference, the family, together with the doctors, issued a statement in which they revealed that the interpreter of “Divine Women” still depends on mechanical ventilation and does not have any lung infection or cardiovascular problems.

“His cardiovascular status is stable, even with weakness in his limbs and very slight spontaneous mobilization on exertion,” the statement said.

The hospital announced that the doctors will announce his health and evolution twice a week, so it is possible that the singer will stay a few more days in the hospital.

Fernández has overcome several diseases in recent years, including a prostate cancer in 2002, the removal of a tumor in the liver, in 2012; a thrombosis that caused him to lose his voice, in 2013, and a surgery to remove three abdominal hernias, in 2015.

Although in 2016 the singer announced his retirement from the stage, he has remained active on social networks, recording songs and making special presentations with his children and grandchildren, who have followed in his footsteps in Mexican popular music.