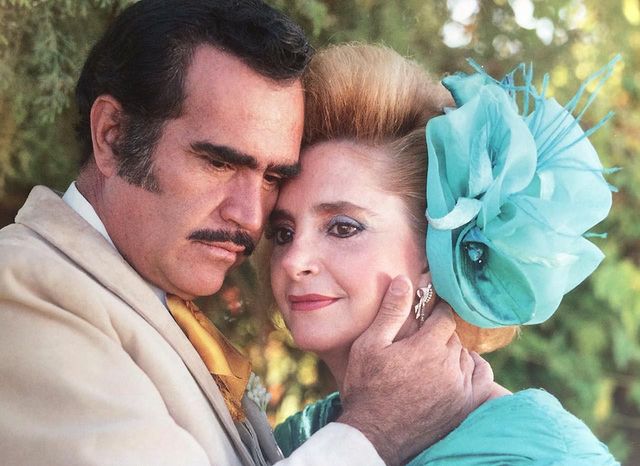 It was recently revealed that Vicente Fernández left the intensive care area of ​​the Country 200 hospital, after more than three months of hospitalization.

“El Charro de Huentitán” showed improvements in his health, which filled the Fernández dynasty and all the admirers of the popular Mexican singer with happiness.

Doña Cuquita, Chente’s wife also showed improvements in health and his doctor explained how the recovery of the Mexican singer has affected him.

The fortune of Vicente Fernández and Doña Cuquita

Several international media, especially Mexican ones, have revealed the estimated number of the singer and his wife.

According to reports, it is known that the fortune of “el Charro de Huentitán” has been acquired due to his excellent artistic career. In addition, they have known how to protect their assets for more than four decades.

It was also reported that the fortune that the Fernández dynasty has accumulated is thanks to musical productions, concerts, royalties, sponsorships and various businesses far from the artistic field.

Also: Vicente Fernández: “El Charro de Huentitán” finds out about his triumph at the Latin Grammy after leaving intensive care

According to the site Celebrity Net Worth, the estimated fortune of Vicente Fernández and his wife Cuquita, is approximately US $ 25 million.

The heirs of Vicente Fernández and Doña Cuquita

Chente has reportedly been, in addition to being one of the best singers in Mexico, a good administrator and an orderly person. Thanks to these qualities, “El Charro de Huentitán” established for years, who will be his heirs and what will correspond to each no.

With the health problems that Chente has presented in recent days, many of his admirers have spoken out on social networks and have speculated how he would distribute his inheritance. However, during several interviews, the Mexican singer has indicated that everything will be shared equally between his children, his grandchildren and his wife Doña Cuquita.

Vicente Fernández: How much is the fortune of “El Charro de Huentitán” and his wife Doña Cuquita