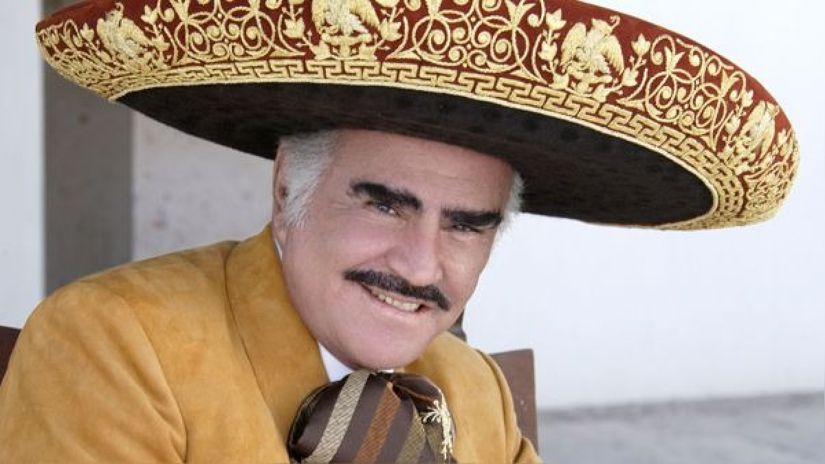 Almost a week after it occurred, the death of Vicente Fernandez continues to talk. On this occasion, it was his son Gerardo who referred to the days his father spent in a hospital in Mexico.

“There was a lot of speculation, but only the family knew how my dad was really doing. It was a nightmare, but he really wanted it. He fought to the end ”, expressed Gerardo Fernández, Alejandro’s older brother, in an interview with TVyNovelas.

As is already public knowledge, the legendary singer and actor Vicente Fernandez He spent the last four months of his life in Country 2000 Hospital. Two days before his death, he suffered a relapse that took him to the intensive care area.

Gerardo Fernández also pointed out that his father’s remains rest in the “Los 3 Potrillos” ranch, owned by his family, and that they will soon be able to be visited by the followers of “Charro de Huentitán”. “It will be open to all the people who want to come and see the ranch” Los 3 Potrillos “, which is the home of all the people who loved it,” he said.

Alejandro Fernández gives his first concert and breaks down in tears

He couldn’t hold back the tears. After giving his concert at the Telmex Auditorium in Guadalajara, the singer Alejandro Fernández addressed his audience and spoke a little about how his family has been since the death of his father.

“The wait has been very long. Many of us have suffered, some have left us. Tonight I invite you to let music be our medicine, to unite us, to fill us with joy and a lot of pride ”, commented Alejandro Fernández.

“I want you to know that the last time my father stepped on a stage was here, at the Telmex Auditorium. Let’s celebrate his life today, with applause that reaches heaven, “he said as he began to cry. To continue with his show, it was his son Alex who sang “Time does not forgive.”

We couldn’t let any more time go by without talking about this GREAT SERIES. We put 27 minutes WITHOUT SPOILERS (thinking of you that you still do not see it to run to check it) and then we go with all the details. It’s two seasons, the third was released a few weeks ago, so if you’ve enjoyed it as much as we did, you’ll be hooked on this good conversation.

Vicente Fernández: his last days were a nightmare, according to his son Gerardo