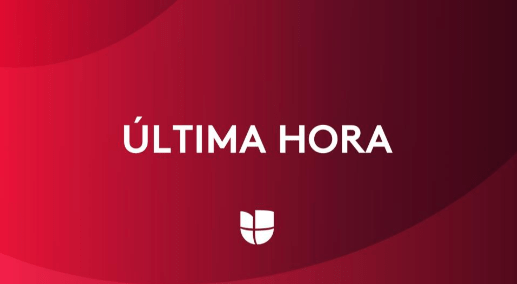 Vicente Fernandez , the ‘Idol of Mexico’, died this Sunday in a hospital in Guadalajara, Jalisco, at the age of 81. What is considered one of the great voices was turned off to give way to a musical legend.

In early August, the interpreter had an accidental fall in his room at the ranch “Los tres potrillos” in Jalisco, Mexico. He injured his cervical vertebrae and was rushed in an ambulance to a private hospital in Guadalajara. Since then he had been on ventilatory assistance and under special care.

In a statement published on November 30, it was reported that Fernández had presented inflammation in the airways for which he required to be transferred to the intensive care unit, continue with respiratory support and an adjustment of his medication.

Your son Alejandro Fernandez He asked in one of his concerts for prayer, applause and good vibes for the difficult moment of his father’s health. But the miracle he was asking for was not realized.

The beginnings of this recently extinct star occurred in the 1960s, a time when the sweet voice of Javier Solís was heard on all radio stations in the country and the patrons of ‘Amanecer Tapatío’ asked again and again until dawn that this new singer interpret melodies from ‘El Rey del Bolero’.

“He who forgives cannot be a coward …”, the young man recently arrived in Mexico City intoned with a fine mariachi. When finished, people excitedly approached him to thank him and shake his hand and, accompanied by the greeting, was a bill of 500 or 1,000 pesos (50 dollars). This is how Vicente Fernández began his professional career, according to what he himself told a television interview several years ago.

Fernández, at that time, lived on those tips and, like many others, still in the shadow of three monsters, the largest that Mexico has given: Jorge Negrete, died at age 42 in 1953; Pedro Infante, who died at age 39 in 1957; Y Solis, who, by then, was the great idol of Mexican popular music.

“They asked me to sing one by Pedro Infante and I sang like Pedro Infante, but suddenly I realized: and how will I sing?” Fernández recalled at some point when he began to participate more as a voice for mariachi groups in the capital.

It was until the moment that he met the late Mexican composer Armando Manzanero when he knew what his style was, one that over time became his own, unique. He did it thanks to two of his best-known songs: “It seems that it was yesterday” and “Forgive me.”

From then on, Vicente Fernández could only do one thing: build a solid and long career that led him to become one of the great idols of Mexican popular music.

His career lasted more than 50 years until in 2016 he decided to retire from the stage; However, he managed to record more than 100 albums, perform on the biggest stages, win national and international awards, and receive a star in the Hollywood walk of fame, at a ceremony that still has a public attendance record. But, more importantly, he won admirers on five continents.

“My father’s health is in God’s hands”: Vicente Fernández Jr. says that the singer’s state of health is delicate

Vicente Fernández, the son of some ranchers, dies

Vicente ‘Chente’ Fernandez was born on February 17, 1940 in the town of Huentitán El Alto, Jalisco, in a country family.

According to your biography published on his websiteHe was the son of Paula Gómez de Fernández and the rancher Ramón Fernández, whom he himself described at some point as “a man who suffered many setbacks”, but from whom he learned “what is not learned in school.”

At just six years old, Vicente Fernández began to dream of a career as a popular music singer. It was at the age of eight that he himself said that he received a guitar and he quickly learned to play it and began to study folk music.

“When I grow up I will be like them”, the boy said to his mother Paula when he had the opportunity to go to see Pedro Infante films, the so-called ‘Immortal Idol’.

In 1954, at the age of 14, his ambition and talent led him to enter an amateur singing contest in Guadalajara, in which won first place. With the confidence that that first achievement gave him, Vicente Fernández began to play locally in restaurants and weddings, for groups of family and friends.

“Despite the obstacles, his determination led him on a path that would become a story of triumph,” reads the singer’s biography.

His mother, Paula Gómez de Fernández, died of cancer at the age of 47 in 1963. On December 27 of that same year, married María del Refugio ‘Cuquita’ Abarca Villaseñor, who was her neighbor in Guadalajara, and with whom she had four children: Vicente, Gerardo, Alejandro and Alejandra.

In the 1960s, Fernández was encouraged to move to Mexico City where he joined some of the best-known mariachi groups in the country, such as Pepe Mendoza’s Mariachi Amanecer, and José Luís Aguilar’s Mariachi, with whom He sang in restaurants, like ‘Amanecer Tapatío’.

He also began to appear regularly on the mariachi music radio show of the same name, ‘Amanecer Tapatío.’

At the end of 1965, the charro began to visit the different record companies from where “he was always rejected, but he began to hang around the then CBS Studios, hoping to get an audition,” adds his biography.

“Eventually Fernández was able to get a foot in the XEX, the number 1 station in Mexico. Through XEX he was able to reach larger audiences and begin to build local fame. “, it reads.

Whenever possible, Vicente Fernández gave credit to the Mexican composer Fernando Z. Maldonado as his great ally in music.

1976 was the year that a Maldonado song with the title “Return Return”, which describes a macho man who accepts his guilt in the failure of a romantic relationship, which leads him to become the interpreter of the new ranchera music anthem.

At the end of that year, “Volver, Volver” broke all sales records and It was heard on all radio stations, not only in Mexico, but also in the United States, Central and South America. Thus, Fernández became the new king of ranchera music until he was baptized by the press as ‘The idol of Mexico’.

“I’ve always said that there are no great composers, but great songs,” he said at one point. “And I have never said that I am a composer. It is a very difficult job, however, some ideas and inspirations have come to me and when that happens, I run to pick up a pen and write a few sentences ”.

At the end of the seventies, ‘Chente’ Fernández began to win prizes regularly. In 1977, he received the ‘Mister Amigo’ distinction in Brownsville, Texas, which is awarded year after year to a prominent Mexican. In addition, Fernández filmed his first film, “El Tahúr”, in which he made his debut as an assistant director.

That same year, the album with the same name became a hit as well as “De Qué Manera te Olvido” and “Sentimental y Ranchero” from 1980.

It was at the beginning of that decade when in a presentation in the city of León, Guanajuato, he coined the famous phrase: “As long as you do not stop clapping, your Chente does not stop singing”. The charro said that the businessman who hired him for his event, in which other artists would perform, told him that he should only sing four songs. However, the audience liked Fernández’s performance so much that they made him return to the stage several times.

The year 1983 was very special for Vicente Fernández. He presented the album “15 Grandes con el Número Uno”, an album that sold over a million copies.

And the successes continued, such as achieving a massive concert with more than 54,000 people in the Plaza de Toros in Mexico City that took place on September 15, 1984. That same year he released “Dos Corazones”, a duet album. with the singer Vikki Carr, with whom he also performs on various stages.

Among the prizes he accumulated are the Billboard Latin Music Award for the greatest hits album of the year. “Story of an Idol Volume II”, in 2001 that includes: “The king” and “In what way I forget you.”

Also in 2001, Vicente and his son Alejandro Fernandez They appeared on the “Invincible Laces” tour, the first they had done together in eight years. In July 2002, the disc “More with Number One” was the winner of the Latin Grammy for Best Ranchero Album. On September 17 of that year, he received another recognition: the “Person of the Year” by the Latin Recording Academy, for his artistic achievements and for his donation to the National Scholarship Fund for Hispanics.

‘Chente’ Fernández too he helped his countrymen living in the countryside, appearing for free at fairs in small Mexican towns.

Before retiring, he reported that I had already recorded 20 albums with material that will be featured in future decades. “I have more than 100 albums on the market and I have recorded more than 300 songs that have not yet been released. My vice is singing, “he said at the time.

“It doesn’t look like I’m the age I am. Maybe because I live and work on my ranch and lead a healthy life, ”said Fernández. “People have given me so much and my love for them is so great that I have thought carefully about the day of my retirement.”

His last concert was in 2016. He said goodbye at the Azteca Stadium, “With tears and a huge smile” in front of 100,000 of his millions of followers, according to a chronicle published in this medium.

That night, he said how he would like to be remembered: “There is one thing that cannot be bought even with all the gold in the world, and it is the only thing that I would like to leave my children as an inheritance so that the day God picks me up, they say with humility, we are children of that man who had two great vices. The first is to work hard, hard; and the second, to be able to stay dead on stage for taking to the grave what he most wanted in this life: his presence, his affection and his applause ”.

The great Vicente Fernández has died. But the charro with long and bushy sideburns will never leave because, as long as his audience does not stop applauding him, ‘Chente’ will not stop singing.