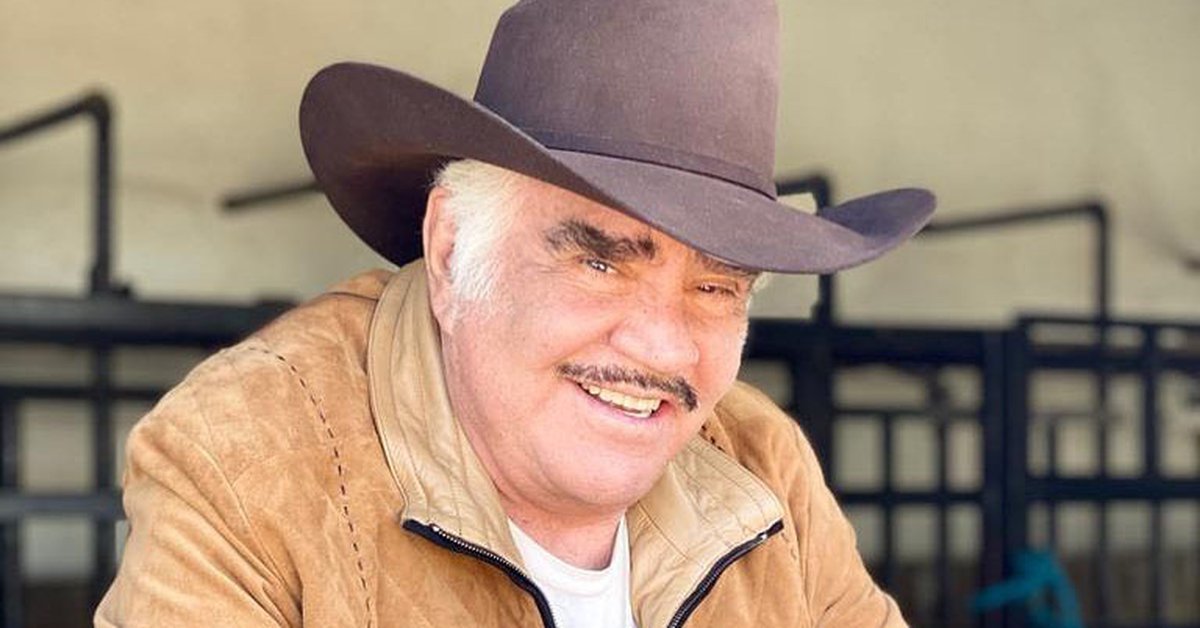 Vicente Fernandez could leave the hospital before December 25, according to what he says Juan Jose Origel in the transmission of a chapter in which he leads. During the broadcast of the program Excuse me, the driver said that according to information he has, at the ranch “Los Tres Potrillos” they are already preparing everything necessary for the great return of the interpreter. The show host mentioned that everything is for “the King” Spend Christmas with the family.

“They told me that Don Vicente Fernández may be, God willing, that they take him home for Christmas. If this is true, the singer will continue with special care but even so it is what the family expects, “said the former driver of Windowing.

Although the singer’s family has not mentioned anything about it, the last published medical report mentioned that the singer left intensive care and showed a favorable progress in his health so it is possible that what was mentioned by Juan José Origel is real.


Hundreds of followers of Vicente Fernández are hopeful that more information will finally be released about how the Jalisco idol continues, soon more than 100 days after being hospitalized as an emergency at Country 2000 from Guadalajara. Waiting for a new medical report, it was his granddaughter Camila Fernandez who gave unpublished details about the state of health of “Chente” today Monday, November 15.

The fans and media of “El Charro de Huentitán” waited for a new medical report since last Monday, but this was never published on the singer-songwriter’s official Instagram account, so it is expected that soon, it will be made known more about his health, since the latest known officially from doctors and the Fernandez dynasty was published on November 3.

María del Refugio Abarca Villaseñor ventured to say that the interpreter of Las Llaves de mi Alma could continue with his recovery at the ranch Photo: Instagram / @ _ vicentefdez

In that report it was highlighted that after leaving the intensive care area, “Chente” had a major advance in interaction and function. The charro stays awake during the day and is visited in his room by family members. On leaving the hospital, the press cameras have repeatedly captured his wife Doña Cuquita, Vicente Jr and in recent days also her grandchildren, Camila and Alex.

Even Doña María del Refugio Abarca Villaseñor ventured to say that the interpreter of The Keys to my Soul he could continue his recovery at the ranch of “Los Tres Potrillos” soon, but did not give a specific date for this to happen and it will depend on the decision of the doctors. Therefore, followers of the singer think that what was mentioned by Pepillo Origel is true and the family is waiting to give the great news.

Camila Fernández was in charge of bringing to light the updated health status of “Chente” (Photo: Instagram / @ _ vicentefdez)

In the absence of a medical report from Jalisco, his granddaughter Camila Fernández was in charge of bringing to light the updated health status of “Chente.” In an interview with the portal Los Angeles Times, the new jewel of the dynasty detailed how her visit was and explained that she is very happy to see her grandfather’s progress, after leaving the intensive care area.

“We are always with him and yes, his recovery is slow, but we are excited to know that he is going well. He already moves his eyes, his head, his tongue, the truth is that we are very happy for his progress”Camila mentioned. The young singer, who has followed in the footsteps of Vicente Fernández and his father’s music Alejandro Fernandez, assured that the singer-songwriter already presents face movements, to try to communicate in a better way with family members.