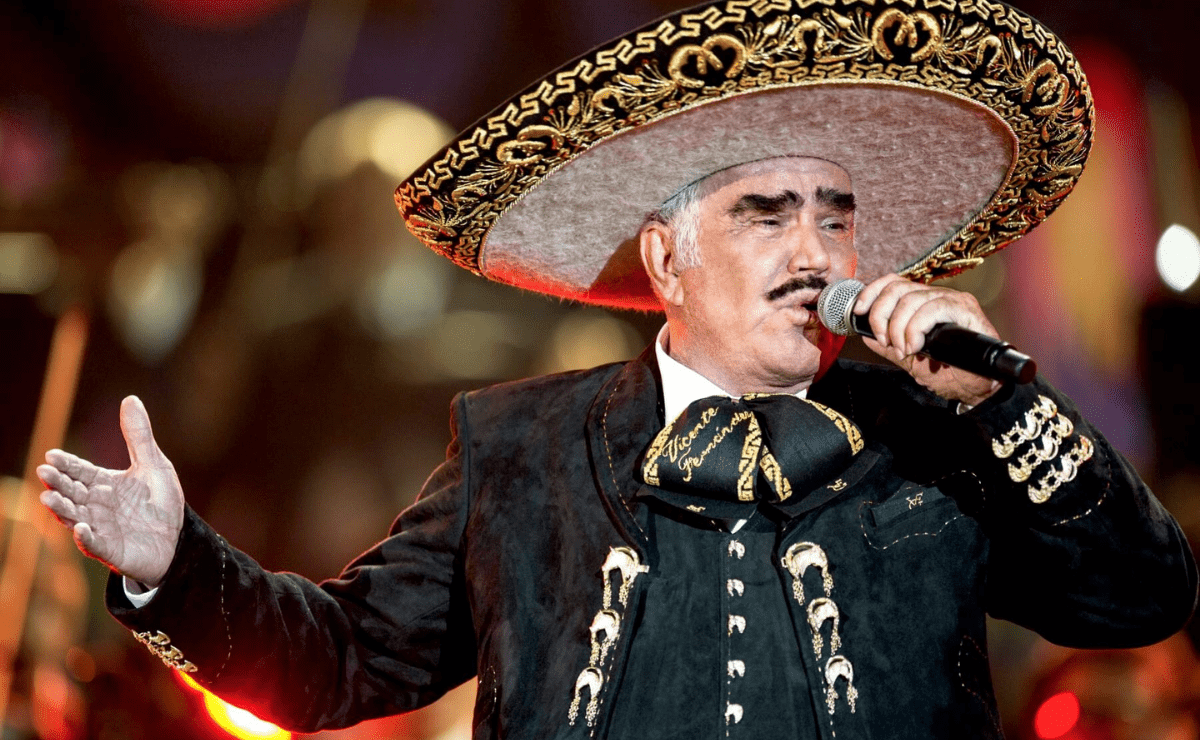 Unpublished! A photograph comes to light in which we can observe two legends of the music, Selena quintanilla Y Vicente Fernandez quite together and happy, which immediately raised comments on social networks.

The person in charge of sharing this unique photograph was none other than AB Quintanilla, brother of the TexMex legend, who shared that the image was taken in Las Vegas at Circus Circus and took the opportunity to share that Vicente Fernandez Gomez He was more than kind not only to Selena Quintanilla, but also to her entire family.

Whoever was a member of the group Selena y Los Dinos fondly remembered the interpreter of Acá entre nos and assured that they were going to miss him, this in a publication on his Instagram account in which he shared the photo and wrote the message.

It may interest you: Silvia Pinal, reveal the incurable disease she suffers

In the image you can see the interpreter of Como la Flor with her quite relaxed look, her natural hair, natural make-up, huge flirty and a white sweatshirt. For his part, a very young Vicente Fernández is seen, with his hair still dark and a light colored guayabera.

In the photograph, both legends of music look quite smiling and hugging each other, the photograph was shared on December 12, the day on which the unfortunate news of the death of Vicente Fernandez.

The publication liked more than 55 thousand people on social networks and a huge number commented on both singers, some indicated that now both legends are together singing in heaven.

The departure of Vicente Fernández made clear the greatness of the singer at the international level, all kinds of personalities gave their condolences to his dynasty before his departure; including Joe Bidden, President of the United States, and Beyoncé.

The life of El Charro de Huentitán was full of triumphs and successes and above all of discipline, but even so he was not far from scandals. Vicente was characterized by being a man of many women but always returning to the arms of Doña Cuquita. There are those who assure that he indicated to his beloved wife that from the inside of Los Tres Potrillos it was hers and leaving it was from Mexico.

Vicente Fernández and Selena Quintanilla ?, the photo that speaks