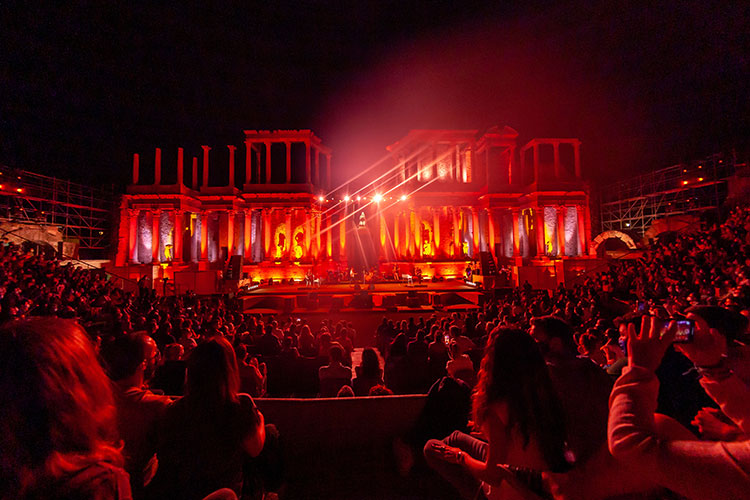 It may sound pompous, but we can say that the concert of Old Morla at the Roman Theater in Mérida it was memorable. It is known that the Madrid band has one of the best live shows on our scene, in addition to having a loyal, passionate and enthusiastic audience. If that cocktail, which works perfectly, we add that the performance took place in an overwhelming and incomparable setting with more than two thousand years old, we have all the ingredients to make the day something exceptional. Add in the emotion and tension of having to enjoy it sitting with – almost – the only chance to clap and wave your hands. For all this we can affirm that the almost 3,000 attendees who stayed, complying with all health and safety measures, in those ancestral stones – with a cushion in between, everything must be said – we lived something difficult to forget.

In case you don’t remember, just before the pandemic was declared, Old Morla they were immersed in the presentation tour of “MSDL – Songs within songs” with a special format, a new chosen repertoire and an impressive (and expensive) set design. The laborious project was designed for theaters and spaces in which the public was in their seat. Unfortunately it could only be carried out five times and, from my own experience, I can assure you that enduring the intensity of his songs sitting down was an almost insurmountable test of restraint. Use this introduction to imagine what we were up against.

It all started with “The rare days”, A very appropriate title to define what we are experiencing. Although it did not sound complete, they cut the song in half, splicing it with the next one, but the audience received it with so much enthusiasm and such a strong connection was created, that link would only end two hours later. A section to highlight the good acoustics of the space and the great work of the technicians, who, given the special conditions of the stage and space, were unable to place the screens on which videos and live shots are usually projected during this tour. , but they solved it in record time with a really spectacular lighting-mapping. The theme they joined with “The rare days” it was “What makes you great”, and that surprising lighting was joined by a cloud of lit mobiles that recorded that phrase that Pucho normally changes and that shows the public-group feedback: “Maybe what makes me great is having you in front of you again”, and that thousands of throats chanted screaming through the masks. That musical graphic novel titled “Palm trees in the spot” and the explicit “Masterstroke”, gave way for Pucho to address the public explaining that this tour has started after two years without playing live and with the purpose of supporting workers in the music industry and in favor of culture. The emotional ones “Council of wise men” and “Damn sweet” They were very celebrated and chanted as well, and they worked perfectly as a good example of the communion that is always established with the band at their concerts. Something sublimated in the precious “Copenhagen” which was enthusiastically chanted by the entire audience.

“Fire”, “Mouth on Earth” and “The old school” it was another overwhelming trilogy that tested the resistance to staying in place. In the latter, which in itself is a tribute to the deceased musicians, they named Charlie Watts and even missed a “(I Can’t Get No) Satisfaction”.

The moment to relax the concert came with that waltz of folk aroma that is “June 23”, and again mobile cloud. Pucho, who captured all the attention and was very dynamic all night, sang it sitting on the stones that lined the stage and from there he directed a choreography starring the audience. In the end, he valued that we could only dance by moving the hips.

One of the characteristics of this tour is that, in each place, they seek the collaboration of musicians who work in folk. They explained that they already have a new album prepared that will be titled “Ground wire” and that this has made them look towards the root where they have discovered great wealth. So, on this occasion, it was some of the members of the Extremaduran group El Pelujáncanu, recuperators of the most ancient folklore, who accompanied them to present “Finisterre”, that song of infinite love that at first listen already sounds classic and that will be in his next job. But another surprise awaited us, the live premiere of a song from the soundtrack that they made of the film “The daughter” by Manuel Martín Cuenca when we have the information. Your title “Queen of the trenches” and it was a delicious lullaby that was ideal for creating that intimate moment. From there there was no truce. “Point of no return”, “Maps” –With an unleashed Pucho who even got off the stage to sing relatively close to the audience–, “Whoever can save themselves”, “Brave” and end with that hymn of support to the Saharawi people “Saharabbey Road” with the familiar chorus that was chanted long after the group left the stage. 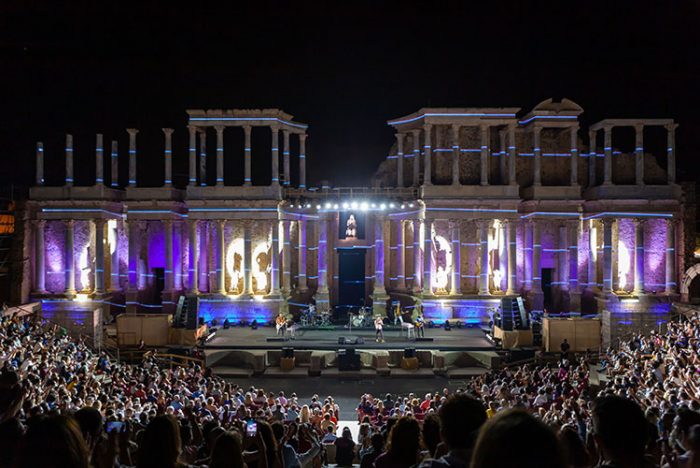 They returned, but first only Pucho and Guille who did “Igloos” acoustic and seated “in solidarity” with the public. Then came the most emotional moment of the concert because it sounded “The forbidden hugs”, that sincere tribute to the Public Health workers, which provoked a tremendous ovation in the middle of the song and another, equal or greater, at the end. The final stretch was with the powerful “The drift”, in which they changed a stanza again to say “Afghan families in their cold hands”. The intense “Winter Barracks” that they spliced ​​with the aforementioned “The rare days”, with which they closed the circle and with which they took the concert to its highest point. The epic of this song, with that vibrant in crescendo that David “El Indio” marks with his drums, followed later by all the instruments, was impeccable to end the intensity to the maximum. A concert to remember.