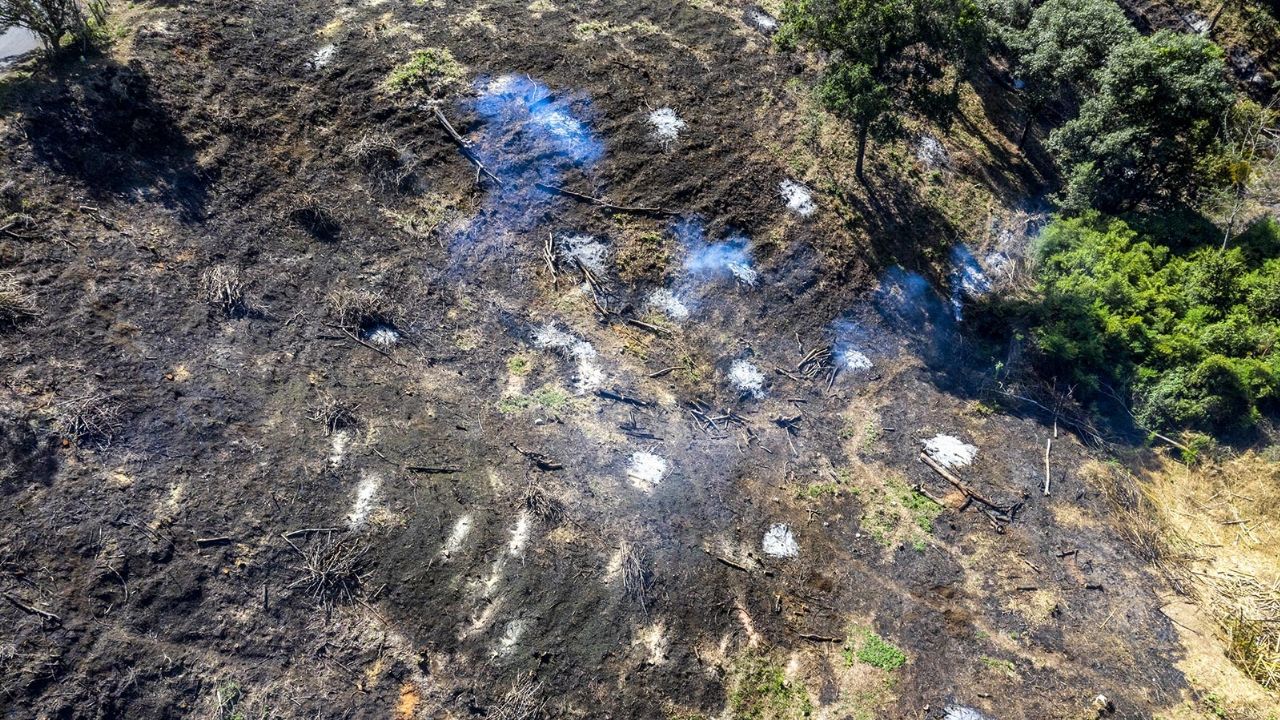 In the Pico de Orizaba and Cofre de Perote national parks, an orchestra of loggers has contributed to the loss of a little more than 15 thousand hectares of forest, which represent more than 50% of the forest areas in the region. The economic resources to protect these trees have also been cut in half due to the austerity of the current federal government.

LA PERLA, Ver.- At dusk, an orchestra of chainsaws chops down hartwegii pines. Brrrumm, brrrum, brrum! The slow death of trees occurs at 4 thousand meters above sea level. The logging dulls the song of the hummingbirds within the Pico de Orizaba National Park. This raucous concert is repeated every day. In the mountain range, several brown spots remain as evidence of the wild deforestation around this inactive volcano known as Citlaltépetl.

In a tour of the towns of La Perla and Calcahualco you can see the “shaved” that the Pico de Orizaba volcano has had in municipalities of Veracruz. The residents assure that the “clearing” also reaches the peak in their Puebla municipalities. Hundreds of tree limbs, already dry, are observed on the road; they are a highly flammable material when fires occur.

In the congregation of San Antonio Tenextepec of the neighboring volcano, the Cofre de Perote or Nauhcampatépetl, as it is also known, loggers are shamelessly observed who “cut” trees to drop the trunks down a ravine and then climb them to Thornton Dina trucks. A camp with a fire pit to mitigate the cold serves as a resting and dining area for clandestine loggers.

This same exercise of extermination of the forest area is repeated in the communities of Atzizintla, Ayahualulco, Tembladeras, Nuevo Jacal, La Jícara, Paso León and Nueva Vaquería, among others.

Héctor Narave Flores, professor at the Faculty of Biology of the Veracruzana University (UV), assures that in the last two decades 50% of the Pico de Orizaba and Cofre de Perote national parks have disappeared, mainly due to immoderate logging by groups protected by organized crime, who found in the clearing an economic alternative to huachicol.

In the words of President Andrés Manuel López Obrador, in 2018 the huachicol represented an industry that left dividends to criminal organizations for 60 billion pesos and that, in 2021, has been almost completely “eliminated”.

In the Perote Bypass, which leads to Mexico City and Puebla, as well as south via Xalapa and the port of Veracruz, it is very common to see four-wheel drive trucks and vans with freshly cut logs from both national parks. Some carry logging permits, others have “cloned permits” – false or duplicate government logging licenses; some do not even carry them, because they know that the possibility of being intercepted by inspectors of the Federal Attorney for Environmental Protection (Profepa) or agents of the Federal Police or the National Guard is almost nil.

According to Narave, that is not the only factor that is devastating the forests. Also contributing to deforestation is the wholesale planting of potatoes; fungus and mistletoe pests, caused by climate change; forest fires put out with a government tortuguismo; cloning of logging permits; “Laundering” of illegally obtained wood; and laziness of both the National Commission for Protected Natural Areas (Conanp) and the Ministry of the Environment and Natural Resources (Semarnat).

There is yet another reason for this ecological crisis: the “republican austerity” of the current federal government, which “evaporated” the budgetary resources of Semarnat, the Federal Attorney for Environmental Protection (Profepa), the state Environment Secretariat, the Conanp and other environmental organizations. An example: for fiscal year 2020, Semarnat received 29 billion pesos, which meant a decrease of more than 50% compared to what was exercised in 2015.

“If before they budgeted 10 pesos to a federal program, at least two pesos landed at the Peak or the Cofre, for their conservation or reforestation; Now nothing goes down, it’s unfortunate, ”explains Martín Moreno, manager of the Villas Pico de Orizaba hotel, which is located 3,400 meters above sea level, the last habitable place near the top of the volcano.

Due to budget insufficiency and government indifference to protect both volcanoes, in the state of Veracruz there are only eight rangers authorized by Profepa to “watch over” the 17,500 hectares of the Pico de Orizaba and the 11,530 of the Cofre de Perote.

Moreno exemplifies: in the town of Plan de la Muñeca, municipality of La Perla, the residents “cooperated” three years ago and built a tower and a guardhouse for a federal government forest ranger, but he never arrived: “There he stayed the tower was never used; they do use the hut, but the loggers for sleeping and camping. The complaint was filed and nobody did anything ”.

Raúl Álvarez Oceguera, director of the Cofre de Perote and Pico de Orizaba national parks, admits that another problem is the existence of “sawmills” with forest use permits that lend themselves to “washing wood”, that is, to legitimize trees that have been dismantled and obtained illegally. Such a big problem – admits the federal official – as the cloning of permits, where loggers carry out the “clearing” of trees with apocryphal licenses.

In addition to timber trafficking, criminal organizations such as the Jalisco Nueva Generación Cartel and Sangre Nueva Zeta diversified their activities with theft from transporters, robbery of trains, as well as expanded the “collection of fees” to Central American migrants.

Álvarez Oceguera points out that these criminal groups have repelled the rangers who try to combat clandestine logging with “threats” and sometimes with “fire” – shots in the air. “Is a reality; the huachicol and those who benefited from it stopped. They found in illegal logging a way of obtaining illicit resources ”, he says.

The spokesman for the prosecution, Mario Lozano, reported that 10 investigation files have been initiated for the crime of felling trees in 2020 and six criminal complaints have been filed so far this year. Only three complaints were filed for the same crime in 2017 and one in 2018. In other words, the number of complaints is increasing.

“Before you could hear one or two chainsaws working a day; Today up to 10 can be heard in the mountains, ”explains Álvarez Oceguera.

Illegal logging occurs every day at more than 3,000 meters above sea level and has already begun to affect the main urban centers. Narave gives an example: there are more and more water runs in the state capital and surrounding municipalities. The tandeos are used by the water commissions in different municipalities of Veracruz to dose the supply in various neighborhoods of the main urban centers. “We have not realized that the recharge of aquifers is already a problem. With each passing year the sessions are longer and more extensive ”, says the UV professor.

Narave finds much indifference from the current government of Cuitláhuac García Jiménez in environmental matters. Sergio Rodríguez Cortés, a former PRD deputy who has worked the same in the government of the PRI Javier Duarte as in that of the PAN Miguel Ángel Yunes, or now with the morenista García Jiménez, was placed in the Environment Procurator’s Office, but has no experience in the environmental issue.

To carry out this report, the head of the Ministry of the Environment, Juan Carlos Contreras, was sought, who excused himself for having only “two days” in office, for which he redirected the request for an interview with the head of the National Commission Forestal, Héctor Mota. He dissociated himself from the issue and asked to “channel” the request for information to Semarnat or another instance. The bureaucracy remains in their seats without intervening in the concert.

In May 2019, the Cofre de Perote National Park Advisory Council was installed. Governor García stated that it was important to “establish policies and mechanisms of sustainability” and of service to society so that, through productive economic activities, the conservation of protected natural areas could be achieved, but the coronavirus pandemic arrived and the advisory council it never came back in session.

Meanwhile, on the heights of Cofre de Perote and Pico de Orizaba, as well as the mountain ranges that unite them, in a permissive clandestinity due to criminal intimidation towards forest rangers and government indifference, the chainsaws continue their murderous symphony.

Report published in the 2347 issue of the weekly Process, whose Digital version you can buy here.