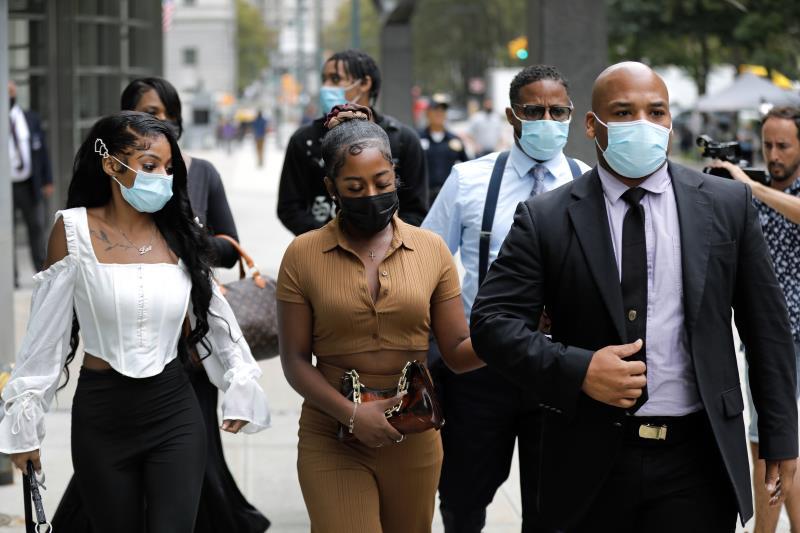 New York, Aug 18 (EFE) .- The trial for sex trafficking against singer R. Kelly, nicknamed “the king of R&B” in the 90s, began this Wednesday in New York with the opening statements of the Prosecutor’s Office Federal, who described him as a “predator” by exposing his interactions with various women and girls.

Robert Sylvester Kelly, 54, is charged by the United States Attorney for the Eastern District of New York with crimes of organized crime, coercion and transportation of women and girls for illegal sexual activities in the United States for two decades, charges similar to those he faces in Chicago, where he was behind bars from his arrest in 2019 until last June.

“This case is about a predator who for decades used fame, popularity and a network of partners to deceive girls, boys and young women for his own sexual purposes,” Assistant US Attorney Maria said this morning in federal court. Cruz Meléndez, quoted by the NBC News channel.

The prosecutor exposed her interactions with six women and girls – including Aaliyah, who died in a plane crash in 2001 – whom she referred to by her first name and who were between 16 and 22 years old when they suffered the alleged abuse by the singer, some of whom are expected to appear as witnesses in the process, according to local press.

Authorities noted that two of the female witnesses appeared in the documentary “Surviving R. Kelly”, which generated strong scrutiny over the singer and led to his indictment a few months later.

In the trial against the author of the famous song “I believe I can fly”, which will last approximately one month, the verdict of a jury made up of 7 men and 5 women who will remain anonymous will be decisive, in line with other measures of privacy as the veto of the press and the public in the room.

Kelly’s defense took its first opportunity to address the jury to cast doubt on the future testimonies of the alleged victims, suggesting that they will be full of “exaggerations” and “falsehoods” to the point where “not even the government will be able to unravel. the mess of lies “.

The artist, who was acquitted in 2008 in a child pornography trial, has pleaded not guilty to the charges and claims that the young complainants were followers who “were dying to be with him”, and that they only began to accuse him of abuse years later. , when the MeToo movement gained traction.

In addition to the federal charges he faces in New York and Chicago, Kelly is the target of statewide indictments in Illinois and Minnesota.