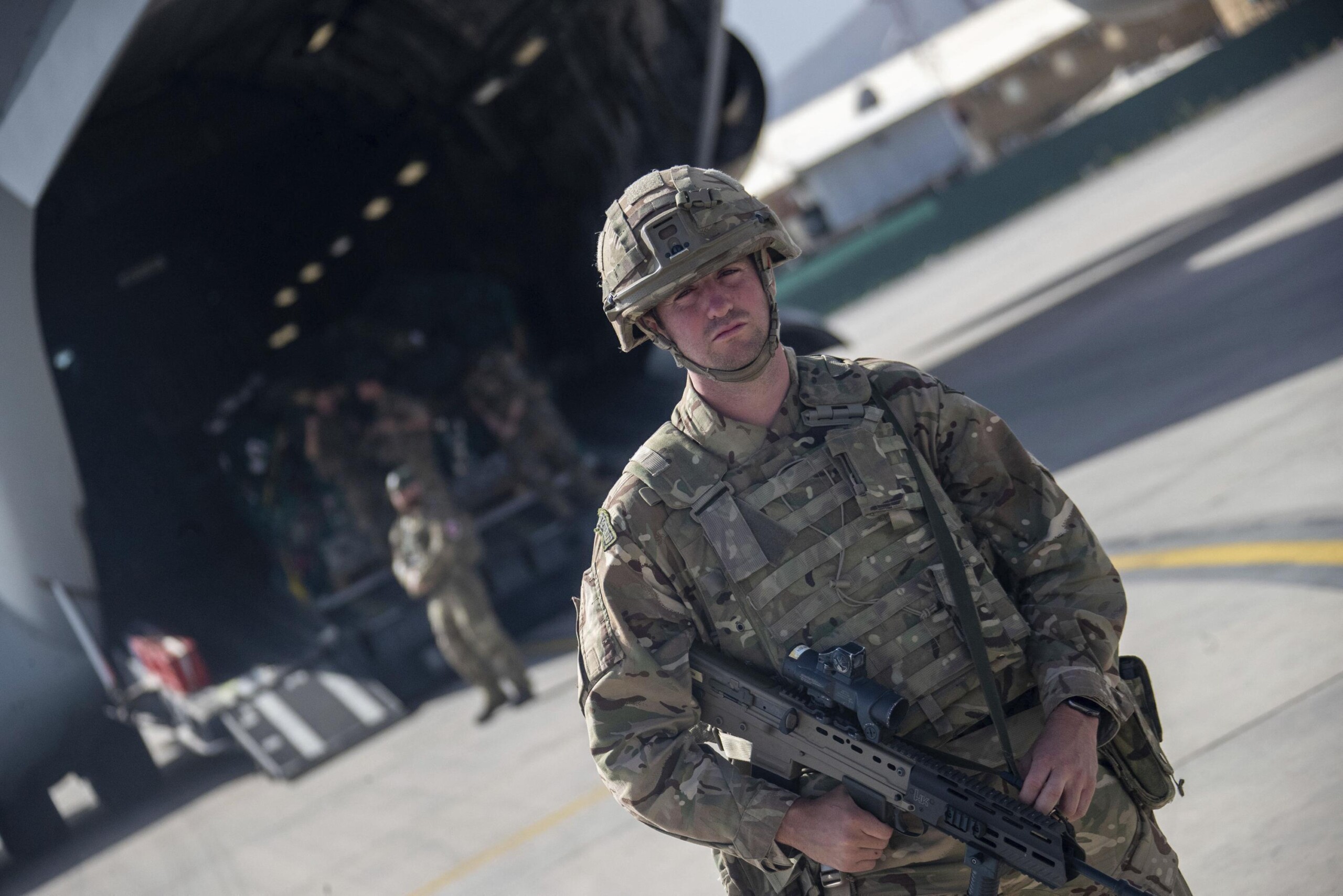 KABUL (AP) – A US airstrike on Sunday targeted a vehicle carrying “multiple suicide bombers” from the Islamic State of Afghanistan affiliate before they could attack the ongoing US military evacuation at Kabul International Airport, they said. The authorities.

There were few initial details about this incident, as well as that of a rocket that struck a neighborhood northwest of the airport and killed a child. Initially, the two attacks appeared to be separate incidents, although information on both was scarce.

Taliban spokesman Zabihullah Mujahid said in a brief message to reporters that the US move targeted a suicide bomber driving a vehicle loaded with explosives.

Two US military officials, who spoke on condition of anonymity, said the airstrike was successful and caused “major secondary explosions,” indicating the presence of a substantial amount of explosive material in the vehicle.

The bombing was the second by the United States since last week’s suicide bombing at the airport that killed more than 180 people, including 13 American soldiers. On Saturday, a US bombardment in Nangarhar province killed a member of the Islamic State believed to be involved in planning attacks against the United States in Kabul.

For his part, Rashid, the Kabul police chief who, like many Afghans, has only one name, reported that the rocket that killed the boy fell on Sunday afternoon in the Khuwja Bughra neighborhood of the Afghan capital.

Video obtained by The Associated Press after the attack showed smoke billowing from a building at the site about 1 kilometer (half a mile) from the airport.

This comes as the United States culminates a historic air operation in which tens of thousands of people were evacuated from Kabul International Airport, where scenes of chaos have occurred since the Taliban took over the country two weeks ago. Following last week’s attack, the Taliban stepped up security around the airfield. Britain ended its evacuation flights on Saturday.

Separately, on Sunday a Taliban fighter was reported to have shot dead an Afghan folk singer in an unstable mountain province under unclear circumstances.

The crime rekindled fear among activists that insurgents would reinstate their harsh rule in the country after their lightning offensive toppled the government.

US Army cargo planes continued to arrive at the airport Sunday ahead of Tuesday’s deadline set by President Joe Biden to withdraw all troops after America’s longest war.

The murder of the folk singer on Friday occurred in the Andarabi Valley, which gave him his name, an area of ​​Baghlan province about 100 kilometers (60 miles) north of Kabul. The valley has seen violence since the Taliban conquest and some districts fell into the hands of militants opposed to the Taliban. The Taliban say they have retaken these areas, although neighboring Panjshir, in the Hindu Kush Mountains, remains the only one of the country’s 34 provinces that they do not control.

Fighters had already visited and searched Andarabi’s home and even had tea with the musician, his son Jawad Andarabi told The Associated Press. But something changed on Friday.

“He was innocent, a singer who just entertained people,” said his son. “He was shot in the head on the farm.”

His son said he wanted justice and that a local Taliban council had promised to punish his father’s killer.

Taliban spokesman Zabihullah Mujahid told the AP that the insurgents would investigate the case, but that he had no further information.

“There is mounting evidence that the Taliban of 2021 is the same as the intolerant, violent and repressive Taliban of 2001,” Callamard wrote on Twitter. Twenty years later. Nothing has changed in that regard ”.