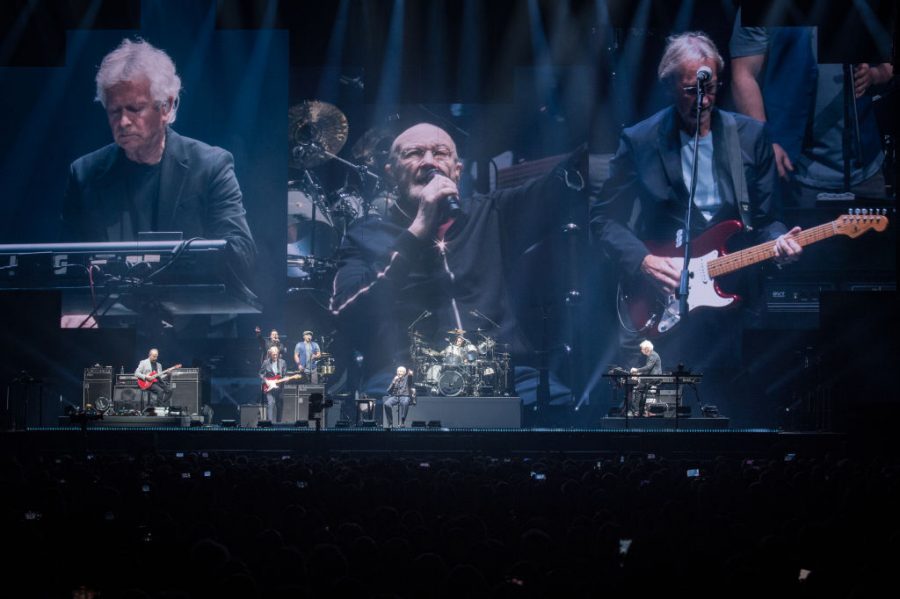 During this weekend, the english band genesis performed his farewell concert at the O2 Arena in London. The show was followed with great expectation by the group’s fans and one of the things that most caught our attention was the presence of Phil collinswhich had to sing sitting down at all times due to health problems.

The delicate state of health of Phil Collins, was important in the decision of the band to retire from music, Collins carries health problems that keep him in a fragile and deteriorated condition. The artist, who has back problems, has been replaced on drums by his son, Nick Collins20 years old.

“This is a very special night”Collins said. “It’s the last stop on our tour and it’s the last show for Genesis. It’s hard for us to believe they came to see us.”he pointed.

“I guess after tonight we’re all going to have to get real jobs,” Collins joked at the end of this concert, which was scheduled for late last year.

From Friday’s gig. There’s no better band in my life and I will miss them so much. Here’s #carpetcrawlers quite honestly a classic that babies should be forced to listen to so they grow to love “real” music #O2Arena #genesis @PhilCollinsFeed @WorldofGenesis @genesis_band pic.twitter.com/DpFk6IcNQh

It should be remembered that Phil Collins’ health problems began in 2007, as part of the Genesis reunion tour, when he ended up with a dislocated vertebra in his neck. This led to nerve damage in his hands, forcing him to give up drumming. Added to this was a domestic accident in 2017.

In addition, in the final concert he was peter gabrielwho had not been part of the band since 1982.

From tonight’s end #Genesis show in London (from left): #PeterGabriel, #Phil collins, and Richard McPhail (long time friend and tour manager in the ’70s). If you’ve not read Richard’s book on Genesis, you should. @genesis_band @itspetergabriel @PhilCollinsFeed pic.twitter.com/Zsmo0WMGr1

Until always, Genesis: The last and emotional concert of the band