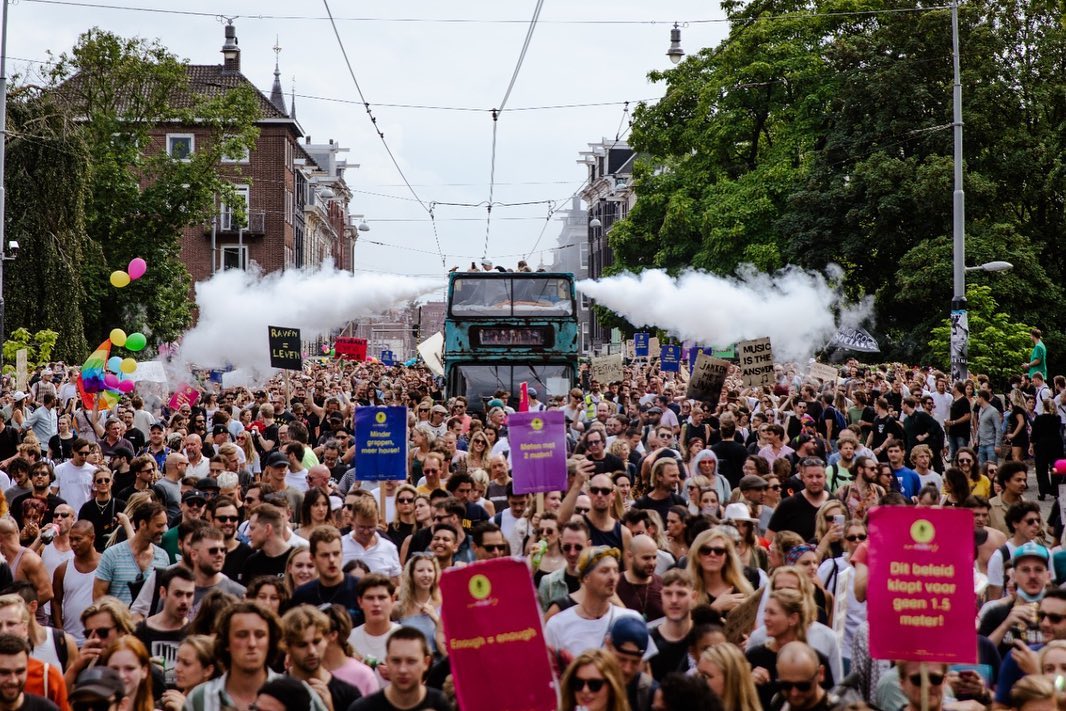 Yesterday the UnMuteUs protest was carried out through which more than 450 owners of clubs and organizers of Dutch music festivals made the call to the general public to together ask for the return of clubs and music festivals to the country despite the COVID pandemic -19.

According to the social networks of the protest, more than 70,000 people demonstrated in several cities against the corona measures that hit the events sector hard. For the UnMuteUs campaign, protesters took to the streets in Amsterdam, Rotterdam, Utrecht, Groningen, Eindhoven and Nijmegen.

Together they demanded that the events be allowed to run at full capacity again from September 1.

Niek Murray, right-hand man of Jan Smeets (Pinkpop), participated in the demonstration in Utrecht. He described the action as “A party, a protest and it shows that this type of meeting is possible”. On the other hand, Loomans from RTV Maastricht stated that “This is the least we can do to make ourselves heard. We suffer a lot for it and I mean mainly our team, our artists and our audience.

In recent months, the relationship between world-renowned Dutch festival organizers and the government has fractured, to say the least. Despite high hopes for a triumphant return of Tomorrowland in 2021, to take one example and among other events, festival organizers continue to cite a lack of clarity in government regulation and direction as the cause of its indefinite postponement.

Notably, ID&T, the country’s largest festival production entity, recently took the Dutch government to court in hopes of receiving clarity on the way forward for mass events. However, nothing positive came of it, and now a group of Dutch festival owners plan to come together to make their voices heard on August 21. Festivals such as Mysteryland, A State Of Trance, Best Kept Secret and Amsterdam Open Air are among the many that have signed up to march in protest and “turn on the sound” of the Dutch events sector.