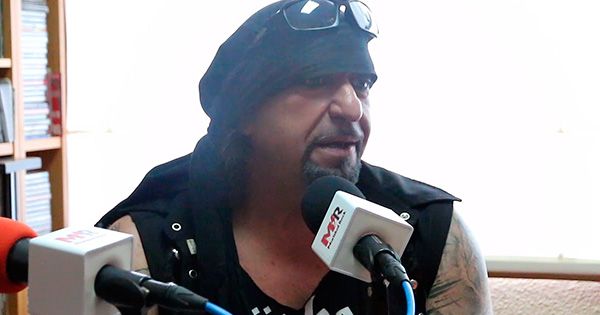 We continue to cross out days waiting for the September, 10th, at which time it will be published ‘Black flag’, the long-awaited new work of Wizard of Oz. Not long ago, from the top of the ship, Txus of Fellatio he told us how Mägo de Oz was a band to enter the world of metal, apart from how beer inspired him, also revealed to us the Spanish musician who seems to him a genius, in addition to his obsession with Darth Vader, the moving lyrics about euthanasia to “I want you to turn off my light”, or the condition of Mägo de Oz as a group for all audiences, with the good and the bad.

In the interview with Txus of Fellatio who starred on the cover of the special issue 433 of La Heavy the possible repertoire for the next tour was also addressed. Juan Destroyer I was clear that the show will begin with the two initial cannon shots of the album, “The island of the seven skulls” and “On boarding”. Txus, for his part, confirmed it this way: “By age we should start with the ballad so as not to make a fool of ourselves. We are definitely unaware. It is a very intro from ‘The Legend of La Mancha’, more Celtic than orchestral and with very powerful guitars, and it is intended for the live performance. The curtain falls, you hear the cry of “Boarding”, explosions and we begin. I can’t help it, I’m very Maiden ”.

This and other stories you can find in the La Heavy issue 433, a special issue in which you will also enjoy content about Volbeat, Powerwolf, Bon Jovi, Metallica, King Gizzard O Tete Novoa, lead singer of Saratoga. Run to your usual kiosk or visit our Online store.