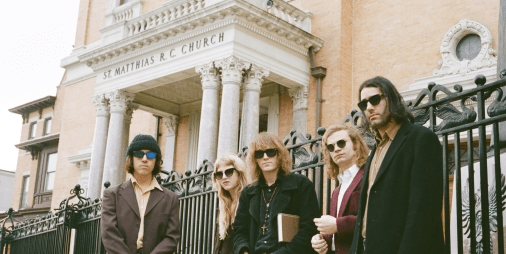 CASTELLÓ. We are the “fucking masters” of vaccination and the incidence of Covid finally puts us at low risk of contagion. Restrictions drop and people dance again. But there are things that will take time to return. Let’s get ready for a year with a busy concert schedule, but less international than we would like. The British, North American and Australian groups – that is to say, the heavyweights of the industry – will not be dropped by Spain with the frequency to which we were accustomed. In return, we will enjoy French, Nordic, Italian bands … Many national promoters agree in their forecasts: the new normal will probably not arrive until autumn 2022.

This two-year drought may have made us forget that just before the pandemic broke out, it was very common to find ourselves in the dilemma of choosing which concerts to attend for a week. He didn’t give us the time or the money. Let’s do the exercise of looking for the underlined appointments in the October 2019 calendar, limited to a medium-sized city like Valencia. In mine they appear in red Palace, Early Day Miners, Julie Dorion, Mark Lanegan, Dawes, Sebadoh, and for dessert the Funtastic Carnival of Benidorm, with a 90% international lineup made up mainly of Australian and North American bands. That’s the old normal we mean.

“My impression, based on the experience of the last few months, is that the tours of international artists in Spain will not be normalized until after the summer of 2022. In summer there will be more movement for festivals, but the small and medium venues are different ”, he says. Victor Fernandez, from the Madrid booking and management agency I Wanna, which has more than twenty years of experience in the sector. “We had several big things planned for May, but we are going to have to postpone them. Most North American groups decide not to come to Europe because they are concerned that each country has its own restrictions., which also change suddenly. In addition to the added cost, there is always the danger of being canceled. All this it is a risk that many groups cannot afford”. Here, Victor corroborates, the only ones who are saved from this are the great artists who move thousands of people.

The “cocoa” of Brexit

The difficulties that North American bands still find in touring Europe are, saving distances, comparable to those of their Australian or New Zealand colleagues. However, the most striking void that we are going to find in the coming months, and that affects Spain very especially, is that of the British bands.. Covid, Brexit and the regular diplomatic relations between the two countries in matters such as the movement of workers have created a perfect storm.

On October 4, the British music magazine NME published a extensive report in which he dealt with this question. Basically, the problem is that Spain is one of the very few countries in the European Union that have not reached an agreement with England after Brexit to allow its artists to freely tour our country.. At the moment, and at the expense of the pressure from promoters and managers making a dent in the rulers of both countries, the situation is as follows: if a band of five musicians and two technicians comes, each of them has to pay a fee. work permit that is around 500 euros
per person (between £ 300 and £ 400). “Apart from money, there is the problem of the paperwork that they have imposed and that previously did not exist. It’s not easy, and it forces you to ask a lawyer for help, ”says Víctor Fernández. “All this does not happen with Germany, France or Italy. And neither does Spain demand it from other countries ”.

“EThis situation mainly affects small and medium-sized groupsThey basically have two options: either they take a risk and come as tourists or they give up playing in Spain. If a band with a small cache has four dates and permits cost them 1,500 euros, which is more or less what they were going to earn in total, logically they cancel the tour ”, adds Fernández. “The association of Spanish promoters is trying to apply pressure, but it is not even a matter that depends on the Ministry of Culture, but also on Foreign Affairs and Labor. That makes everything much more complicated ”.

Adrian Martinez, who works as a promoter and tour manager with his agency Squirrel Moves and for the record label Sound Boy, gives us an example of the problems that occurred after Brexit. “We had closed Sleaford Mods for the Canela Party in Malaga before England’s exit from Europe was signed. Then came the pandemic and we had to postpone the festival. By the time we rescheduled it, the group told us that we had to renegotiate the conditions, because suddenly they had a visa expense of 2,000 euros that had not been counted on ”.

“The bands of the rest of the European countries are beginning to move quite normally. The Americans are another thing ”. Martínez also thinks that it will take time to reach Spain as they did before. “They are greatly limited by the uncertainty of knowing that each country has different regulations. I personally believe that until the beginning of 2022 we will not see many international groups in Spain. I am referring to the small and medium-sized ones, because, in fact, there are going to be curious circumstances, such as Metallica and Beyoncé playing in the same venue in the same week ”.

“And then there are very particular cases, like that of Argentine groups, who also have a difficult time coming here because the Sputnik vaccine is not yet recognized. “Some come anyway. In the end, diplomatic issues between embassies come into play in these things. A group from Mexico has fewer obstacles to come to Spain than one from Colombia, to give you an example ”.

Another obstacle: the veto of the great festivals

Jose Luis Cuevas, from the agency Born! Music, is based in Castellón but his work as a promoter is mainly focused on organizing tours of international groups in Spain and Europe. He is also the programmer of the Sons and Encontres Musicals cycles, as well as the Castellón CinemaScore film and music show. We called him and discovered that both his analysis and his future projections are very similar to those provided by Adrián Martínez and Victor Fernández.

“British industry is by far the most powerful in Europe; is the largest broadcaster of touring artists, and we are a very important market for them too. The fact that in many neighboring countries English groups are not asked for a visa, or they are given 30 days of margin to circulate freely, and that, on the contrary, we request a very expensive visa, makes all this a disaster. The problem is not only the added cost, sometimes borne by the promoter and sometimes the artist, but also the paperwork is considerable and the process is very slow. At the beginning of May we had to cancel Errol Linton’s concert at the Serdanyola blues festival because his visa arrived two days after the festival was held ”. As a consequence of all this, this promoter tells us, his agency is currently focusing on national tours of artists such as Laetitia Sadier (France) or Jay-Jay Johanson (Sweden).

Cuevas gets wet, and points out another factor that adds to this perfect storm: “In this country we have a monster that is the Primavera Sound, which closes exclusive contracts with the artists it programs. Until they play at the festival, they can’t tour the country’s theater circuit. If we take into account that this year, due to the cancellation of the previous edition, the Primavera will occupy two weeks and will bring at least 400 artists, most of whom are international… imagine! In Born! Music, for example, until November next year we can’t program Low anywhere. This is the reason why I think that until autumn 2022, when all the summer festivals have passed, we will not have a normalized concert schedule in theaters ”.

“This whole situation has had a positive effect on Spanish gangs, who have had more opportunities to move within Spain, and that has helped them to grow. It is very noticeable how the quality of their live shows has increased, because they have played more. As in all trades, the more you practice, the better you do. Now the next step is for them to take the leap outside of Spain ”.

“For venues it is very important to program outside bands”

The testimonies of professionals in the sector leave no room for doubt: the The main victims of this situation are small and medium-sized groups and promoters; the concert halls and social centers and, finally, the public. “In the end, a market with fewer possibilities is a diminished and insufficient market,” says Cuevas. The tours of international artists are important to get in touch with other musical cultures, and help local artists to enrich themselves and grow ”.

“For the venues,” says Pepito, of 16 Tons, “programming outside bands is very important. For one like ours, with a capacity of about 300 people, they are concerts that have a lot of risk, but when they work they are the ones that help you the most economically ”. “They are offering us international groups, but the North Americans are postponing their concerts until the end of the season, between May and June. I think that the rooms are going to take a long time to reach true normality ”.

We end this report with a question: When will Spanish artists return to tour abroad normally? “We are already reestablishing tours of Mexico that we had to postpone due to the pandemic,” says Adrián Martínez. Affection travel there next week; Sen Senra will do it later this year and Carolina During He has it pending too ”. “Now we have Hinds tThey are in the United States, but it has cost them their lives to get the work visa they ask for from foreign bands, which costs about 1,000 euros per musician. In the end we had to process it through his English record company. I mean, that’s something that Hinds can do that already has some recognition there and they are going to do twenty dates at once. But for a smaller group it is unthinkable ”.