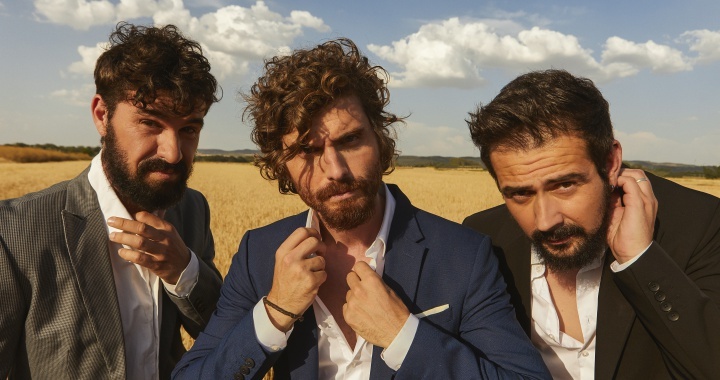 There are artists who manage to catch us completely and have us traveling through their discography every hour of the day. They are the creators of songs that end up becoming companions in life, travel and adventure.

Your other pretty It is one of those groups that brings a ray of light to the saddest days. His songs full of good energy have inspired many other music lovers. One of them is Sara carbonero, the presenter who has declared eternal love for her songs.

According Mondosonoro, the band was born in 2008 that began with Pablo González (the bass of the group), whose objective was to give his style a spin. As a result we have a fusion of flamenco and other chords that make listening to their songs a unique experience.

But its members were changing and currently the group is made up of Héctor Lacosta, Félix Vígara and Alberto Vallecillo. The first of them is the singer-songwriter. Félix is ​​the one who plays the guitar and Alberto, the percussion.

Already in the beginning they began to publish songs that little by little were captivating YouTube users. Pajaritos de Papel is one of the most recognized of its beginnings. Juanito Makandé and Ladilla Rusa are some of the artists who have worked with our protagonists and who have given us all a dose of good vibes. Happiness of living it is already a hymn. You sure have heard it!

Now they present their fourth album Cream, of which Sara has declared herself a huge fan. On the group’s website, the presenter has given them some beautiful and heartfelt words with which she wanted to present this musical project that is part of her daily soundtrack.

“It was in the summer of 2017, traveling by car through Menorca, with the wind in my face, the salt still on my skin and very few worries in my suitcase when I first heard one of the most rogue songs of“ Tu Otra Bonita ”, begins by remembering Chickadee.

Traveling through his phrases, he describes the group as one of the “most unique on the current music scene, which has gained recognition thanks to its fusion of rhythms and songs, from indie miscegenation to rumba”. They have so captivated the woman from Toledo that is going to become the protagonist of his new video clip that will be released on September 14.

And you, do you join the rumba of Tu Otra Bonita?