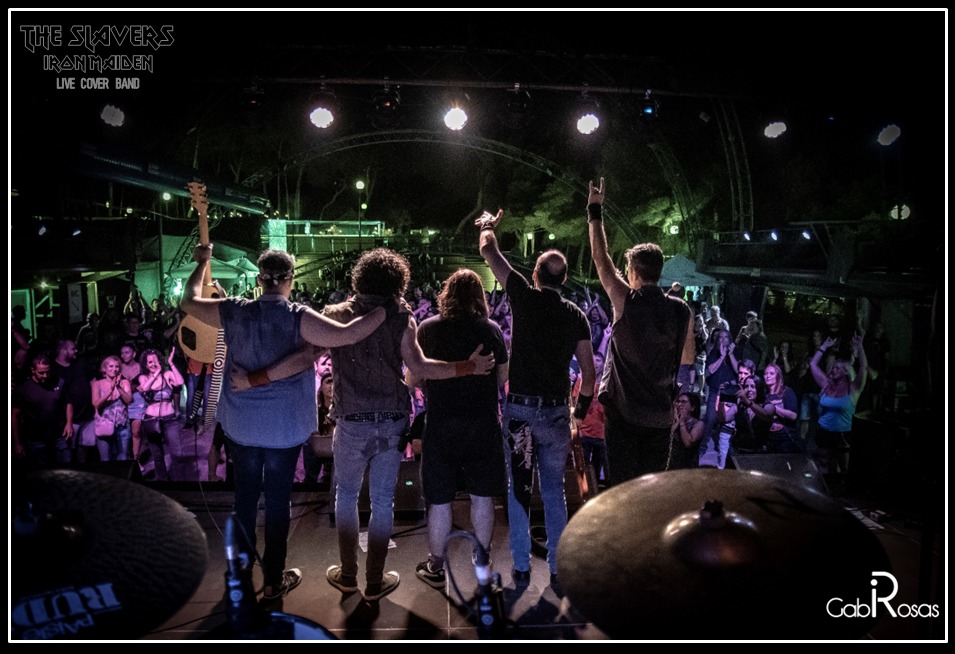 The world of tribute bands seems totally alien to our scene given the high level of “hate” they receive on networks. But then their concerts are full of people, more than with underground bands that are born. We spoke with one of the most important promoters of this type of concert in our country, Ernest Salvat from Bones Factory.

Ernest started with this as just another musician from Barcelona who wanted to play Iron Maiden songs with his group, specifically the tribute band The Prisoner. A change of scenery in Madrid made him leave it, but he returned to Barcelona and that led to his expanding forces to found The Slavers, the most powerful tribute to Iron Maiden at the national level today, and with him to organize shows . The opportunity he saw there moved into Bones Factory, a promoter that organizes tribute band pack tours with a concept behind it.

This Friday it organizes a tribute to the Big 4 of thrash metal in Barcelona in which fans can enjoy legendary songs by Metallica, Slayer, Megadeth and Anthrax, but it also organizes a tribute to the greats of British heavy metal with its own tribute to Maiden from the hand of Judas Priest, Saxon and Motörhead and an ode to hard rock with tributes to Rainbow-Deep Purple, Mötley Crüe and Aerosmith. This is what he has told us about his start in this world and how tribute groups work and the promotion of their shows.

You play in an Iron Maiden tribute group, The Slavers. How did all this start to set up a group of this style? Was it difficult to go forward with this project instead of with a band with your own material?

The idea of ​​forming The Slavers as a tribute to Iron Maiden is not the most original that has occurred to me since The Prisoner and The Clansmen existed in Barcelona. Only that from the beginning I thought of a tribute that would not only pay homage to the band and its discography but also to the most important of its members… good old Eddie The Head. Our idea is to pay tribute to the whole world of Iron Maiden, even in the way of planning our tours and scheduling our activities, generally a little more than a year in advance.

Of course it is easier to reach the public with the music of such a well-known band and also of such quality; however, you have to have certain skills to make some covers that are to the liking of the Maiden fan, who is already very demanding. You have to dedicate many hours of individual and collective rehearsal to interpret these songs.

At what point do you decide to start putting on these tribute concerts?

Long before entering The Prisoner… we are talking about more than 12 years ago, only that the conditions were not given for many of the bands that emerged at that time and they had to accumulate a certain individual filming to later get together in the posters that are now presenting Bone Factory. It is a premeditated plan and studied in detail, with a project that does not end with the current tours.

Before that, did you organize any other kind of concerts -even if they weren’t tributes-?

No, I started in this organizing the first tour of The Slavers and inviting another band with whom we shared the bill in our first “sixpack”, which led me to study very well the promotion and logistics to move two bands simultaneously. That was the first phase of this project that I mentioned earlier. First organize a local tour of two bands, then leave Catalonia with The Slavers, then do local festivals and then organize national festival tours… and at this point we are.

When do you realize that a tribute band gets more people than a local group? It was before or after playing with your own tribute group.

We never really thought about how many people would come to see our tribute. We put it together and that’s it, especially because 10 years ago, when together with Jorge Cabrera, Jordi Farreras, Ignasi Bocanegra and Lluis Huguet I started with The Prisoners, there was no “virtual dispute” between those who support the tributes and those who don’t. Then I had to go to Madrid for work issues and I had to leave the band so that, years later when I returned to Barcelona, ​​I would return to the fray with The Slavers.

The volume of the public at each concert is relative, because it also depends on the promotion that is done, how striking it is and the commercial image that the group sells. A group of their own songs with a good commercial image and that invests time and resources in promoting themselves will surely have no problem getting people to their concerts -provided that their music is good-. If it is not, they can already be ruined by advertising that will be very difficult to gather public, as can happen to a tribute that does not offer a minimum of quality.

What tributes are the ones with the most pull?

Of course AC/DC, MetallicaGuns N’ Roses, Iron Maiden, Bon Jovi, Kiss, Rammstein… They are bands capable of filling stadiums today and their tributes, if they do it well, can capture part of their audience, which gives them a significant mass of potential attendees from the beginning.

How many people, on average, does a tribute band usually have in each of its concerts?

It depends on the room and the trajectory of the band. There are posters with only a couple of tribute bands that can fill the Salamandra room in Hospitalet de Llobregat or the Bóveda room in Barcelona, ​​which have a capacity of 650 and 450 people, respectively.

When booking a venue for a concert of this type, are the venues more open to an event of tribute bands than of local/national groups?

It really is the opposite. Many venues have already banned tributes and to book an entire tour you have to write to 100 venues to end up scheduling 12 concerts. Some rooms, as well as specialized press, already say directly that they do not work with tributes and it is respectable. It’s their house and they invite whoever they want.

It is true that there are criticisms, but it is like everything since social networks exist. A small group that makes a lot of noise can seem like a crowd, which is why tribute concerts see a lot of attendance even though the networks are full of critical messages. In fact, the networks themselves are a good “exit poll” on this matter. On Bones Factory posts you will see positive reactions with lots of likes and two or three negative comments, to give you a number.

What is usually the target of this type of concerts? (age, gender…)

The target for the tributes is mostly the sector that is old enough to have grown up listening to the original bands. However, at the last Rocking Hard festival held in Barcelona, ​​I was able to observe a dozen boys who were not even 25 years old jumping and shouting Deep Purple songs at the top of their lungs. That is an incentive to keep working hard. 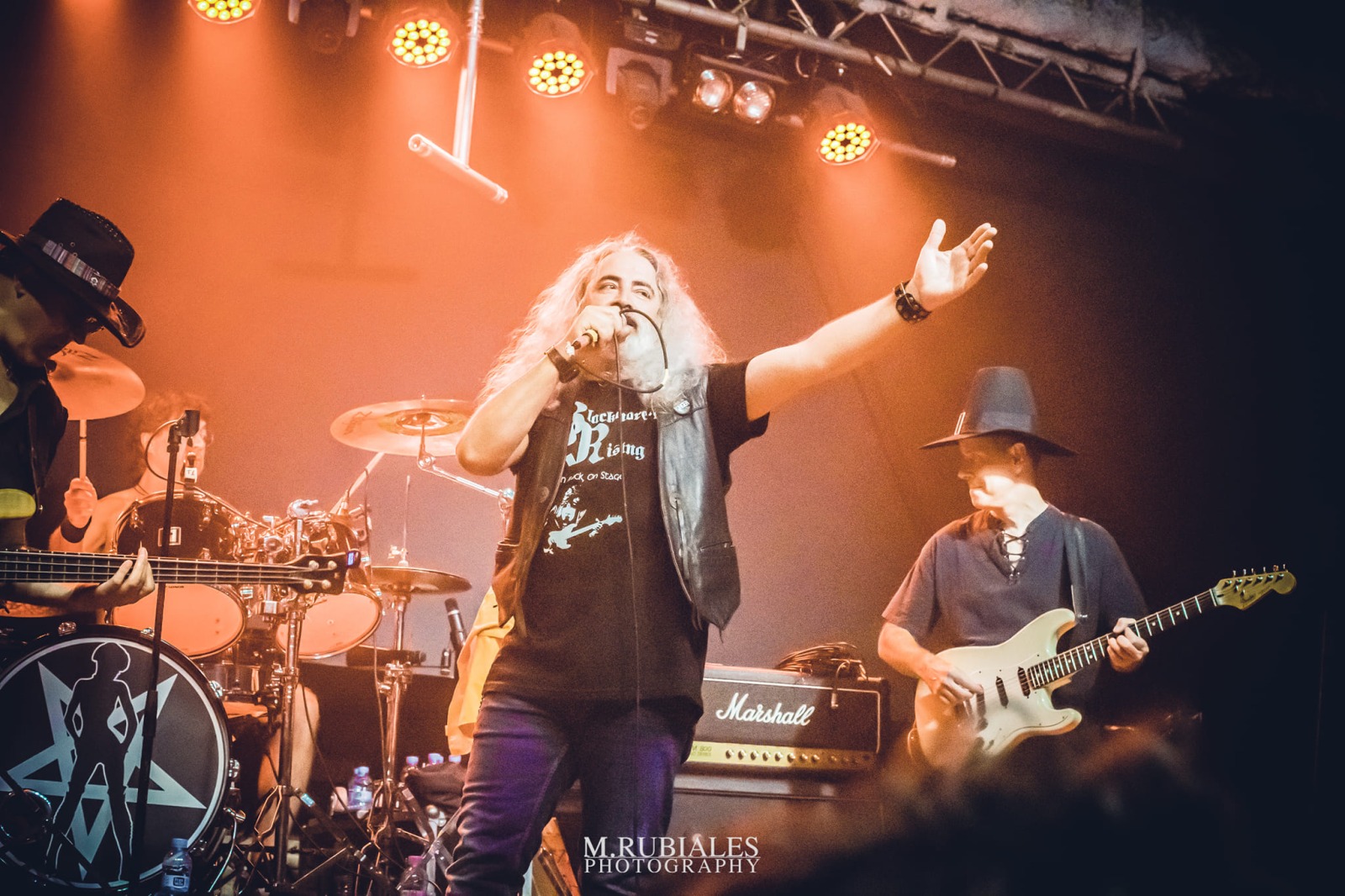 This music is immortal and only needs a project and a level of organization that allows you to continue enjoying it live so that new generations get excited listening to hymns that surely in a few years will no longer be performed by their authors. Those who now criticize the tributes in less than a decade will surely long to sing their favorite songs live.

Are the caches of the tributes higher than those of most national groups -excluding the Mägo de Oz, Sôber, Saratoga, Angelus Apatrida, Crisix…-?

I do not know for sure. There are bands that, due to their staging, have a high cache, but it always depends on what the promoter offers them. As far as Bones Factory is concerned, we offer a package of concerts accompanied by advertising in specialized media (magazines, radio, web) that allows them to negotiate a lower cache than what they would charge if they were only offered an isolated concert only with promotion on Facebook. .

Do you think that live performances by tribute bands is something that is on the rise, that it will always have a “stable” audience or that it may be a bit on the decline? As a promoter of this type of event, what trend do you see?

Currently it is difficult to measure whether there is a boom or bust in attendance because the entire sector has suffered. What I am sure of is that the tribute bands that now take a step forward and manage to make a leap in quality in their show will be the ones that do not lose the influx of people at their concerts. Bands that present themselves as a group of friends who play in the corner bar are very valid, but they will hardly survive the current wave of tribute bands since each neighborhood will have a tribute playing the same songs in the pub without offering something to the viewer that is worth paying a ticket for.

The issue of tributes is something that is talked about a lot in Spain with performances at festivals, tours like the Big 4 that takes place this Friday in Barcelona… but what references do you have to this type of show in the rest of the world? of Europe -or of the world-?

I have no information on anything similar to what we currently have on the agenda. In other words, joining the Big 4 Tribute and the Tribute to British Heavy Metal in two parallel and coordinated tours to pass through the same cities and venues is something in which we consider ourselves pioneers. It is bringing the organization, planning and logistics of the big festivals and the big tours to a tribute level and neither in Europe nor in the rest of the world have we seen anything similar. 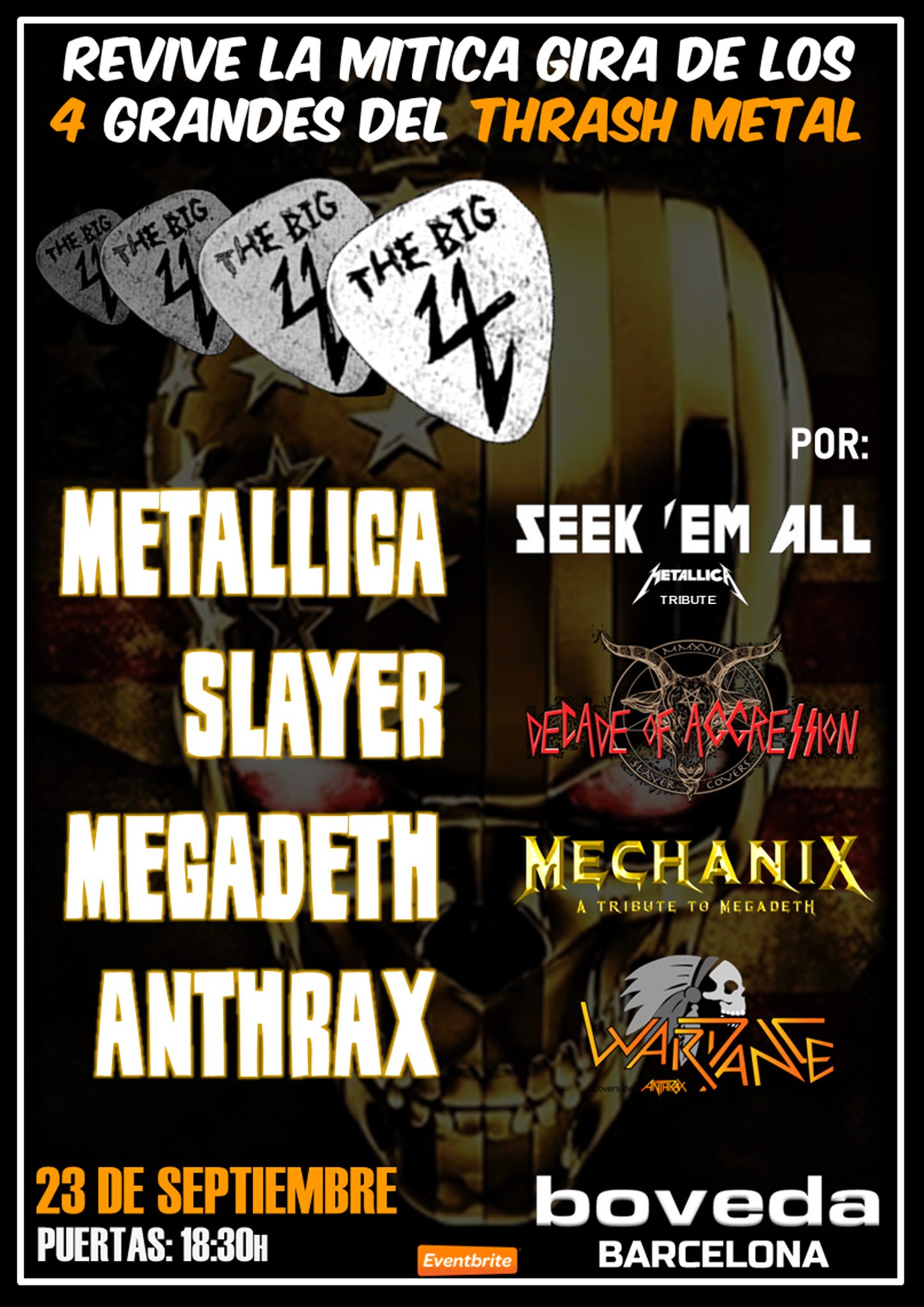 I know that in the United States the Big 4 has been done in some city, but little else. We are very lucky in Barcelona to have tribute to the most important hard rock, heavy and thrash metal bands and the idea of ​​Bones Factory is to take them, for the time being, to the rest of Spain through its project.

Tributes from within: bands that fill more than local (and international) groups | Metal Circus